Snapchat is the most fun way to communicate with your friends, and it’s always had this reputation since its release. The original fire emoji on Snapchat allows you to indicate who you have a Snapchat streak with – you can also change the streak emoji to another emoji.

Snap streaks have always been a competition between friends and the more you have; it sorts of indicates how long you’ve had a good social relationship with that person. Having a long streak with a lot of people can also make your Snapchat score high – the more streaks you have, the higher your Snapchat score increases every day.

People may also look at you as a Snapchat nerd if you have a long streak with someone, so it can also be a bad thing.

When Did Snapchat Streaks Come Out?

Before I show you the longest Snapchat streaks, you’ll need to know when Snapchat streaks came out, so you know how high a streak can be. Knowing the release date will help you indicate when someone is lying about how long their Snapchat streak is because you know the possibilities.

The Snapchat streaks feature came out on the 6th of April 2015 alongside the other features such as Snapchat best friends. However, it’s reported that people had up to a 12-day streak on the day the feature was released, meaning that the feature was actually released 12 days before the announcement date on the 6th.

This date means that the biggest a Snapchat streak could be as at the time this article was updated, is 2,587 days. Since millions of people use Snapchat and have been carrying streaks since the 6th of April 2015, the longest snap streak ever is 2,501.

When Did Snapchat Come Out

Snapchat itself is an app that came out in 2011 which is a decade from now and the app has evolved a lot, with lots of new features coming out along the way. One of them was the Snapchat streaks feature that came out in 2015 and from then on, any streaks that you’ve had since then would have been recorded. The feature is still a key feature in Snapchat and is a key motivator for the gen z audience to continue using Snapchat.

How Do Streaks Work?

Snapchat streaks are a way to prove that you’re someone’s BFF which is why people are so obsessed with it, along with unlocking all the trophies Snapchat has in terms of streaks. Snapchat streaks work but you red snapping someone vice versa at least once each ever 24 hours for more than 3 days.

Once this happens, you’ll see the fire emoji next to their name along with a number. This number corresponds to the number of days you have snapped your pal. The longer you red snap each other every day, the higher your Snapchat streak will be.

Who Has The Highest Streak on Snapchat

Since the release of the Snapchat Streak feature in April 2015, it’s been 2,587 days and Micheal & Blair hold the longest streak of 2501+ days which is just under 7 years.

Keeping a streak for this long is impressive as I’d say anything over a year is really impressive so to keep it for 7 years takes real dedication. There’s always someone out there who’s going to have a higher Snapchat streak but there are definitely less than 50 people with a Snapchat streak above 2,501.

You’d have to hold a streak with someone for 7 years in order to have the highest streak and that’s starting now, but by the time you’ve achieved that, there’s be people who have kept their streak since 2015 and have a way higher streak than you.

Micheals’s submission message, “To Whom May Be Wondering, I present to you, in honor of our 2,501 anniversary of our Snapchat streak, something that I am not sure if I am proud of. The official 2,501 day Snapchat streak between Michael and Blair. I got curious on our 2,500th day anniversary and saw the article online so I decided to share. Enjoy. I too am not sure how to feel about this”. 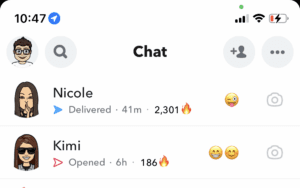 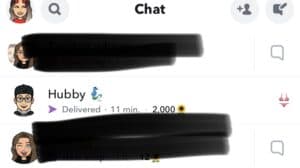 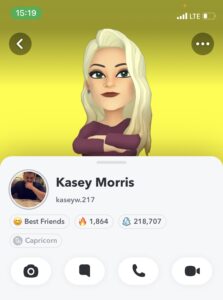 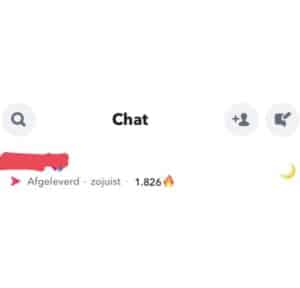 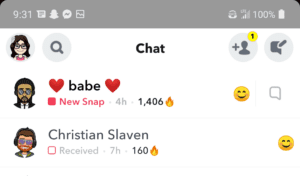 According to Suntrics.com, these are the longest Snapchat streaks in the world. Unfortunately, there are no screenshots to prove this which makes it hard to take at face value. Anyone could have made this list by simply telling them that they have the longest streak.

According to Alphr.com, these are the longest Snapchat streaks. Again, these haven’t been verified with screenshots so it’s hard to take them seriously. You can only take them at face value as they’ve put people on the list who have commented what their longest streaks are.

Guinness doesn’t have an official world record for the world’s longest Snapchat streak. As it’s not already a record, it’s harder to make it an official record for Guinness so to make it one, you need to apply. Your chances of getting this in the books are extremely low as streaks are only a small part of Snapchat. If you had a record for something like the most Snapchat followers or the most views on Snapchat, then you’re more likely to get into the books as it’s mainstream and there are records broken for the most followers and views etc. But with streaks, it won’t be deemed as important but it’s worth a try.

Is It Possible To Know The Highest Snapchat Streak

The thing about keeping track of long Snapchat streaks is that there isn’t some digital Snapchat scoreboard which means that there’s no way to know for sure who has the highest Snapchat streak. A board that’s populated regularly that’s officialized by Snapchat would mean that there would be a number one person at the top of the list for the longest streak and it would be updated automatically if it changed. The only way to know would be to search the web and get entries and screenshots from people who think they have the longest streak. It’s all manual work and nothing Snapchat lets us know so it’s extremely hard to know who has the highest streak.

Because our readers are always sending their Snapchat scores at different times, we are only listing the scores as they are sent to us. This means that from the time that they send it to us to the time we publish it, they could’ve lost the streak. So with the + sign, we’re assuming that their streak as continues since they’ve managed to keep it for years so chances are that they can keep it for a few weeks until we post it.

How to See Your Longest Streak on Snapchat

If you think you have a really long streak, you can actually check on Snapchat what your longest streak is. To do this, you need to go to your friend’s list by clicking the compose button on the conversations page on Snapchat, and this will bring up your friends list. From here, you can scroll through the list to see who you have the longest streak with. You’ll need to look for the fire emoji along with the numbers next to it. From here, you’ll be able to figure out which person you have the longest streak with.

If you’ve ever reached a 100 days streak, you’ll know that you get a trophy unlocked in your cabinet and the 100-day fire emoji.

When you reach a streak of 1000 days, you’ll also get the 1000 days Snapchat streak trophy unlocked, and you’ll get the 1000-day fire emoji.

You’ll also get the satisfaction of knowing that you’ve communicated with someone every day for just under 3 years.

What Happens When You Get a 365 Day Streak on Snapchat

When your streak hits 365 days, you achieve a reward from Snapchat. You get a trophy unlocked in your cabinet and the 365-day fire emoji. Apart from this, there else Nothing else happens and it’s not as rewarding as when you get the 1000-day streak.

As of now, the streak limit is 2,587 days because that’s how long the features have been released – as the days go on, this number is going to increase by one every day.

How to Increase Your Snap Streak and Make It The Longest

To enforce this, make sure that the person you’re trying to keep a long streak with also has a schedule in place for when they need to snap you. This could be in the form of reminders, or in the form of memory, whichever, this is a good way of making sure that you never forget to Snap each other for more than 24 hours.

How Using Streaks Will Increase your Snapchat Score

If you’re looking to increase your Snapchat score, having a Snapchat streak with lots of people is the best way to go about it. Your Snapchat score is the score shown when you look at your profile and it goes up by various secret ways Snapchat hasn’t revealed.

However, it’s evident that the best way to increase it is to send and receive snaps from friends – doing this every day will not only maintain your Snap streak, it’ll also increase your Snapchat score along with it.

How to Get a Snap Streak Back

If you think you had a world record long Snap streak and you lost it, this can be disheartening as it could’ve taken years to build. If you think that you and your BFF did snap in between that 24hr period, there are ways that you can bring back the Snap streak. Sometimes Snapchat can make errors and it’s happened to me where I’ve had a streak with someone, and it’s gone although we both snapped each other within a 24hr period.

Usually, this happens because of a bug, or some connectivity issues that have plagued the app which causes your snap not to deliver. If this is the only snap that you sent someone, and it didn’t deliver, this could’ve been why you lost your long snap streak. If this isn’t why you lost your streak, you can try this.

Go to Snapchat Support > in the list of potential problems, select My Snapstreak disappeared > when the contact form appears, enter the information it requires and make sure you go into details about the streak you had. This can be specific dates, how long the streak was, how you actually tried to keep it, how you actually lost it (make sure you’re honest) > submit it and wait for a reply.