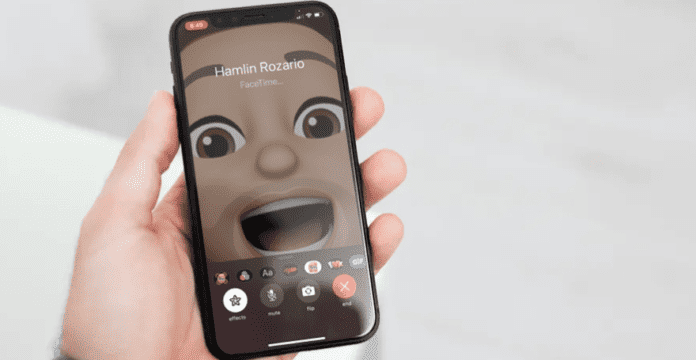 You can use Facetime to check if someone has blocked your number on iPhone. This would only work if the suspect has an iPhone. FaceTime helps you a lot in this case because FaceTime would continually ring for a long time even if the subject has blocked you.

You’d need to test this out over the course of a week to increase your certainty.

Can You Facetime Someone Who Blocked You

You may think that they’d receive the call because your call is ringing like normal unlike a normal call where it’ll go to voicemail straight away, but nothing will happen on their end even though the call rings normally for you.

What Happens If You Facetime Someone Who Blocked You

You may be on the receiving end of the block, unable to get your calls through to a specific contact at some point. If you are convinced that the other person has banned you, but you still need to contact them, you may be concerned about whether the app will continue to function.

If the person you try to get has blacklisted you on FaceTime, the call will ring as it does when the app tries to connect with them. However, the transmission will fail even if the contact is connected to a reliable network. FaceTime will continue to ring, but it will be unable to communicate.

You will continue to call, and their Facetime will call a zillion times, but nothing will come of your efforts. Every outbound call made over FaceTime is treated the same way as establishing a connection.

Will Facetime Ring If Someone Blocked You

Facetime does not provide any indication as to whether or not a person has banned your access. If you make a Facetime call to someone, the call will not only go through, but it will also continue to ring as if it were a regular phone call.

The only indicator that a Facetime call is not genuinely going through is if you contact a person through Facetime multiple times over some time (such as a week) and your call is still not being picked up.

Calls from blocked contacts will not ring, and you won’t receive any warning if they make a video or voice call while blocked. Blocking them has the same effect as blocking ordinary calls in that it locks them out.

While attempting to connect with the banned callers, they would hear their phones ring. They will continue to listen to this ring every time they call, and they will not be able to find out that you have blacklisted them.

How Many Times Does Facetime Ring If You’re Blocked

If someone you’ve banned attempts to FaceTime you, their phone will continue to ring and ring without receiving an answer. Nothing will happen on your end, and you will be completely unaware that they are phoning. It will persist in this manner until the blocked caller stops and quits attempting to contact us.

How to Know If Someone Blocked You on Facetime

You can continue to call when you are blocked, supposing that the recipient doesn’t have the phone close or is otherwise engaged, and hope they will hear it and pick it up. Do not confuse the ringing noises with a call connection since everything you hear is the server attempting to react to your request and should not be misinterpreted.

It’s important to note that while you’re on the prohibited list, the ring number on a regular FaceTime conversation will differ. Typically, whether the call is declined or answered, you will note that the number of rings is around four. On the other hand, a blocked call will ring more than ten times, suggesting that something is amiss. FaceTime may be inaccessible because of a weak network connection, but the situation is different for blocking.

When someone attempts to FaceTime a person that blocked them, the FaceTimer’s call will just ring and ring without an answer until the blocked caller stops and leaves the blocked caller alone. When you try to get in touch with someone who has blocked you on Facetime, you will be unable to contact or text that number.

Your call will go unanswered, and your texts will never deliver. It is common to have their phones off or have no network coverage. If your calls go unanswered for consecutive days and the messages you send don’t deliver, that is an indication you have blocked.

You can use a friend’s phone to call the number that banned you, and if it rings and it’s picked up, then you know for sure you have been blocked.

FaceTime calls may be made using any iPhone device, including older models. FaceTime will not correctly operate if you are using a regular phone line; instead, you will be utilizing cellular data or WiFi to make the call.

This feature is accessible on iOS devices such as the iPhone, iPad, and iPod touch. It is an attractive option for Apple users who want to stay in touch with family and friends far away from them.

FaceTime being unavailable might be a very inconvenient situation for individuals who have become accustomed to it. When you cannot make a FaceTime call on your smartphone, the term “FaceTime unavailable” is used to describe the situation. There are various motives why this might happen.

If FaceTime is already turned off on your iOS device, you will need to switch it back on manually. Here’s how you go about it.

If someone refuses to answer your call, you will receive the same message as if someone could not answer your phone call; it will say unavailable. When you are blocked, you will not get the unavailable prompt.

How to Tell If Someone Blocked Your Number on iPhone

Do you suspect that someone has blocked you on their iPhone?

While there isn’t one way to be sure if someone has blocked your number on their iPhone, there are a few methods you can use to make a reasonable guess.

What Happens When Your Number is Blocked

When calling from a blocked number, the caller will hear one ring, but the other phone remains silent. The caller is then informed that the recipient isn’t available and is diverted to voicemail.

If that service is set up by the person you’re calling, you can leave a message even if someone has blocked you.

However, the blocker will never be notified of the message, but it does appear at the very bottom of their voicemail list in the blocked messenger section but only if they’re on a carrier that supports visual voicemail.

Call the Person that ‘Blocked’ You

Using a test phone call is one of the more reliable indicators as to whether someone has blocked you or not.

Here are the steps you should take:

1. Call the person you think has blocked you

2. Listen to the way the call is received

3. Call again to see if your results differ

Note: Users are not notified if they are receiving a phone call from a blocked number.

If you call the suspected target and the call goes straight to voicemail after just one ring, there are four meanings to this:

1. The person is in a bad area and they have low reception

2. Their phone is turned off

3. They have enabled ‘Do Not Disturb’

4. They have blocked your number

If you keep calling your suspect and it keeps going straight to voicemail, the chances are that they’ve blocked you.

However, you want to test this out over the course of a week to make sure that they’ve actually blocked you rather than the reasons above. It could also be a coincidence that person is ending your call and they don’t want to pick up your call.

If this was the case, they would have to end your call after it rings once. If it rings consecutively, this means that you haven’t been blocked. You can’t do this a few times in a short period of time because it’s too hard to conclude someone has blocked you just by ringing them a few times.

Looking at message information is not as reliable of an indicator as using test calls, however, some information displayed underneath iMessage can be helpful in determining if someone has blocked you.

Here’s how you can check if you’ve been blocked:

If you used to see ‘Delivered’ when messages were sent, and you no longer do, you might have been blocked.

The delivered receipt is known to show inconsistently so this method may not always be reliable.

Call with a Masked Number

You can use a masked number to double check the status of another person’s phone. Here’s how you do it:

1. Dial ‘67’ before your contacts phone number

2. Tap the green call button, doing so will start a call without your contact information appearing to the recipient

3. Listen to the way the call is received

many people avoid answering calls from blocked numbers but if you hear the call going through like a normal call should, you may have been blocked.

if the call goes directly to voicemail after one ring your contacts phone may be dead.

When you receive a message stating that FaceTime is not accessible, you should first ensure a good mobile or Internet connection. When utilizing a computer, be sure that it is linked to the internet before proceeding. Look at the top of the home screen, where the status bar is located. If your cellular connection is weak or not within range of a strong WiFi network, you won’t be able to FaceTime call.

It’s impossible to know for sure if someone has blocked your number on their iPhone, but there are a few strategies you may use to make an educated estimate.

If your Facetime is never answered and your calls go to voicemail, then you have been blocked. You can always find another way to contact the person you think blocked you to find out if they are avoiding you or having problems with their phone.