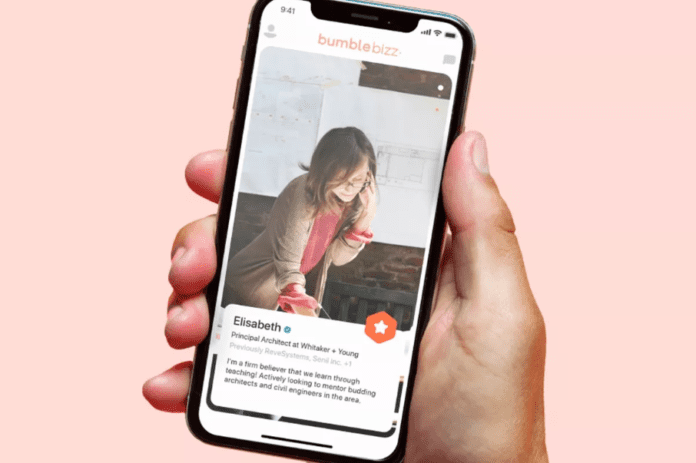 With thousands of users on Bumble every single day, it’s strange to see the same Bumble profile appearing. Why on Earth is that happening? Why do you keep seeing the same profiles? Is there a bug? Unlikely. It’s more than likely that Bumble is simply doing its job.

There isn’t one sole reason that profiles keep appearing on Bumble. It’s a complicated, layered, system that makes it so. Let’s explore why it’s happening to you.

The first possibility as to why you’re seeing Bumble profiles reappearing is they swiped left on you. It doesn’t matter if you swiped right on them, but because they swiped left, your interest in them is ignored. It’s not uncommon for that same person to show up again.

However, that isn’t the entire story, but rather one piece of the puzzle.

It’s also equally likely that you did the left-swiping on them. Guys especially are known for swiping left on just about everyone (you just want to be loved, and that’s understandable). Unfortunately, there isn’t an infinite number of profiles in your area so some users are bound to repeat.

Again, it doesn’t quite hit the nail on the head. Let’s take a look at another reason.

Due to how complicated Bumble’s algorithm can get, at some point it may seem like you’re seeing the same people over and over. So much so that you may not even be seeing anyone new. That can be a problem if the people showing up in the card stack are users you keep swiping left on.

A common practice that Bumble users perform is nuking their account. In other words, delete and start over. This gives them a clean slate to work with and, hopefully, matches that make more sense. But why does that matter?

Well, it just so happens that when an account is deleted, and that person returns to Bumble, they are working with next to nothing. Bumble doesn’t know where to place them because they haven’t used it long enough to provide matches that make sense. You will end up seeing them in the stack again, especially if they’re nearby.

One of the most likely culprits is your own preferences. When you created your account, and throughout your time using it, Bumble has created a pretty good idea of what your preferences are. However, one detail that can be altered at any given time is radius, and it can affect the frequency you see certain profiles.

When you match with others on Bumble, it uses your location to provide a list. That list is determined by how large or how small the radius is. For example, if your radius is set to 20km, then Bumble will only look for profiles with 20km of you in all directions. If you could see yourself on a map, you would see a circle around your exact location.

So, why does radius matter? Well, it means the people you are seeing are nearby, within that radius you’ve set. Meaning possible matches are limited. There aren’t an infinite number of matches within 20km. At some point, you’ll see the same people show up, especially if you are using Bumble from the same location.

Furthermore, a user’s radius also determines how frequent they’ll appear on someone else’s card stack. For example, if you set your radius to 10km and a match sets theirs to 20km, you two are bound to see each other on Bumble. Your radius and theirs overlap. This also applies to age and other preferences you can alter.

Does Bumble Show You Someone Who You Already Swiped Left?

Bumble only has so much to work with. With how matches are conducted, there’s only a limited number of users that Bumble can match with you—and a large part of that is due to location and distance. In other words, increase (or decrease) your radius and change your location, and you’ll end up with more results. Those few profiles you swiped left on may even disappear entirely.

With that being said, your best chances of seeing new people is to simply change your preferences. It may even be time for a new Bumble profile.

In Bumble’s own words, “We show our users profiles that they have already left swiped on, just incase they changed their mind or made a mistake. Hence why your profile may still be shown to other users even though you have swiped left initially as we may show you the same profile again incase you want to swipe right a second time round.”

As you can see, the reason profiles keep appearing is a lot more complicated than one would assume. Details such as preferences, algorithm, and even left and right swiping can throw someone’s profile back into your card stack. Rather than be one singular reason, it’s more so multiple reasons working intandem.

If you want to see new faces, then you will have to alter your preferences or start with an entirely new Bumble profile.