Home How To iPhone & iPad What is The Grey Bar on Screen Time? 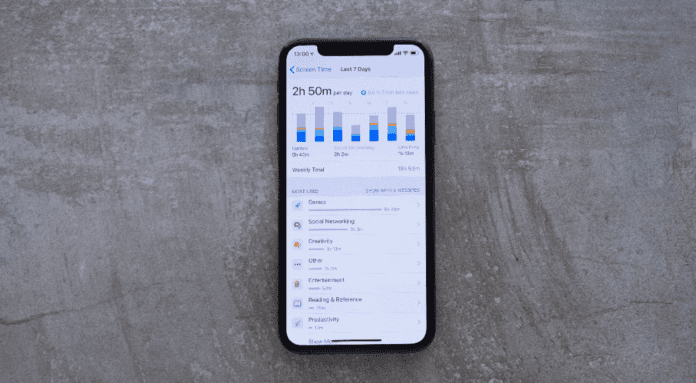 Chances are that you probably spend too much time on your iPhone or iPad or any other iOS device and it’s quite hard to limit your daily usage. If you have goals to complete each time, your iOS device can be very distracting, and it can take away a big chunk of your day that could have been used for work.

Luckily, there’s an Apple feature called Screen Time that lets you put a limit on how much you use your iPhone or iPad. This app doesn’t not only help you gain self-control, but it offers parental control.

What is Screen Time

In Screen Time, you’re given a daily report on what you use on your device each day. This chart is organized mainly by categories the individual apps are broken down. Look at the image above, 1h 12m has been spent on social networks, 26m on Entertainment, and 4 minutes on Other.

At the top of the bars, you’ll see grey bars. The grey bars in the Screen Time report are a combination of the category apps that you barely use on your iOS device and because they’re not used frequently, their individual category isn’t shown in the Screen Time report. For example, when you click on See All activity to see the report, click on Show Categories. As you can see in the bars, there’s a blue, turquoise, and orange color, then there’s the grey bar.

To see what these grey bars mean, click Show Categories. Under Most used, you’ll see a list of your most-used categories. For example, you’ll see Social Networking, Entertainment, and Other. Below Other, you’ll see other smaller categories that are too small to be shown in the report, these are the categories the grey bars consist of. This can be productivity, Reading & References, and Creativity. 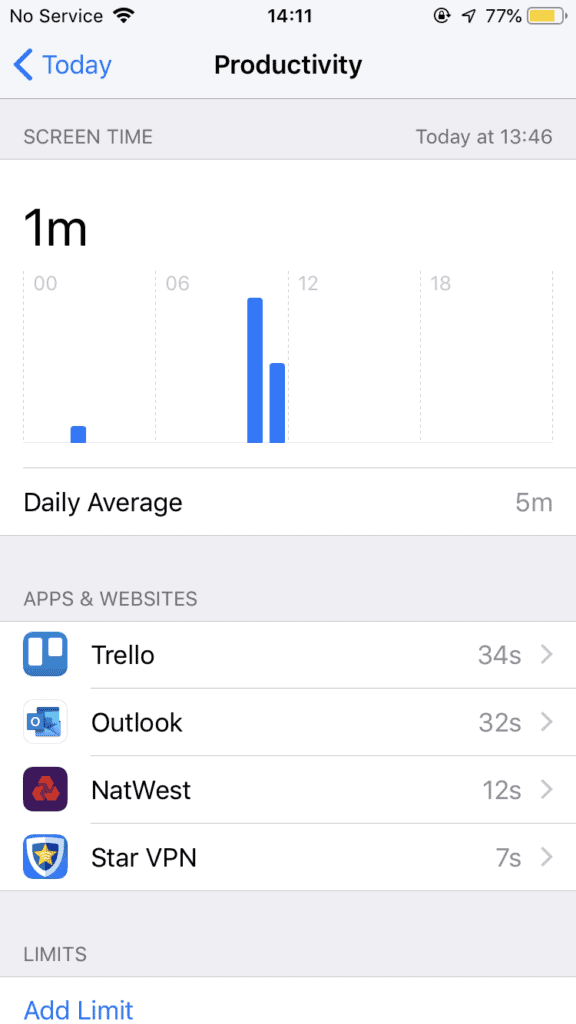 To see the apps that the Grey bars consist of instead of the categories, click on all the categories below Other. This will show you all the apps that make up the grey bar in your Screen Time report. For example, in Productivity, there can be email and banking apps.

Your report will be different but be aware that there are 9 different categories on Screen Time:

Each of these categories could end up being represented by the gray bar if they’re not in your top 3 most used categories. For example, if you don’t use any apps in the reading and reference category, it’s going to be part of the categories that are in the gray bar – simply because you don’t use it as much as it’s pointless for it to have it’s own separate color since the size of will be so small you won’t even be able to see it.

Find Out Which Categories Are In The Gray Bar

If you tap on Show categories underneath the grey bars, it’ll show you your most used categories. From here, every category below the third category will be a category that’s included in the gray bar. Within these categories, you’ll be able to see which apps are responsible for how much screentime you’ve spent on these categories. If for whatever reason you want an app to get out of the grey category and move into one of the main categories, you can do this by using the app more. Using the app more than the top 3 current most used categories will force it out of the gray bar and move it into one of the colored bars.