Home Do More Getting More Help Can’t Call A Mobile From Your Landline? Here’s Why 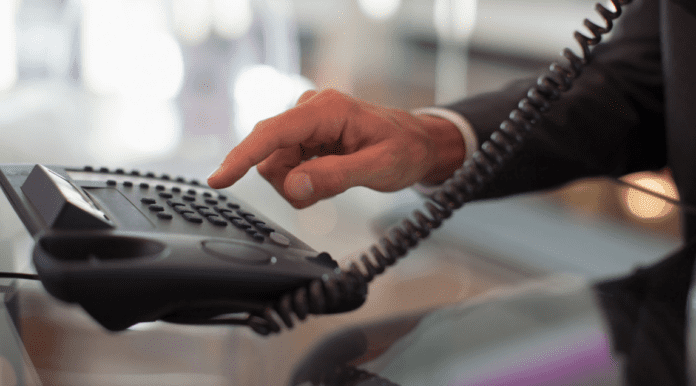 If you have a landline, chances are you only use it to call other international numbers and landlines. However, you may be the rare landline user that likes to make calls to mobile devices using their landlines. Since landlines are quite different from mobile devices, it may not be as clear cut to you why you experience some problems with your landline in terms of making calls as opposed to having these problems on a mobile device.

Why You Can’t Call A Mobile From Your Landline

You’ve Typed In The Incorrect Number

If you’re unable to make calls to your mobile device, then chances are that you have typed the wrong number. Number check that you’ve entered the right amount of characters for numbers in your area and make sure that you’ve double-checked that the number is correct. If you’ve never called this number before and someone just gave it to you, make sure that you double-check that number with the person that gave it to you. If you’ve called that exact number before and it went through, then there could be a problem elsewhere.

You Haven’t Put In The Area Code

If someone has changed carriers, and you’re trying to connect to their number that was previously connecting, it might take a few days for their calls to start connecting again. Usually, when someone changes carrier and tries to keep the same number, it take a few days for everything to be set up correctly, and whilst you’re trying to contact them in between those times, the answerphone will let you know that the number doesn’t exist.

If someone has changed their number, then their old number will no longer exist if they’ve stopped using it and notified their carrier about it. Their carrier will then disconnect the number so that it can’t be contacted which is why when you try to call the number from your landline, it doesn’t connect. For your calls to connect with that person again, you need to contact them via another means and get hold of their new number so that new calls to them can go through.

Another thing that it could mean when you call a mobile from your landline and it doesn’t go through is that they’ve blocked your number. They couldn’ve done this between the point that they last called you to when you’ve tried to reach them. When someone has blocked your number, you wouldn’t be able to connect calls with them as the call always goes to the answering machine after ringing once.

They Have No Service

If you’re unable to call a mobile from your landline but you have been able to in the past, their phone could’ve lost signal. When someone’s phone rings once then goes to voicemail, this could mean that they have no service. If a phone has no service, it can’t connect to its carrier therefore you’re not going to be able to reach them.

They Didn’t Pay Their Bill

If someone is using pay as you go and they’ve run out, any calls that go out to that number won’t recognize that number so you need to make sure that you’re calling people who have minutes and credit. Usually carrier disconnect numbers for people who no longer have credit then once they do have credit, you can connect with them again.