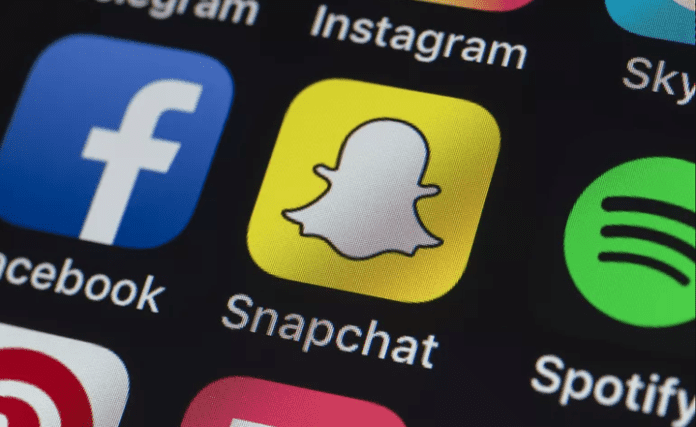 You decide how private you want them to be and so do your friends. They can make a custom story for specific individuals and they can select you to be in it. The feeling that you were added to a story exclusively is nice but that feeling can slowly turn into annoyance when you realize that their private story isn’t all that it’s made out to be. It could be filled with content that’s just not your style and the first thing you want to do is leave it.

Can You Leave a Private Story on Snapchat?

You can leave a private story on Snapchat. If you’re tired of seeing the same Snaps or you don’t like what they post, you can leave by holding down on the story > story settings > leave private story. You will not only be unable to view a person’s private stories if you leave, but you’ll still be able to see their normal stories.

How To Know If Someone Left Your Private Story

1. They’re Not on Your List of Who You’ve Added to Your Story

If you’re not sure who’s in your private story, look at the list match the names to those of your viewers. When the two lists don’t match, you’ll see which member is missing.

2. You Don’t See Their Name in the Story Views Anyone

Another sign that they’ve abandoned your private story is if you notice that they’re no longer watching it. It is more straightforward if the private story does not include a large number of individuals. If you normally see their name there every time and it’s gone now, you’ll know they’ve departed.

Many people believe that people can’t leave private stories once they’re added. This is inaccurate since Snapchat allows users to leave a friend’s private story if they do not want to be there or deem it a nuisance. As a result, users can quickly leave a secret story on Snapchat.

So, to find out if your friend left your private story on Snapchat, you can ask them if you’re unsure that they left in the first place.

4. Mention Them in the Story and See If They See It or Reply

When someone adds you to their Private story, Snapchat will alert you. Whenever you mention someone’s username in your story, the story is sent to them as an alert. So if you mention them in your private story and they send you a message saying the snap is unavailable, then you’ll know that they’ve left it because they’re unable to see it.

5. Add Them Again and See If They Leave

You’ve created a Private story, and you don’t know if you forgot to add a specific friend or if they have left. Snapchat does not notify you when someone leaves your private story. To tell if someone has left your private story, add them again and if they leave again, you’ll know they definitely left this time.

Can Someone See If You Leave Their Private Story

On Snapchat, you can leave someone’s private story and they will not be notified. The same goes for someone leaving your private story. Snapchat has several privacy features, but this is not one among them. This isn’t a feature simply because no one needs to know that someone has left their private, if they want to add them again they simply can, but it’s not information that’ll be news to their ears.

Although someone won’t be notified that you left their private story, they can easily check by looking at their current viewers. On every custom story made on Snapchat, you’re able to see the viewers and this list contains everyone who’s currently in the private story. If they can vividly remember adding your name to this private story but they check the viewers again and your name isn’t there, they’ll know that you’ve left.

How to Tell if Someone Removed You From Their Private Story

2. Ask Someone Who Is On It

If you don’t want to ask them if they removed you from their private story, then you can ask someone who’s on the story. Sending them a message as simple as, are you still on … private story? If they say yes and you can no longer see the leave pricate story option when you hold down on the profile and click story settings, then it looks like you’ve been removed. If they’re not on it anymore, then chances are the person deleted their private story entirely. If you two are close and you’ve done something to that person and you’re both no longer on it, chances are you’ve both been removed. But check with someone who you think wouldn’t have been removed.

If Someone Leaves Your Private Story, Can You Add Them Back?

How to Leave Private Snapchat Story Without Them Knowing

If you want to leave someone’s private story without them knowing, you can’t leave with the traditional method. The best way to do this would be to mute their story. This way, when they check their viewers on the private story, they still see your name there, but you won’t be viewing their story. This can lead them to conclude that you don’t use Snapchat much or you don’t watch many stories.

2. Leaving and Hoping They Don’t Notice

Any effort to discretely leave your friend’s story will be worthless if they find out nonetheless. Many users may wonder whether Snapchat sends any notification to the specific friend whose private story they’ve left. Fortunately, removing yourself from a user’s private story does not result in them receiving a notification. They only become aware of it when they check their friends’ lists and discover that your name is no longer on it. Instead of leaving the private story without alerting your friend, think up an explanation like you have exams coming up, and private Snapchat stories are distracting you so you need to leave all of them.

4. Block Them on Snapchat

If the individual you desire to block isn’t already on your Friends list, look for them by touching the magnifying glass next to the term “Friends” at the top of the display and typing their username. Once you’ve located them, tap and hold their name, then choose “More” and “Block.”

When you block an individual, they will be unable to see your Story or your user profile. They will also be unable to send you Snaps or conversations. Assuming they don’t have any method to reach you and aren’t friends on a different social networking site, blocking will disconnect you from them.