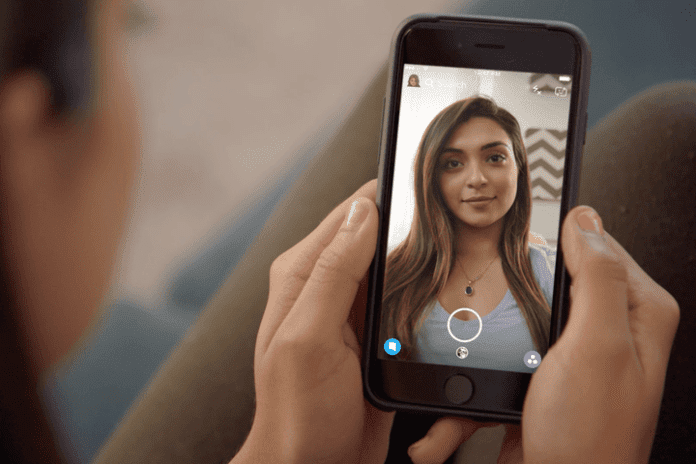 When you’ve accidentally sent a message or Snap to someone it wasn’t meant for, it can get your heart thumping fast. Is there a way to delete it? What if they read it? When will it delete itself, if ever? If you’re using Snapchat, these questions can drown your thoughts. Below are the answers you seek when Snapchat deletes unopened Snaps and chats.

Opened Snaps and chat are deleted shortly after you read them, with only two options to choose when they delete. But, like it was mentioned, unopened messages and Snaps work differently. They’ll stick around for 30 days before finally disappearing. If it’s a snap from a group chat, the snap will be available to open for 24 hours before Snapchat automatically deletes them.

Unfortunately, unlike read messages, you can’t change when unopened messages and Snaps expire; they’ll sit there for a full 30 days and you can’t do anything about it, not even delete them. Considering the kind of headache that can cause like accidentally sending a NSFW Snap, only to realize you sent it to the wrong person. Sure, it’ll delete after it was viewed, but the image burned into the wrong person’s mind won’t.

Will Snapchat change it? It’s hard to say. There’s certainly an application for it, the scenario above only being one example of why you would need the power to delete a message before it’s opened. However, there does exist a little trick that could save your dignity. But the keyword is: could. It isn’t a guaranteed method, but when you’re in the moment, it’s worth trying it.

Unopened snaps will be available for you to open for 30 days before finally disappearing. After this, the snap will disappear from the conversation thread and you’ll never be able to access it again. You can’t change when unopened messages and Snaps expire; they’ll sit there for a full 30 days and you can’t do anything about it, not even delete them.

If it’s in a group chat, unopened Snapchats will expire after 24 hours, and from this point, you won’t be able to see what was said unless messages were saved in the chat or the snap was saved in the chat. You also have the option to ask people in the chat what was being said.

If you don’t want someone’s snap to expire, then you can open it before 30 days. If it’s you that sent the snap and you’re now worried that the snap will be there for 30 days because you’ve sent something by mistake, you have options to delete the snap, block the person, or temporarily disable your account.

unopened Snapchats disappear all the time and it’s common for it to happen. They usually disappear because Snapchat has a 30-day time limit before an unopened snap disappears, However, other reasons why a snap has disappeared is due to a bug, someone deleting their Snapchat account, or blocking you. Apart from that, the snap has gone because of Snapchats 30 day limit of a snap being unopened before it’s deleted.

1. Disappeared Due to Glitch

The first reason why your unopened Snapchat has disappeared is due to a bug. There can be glitches within Snapchat that cause your snap to disappear and there’s nothing you can do to get the unopened snap back. Once a snap has gone, you won’t be able to open the snap again until the person decides to send you a picture of what they snapped you.

2. The User Delete the Snap

The second reason why your snap has disappeared is that the person that sent it has deleted the snap before you could open it. If the snap sent by the person has been deleted, you’re not going to see the snap in the chat anymore. That’s why it’s best to open snaps soon after they’re sent so that you don’t give them the chance to unsend the message.

If a snap has randomly gone before you could open it, there could be a chance that the person’s account has been deleted or suspended by Snapchat. On very rare occasions, Snapchat bans people’s accounts when they haven’t been following their guidelines – they’ve been posting content that’s explicit for example.

6. They Have Blocked You

If you clear the conversation with the person that sent you that snap, this could be why you think it’s disappeared. If you’ve cleared the conversation, the snap hasn’t been opened nor has it expired. You can still open the snap account by searching for their name and clicking on their profile to open your chat. Once you open your chat with them, you’ll be able to see the snap they sent you if you scroll up.

How Long Do Unopened Snaps Last?

Unopened snaps last 30 days before they’re deleted from Snapchat’s server and from your conversation thread. An unopened snap will only disappear if you haven’t opened the snap in 30 days, they’ve blocked you, their account has been disabled, or their account has been deleted. Another instance is that they’ve deleted the message but you’ll know because you’ll be notified that they deleted the message. If you’ve already opened the snap and your settings are that messages delete after they’ve been viewed, then this is why it would’ve disappeared. But the message never disappeared unopened, you opened it which is why it disappeared.

Snaps last up to 30 days on Snapchat unless the person deletes the message, blocks you, disables their account or deletes their account. Snapchat may have glitches where you can not see the messages or it disappears temporarily, but once you reload your page, have a stable connection to the internet, or get rid of the bug, the snap will appear again.

Snapchat takes the idea of a message log and just throws it out the window. Any and all messages you send will expire shortly after they’re read. They don’t stick around for you to view over and over again; once you read it, that’s the last time you’ll be reading it. In a matter of a few moments, the message or Snap will be lost to the ether, never to be recovered again. And because of that, Snapchat has been able to distinguish itself from other social media platforms.

Can it be changed? Yes, but the amount of options for the expiration of messages and Snaps is very limited; only two options are available: After Viewing or 24 Hours after Viewing. If it’s set to the latter, the other person can look at the chat and Snaps for 24 hours before they’re gone.

Here’s how you change it:

If you’ve accidentally opened someone’s message request on Snapchat, then there’s no way you’ll be able to see their snap again unless they send the same thing again. If you want them to message you again, you’ll have to snap them first to start a conversation with them. If you’ve opened their snap or message accidentally and your messages between them expire as soon as they’re opened, then their message will disappear and you won’t be able to see it again.

Snapchat allows people to send snaps to their friends as well as post snaps to stories. If you’ve opened someone’s snap accidentally, instead of kicking yourself that you’ve opened it and now you can’t remember what they sent you or you want a memory of what they sent, you can just check their story to see if what they sent you is there. Some people like to send the same snap that they’ve posted so if you think this could be the possibility with this person, just check their story.

Ask Them What They Said

Now, it should be noted that this isn’t a guarantee. If you find yourself accidentally sending a message that was meant for someone else, you can simply delete the message.

To delete the message:

You can also block the person before they read the message. Just know that once you block them, you’ll have to unblock them and then send another friend request their way. They’ll have to do the same before you two can speak to one another again.

When you’re in a conversation with them, here’s what you do:

1. Tap their profile icon in the top left corner of the screen.

2. On their profile page, tap the three vertical dots located in the top right corner of the screen. Doing so will open a menu.

3. In the menu you opened, select Block located at the top of the menu.

There are two reasons this method may not work for you:

Until Snapchat decides to do something about it, you’ll have to rely on a method that is more trouble than its worth. It may or may not be on Snapchat’s radar, but until then, make sure you’re sending messages to the right people.