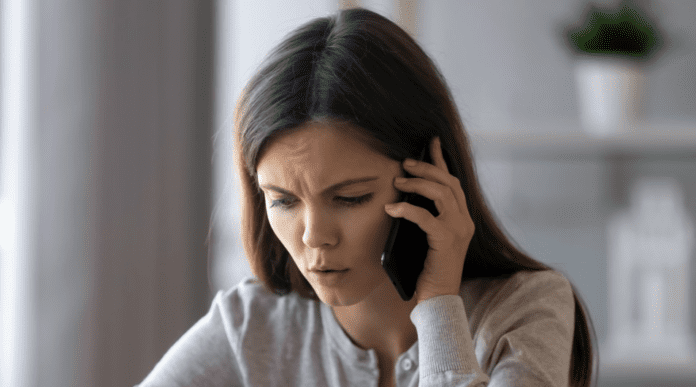 When calling people it can be annoying when you can’t reach them but it can be excused when their phone is dead. If someone’s phone is dead, there are several things that the person could hear when trying to reach them.

Of course, it’s obvious that when someone’s phone is turned off, that it’ll be impossible to reach them until they turn their phone on again. If you’ve called someone and you’re wondering if there’s any way to tell if their phone is on, there are a few ways that you can tell.

If You Call Someone and Their Phone Is Off Will It Ring?

If you call someone and their phone is off, the call will just ring once then it’ll go into the answerphone. On the other party’s end, they won’t be receiving the call but some providers might set the call to ring like normal even though the phone is dead.

Another common case is that the call doesn’t ring at all rather than just ringing once. From here, it’ll go to voicemail and you’ll be able to leave a voice message for the recipient. When they turn their phone on again, they’ll be able to listen to your message but they won’t see a missed call.

Do Calls Go Through When Phone is Dead

When someone’s phone is dead, calls won’t go through. A call can’t connect to a dead phone and if you do try to call, it’ll ring once and then go straight to voicemail. Since the phone is dead, it won’t be able to ring plus they won’t receive a missed call.

What Happens When You Call a Dead Phone

There are several things that you can hear from your end when you call someone and their phone is off. This all depends on their provides settings and things that they have in place for when someone’s device is turned off. It also depends on which country you’re in because it’s common for different countries to hear different things when someone’s phone is turned off and you’re trying to reach them.

The Call Goes Straight to The Mailbox/Voicemail system

Most people have voicemail set up which is why you’ll easily be able to leave a message after the tone. It’s also common for the call to run before it goes straight to answer machine so don’t think that the person’s phone isn’t dead if you hear ringing.

You’ll Be Able to Forward The Call

You’ll Hear A Not Reachable Tone

As soon as you call them, you’ll hear a beeping noise and the phone will turn off from there without ringing or allowing you to leave a voicemail. Depending on the recipient’s provider, the recipient may get a text message informing on calls trying to reach his/her number when the mobile was switched off.

Other providers may all later notify you when the person’s mobile is turned on. Another common thing that can happen before you hear the not reachable ton is that the call can ring once then you hear it.

Rather than hearing the not reachable tone, you may be informed with an automatic message right away saying that the person is not reachable which will indicate that their phone is turned off.

It Will Transfer To A Hunt Group

In some cases when you call corporate numbers and the phone is off, the call can be transferred to a hunt group until the call is answered by one of the numbers within the group. A hunt group is a feature in a phone system that distributes calls from a single phone number to a group of numbers in a company. Simply put, when callers ring your company phone number, the group will route the call to a group of members so they can answer the call.

How to Call Someone When Their Phone is Off

If someone’s phone is dead and you’re trying to get hold of them, it can be frustrating to know that there’s not much you can do until they turn their phone on again. Your first thought might be that but there are actually lots of things that you can do when trying to contact someone with a dead phone.

If you’re literally trying to call someone when their phone is dead, you can’t. The calls won’t go through and you’ll be wasting your time. There are ways to get around calling someone if their phone is dead so you can try the methods below.

1. Wait For Their Phone to Turn On

If you’re trying to call someone while their phone is off, you can just wait till their phone turns back on. Their phone may have ran out of battery or they’ve switched it off to take time away. Most people use their phone every day so they should turn it back on or charge it in a few hours for you to be able to call them again.

If their phone is dead, they might be on their PC and have their emails open. If this is the case, then you should email and tell them why you were trying to contact them and let them know that their phone has been switched off. This will allow them to turn their phone back on so that you can call them again. The downside of this is that you’ll have to wait for them to respond to their emails.

3. Call Their Other Phone

4. Message Them on Social Media

If you’re trying to call someone with a dead phone, you can just message them on social media. Apps like WhatsApp, Instagram, and Messenger allow you to contact people over the internet so they’ll be able to access the apps from their desktop meaning they won’t have to use their phone to do so.

Since this is the case, can see them a message on this platform and even call them – they’ll be able to answer since they’re

If you’re still unable to reach this person, then you can visit their home if you’re close enough. If you’ve been trying to call their dead phone for years but you’re unable to do so, then the best thing to do would be to visit their home to see what’s up.