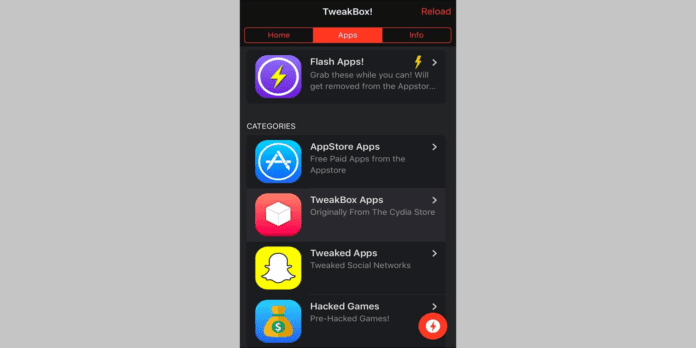 When you buy a device, it comes with restrictions that the average person wouldn’t notice. These restrictions never really get in the way of a device’s intended use. However, the restrictions inherent to the device are said, by the manufacturers, to protect users from malicious interference–hackers and the like.

It’s a valid argument, and since you never notice it, there’s no harm done. But there are two sides to every coin. On the other hand, customers that buy these devices argue they are free to do with the device as they see fit. Again, a valid argument.

Jailbreaking allows for 3rd party apps to be installed on your phone that wasn’t available in the app stores. While it’s still possible to do now–it was much easier in the past–it’s increasingly difficult to jailbreak devices. But that’s okay! Because now there are apps that provide the same unrestricted access without jailbreaking. 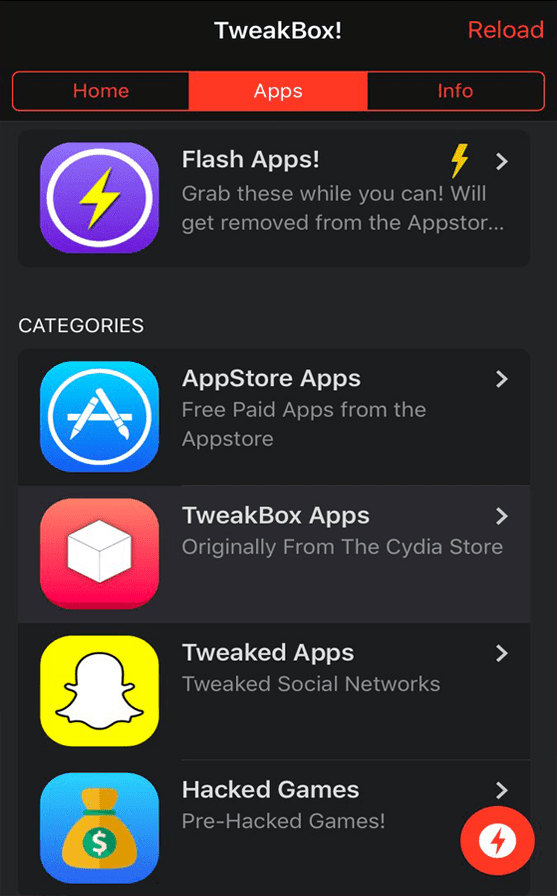 Grant it, this is all about TweakBox alternatives, but it’s worth mentioning its popularity. They advertise on their homepage as “The Jailbreak Alternative.”

Tweakbox is an unofficial app store that offers 3rd-party apps and tweaks specifically for your iPhone. The best thing about Tweakbox is that you don’t need to do the complicated process of jailbreaking your phone and invalidating your device’s warranty.

And rightfully so. With such an impressive library of movies, music, emulators and altered apps make for an enticing download. This is an iOS exclusive (Sorry, Android). You might like the next one, Android users.

There are many apps similar to Tweakbox that will allow you to have access to a library of altered apps. You may not like TweakBoxs UX, or you may be unable to download the app for some reason, ether way, there are a variety of apps like TweakBox for iOS that you can use to get more out of it. If you find these comparable apps better than Tweakbox and you already have Tweakbox installed, be sure to delete it and install the app store you favor. 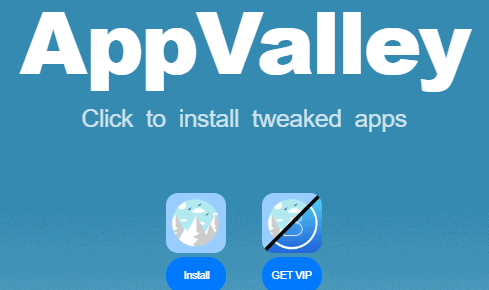 AppValley comes in as a great alternative to TweakBox, available for iPhones, iPads, and yes, Android devices as well. Like TweakBox, you’ll have access to hundreds of tweaked versions of music apps, paid apps, screen recorder apps, and altered video games.

These modified versions come with features that aren’t available to its app store counterpart. AppValley is a serious contender for your ++App needs. Just like Tweakbox, there are various other apps like App Valley that you can use to access 100s of tweaked versions of apps.

The apps on this list are similar to App Valley and Tweakbox since they’re the biggest contenders and they hold a lot of similarities. However, if it came to TweakBox vs App Valley, you’d find that more people favored TweakBox.

Another must have alternative to Tweakbox would be AppDB. This app is highly voiched for on apps like reddit with users prasing the app like tweakbox didn’t even exist. With AppDP, you can access a lot of modded apps due to it’s very large ap library, so much more that you won’t find another app on this list that provides a bigger variety of apps available for you to download.

AppDB has a pro version that allows you to get rid of apps which will provide you with a seamless experience as well as being able to upload your own IPA. Without the pro subription, you will be faced with a lot of ads which could hard your experience. 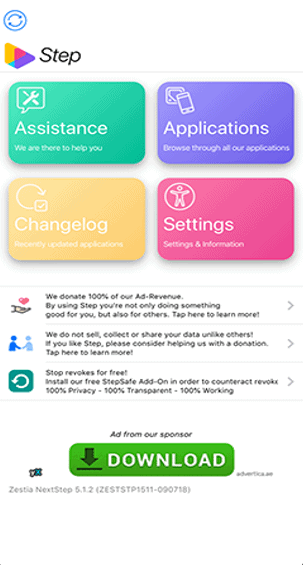 Zestia Step wants you to free your iOS device with their app, giving you access to hundreds of applications unavailable on its parent store, not dissimilar to AppValley and TweakBox, for free.

Zestia Step even goes a step further by comparing the application you want against its app store counterpart, informing you of their most recent version. 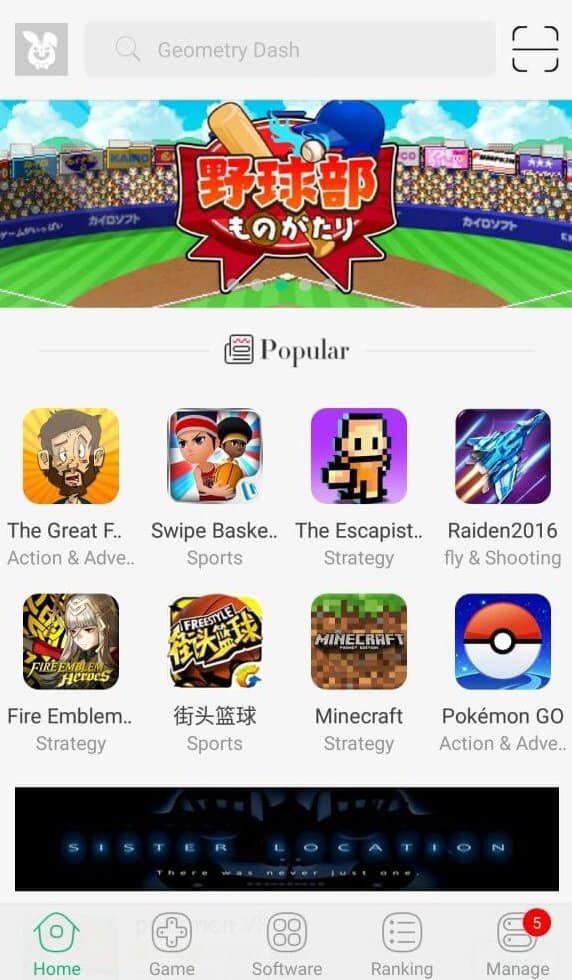 Another possible contender for your ++App needs is TutuApp. Free, fast and stable, TutuApp offers a robust amount of new and exclusives games found across the globe.

While it is free to use, VIP members can benefit from zero ads, exclusive games and gain priority over new games that are released, not to mention VIP customer service. The icing on the cake is its availability for iOS and Android. 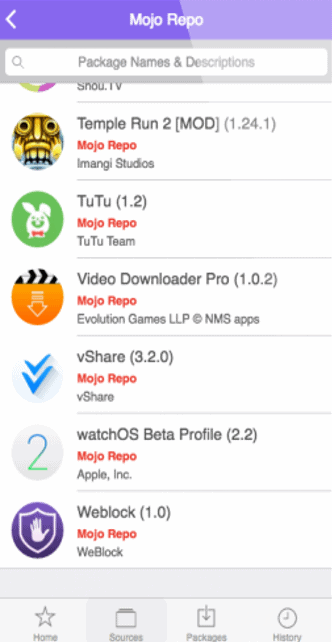 Mojo Installer boasts a big library of modified apps, tweaked, Cydia apps, and even apps you find on the app store. Like its brothers and sisters, apps are free (some are paid for), games are modified and the interface is user friendly.

Many use Mojo Installer as their alternative to Cydia, because of its many similarities. Certainly one of the few for users curious about tweaking apps. 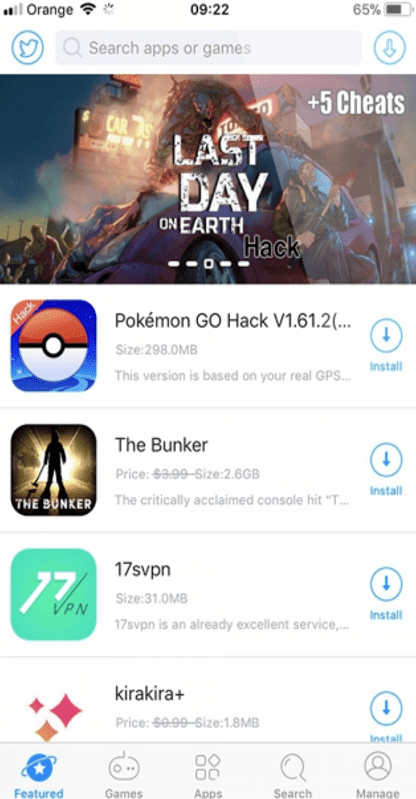 Panda Helper leads with its propensity for hacked and modded games. Play games with unlimited lives, infinite ammo and infinite in-game currency. It should be noted though, any hacks and mods you used leave you susceptible to bans.

You’ll certainly find its library of modified apps just as extensive as its ++app counterparts. Unfortunately, it’s an Android only app. Sorry, iOS. And just like Tweabox, there are many apps like Panda Helper that’ll help you find more hacked and modded games. 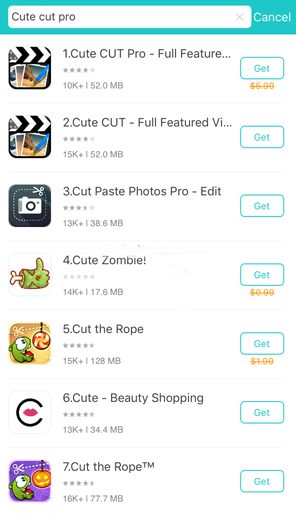 AppEven is up there in popularity alongside TweakBox and AppValley. AppEven takes updating very seriously by updating every day to bring their users the best, and most update, altered and modified apps.

From video games to quality-of-life apps, you won’t be disappointed installing this app and snagging a few free games for a road trip. AppEven is an iOS exclusive.

With a simplified and easy-to-use interface, iPASTORE, creates an inviting environment to browse its modified apps. Their ticket system gives you an opportunity for requesting specific apps that aren’t available, complaints or simply communicate.

It would be best to end with iPASTORE if none of the other app stores offer any specific apps you’re looking for. Another iOS exclusive.

Last but not least on the list is CokernutX. This modded app library comes with many features that iOS users love, so much so that many would favor that app over the popular favorite Tweakbox. In terms of apps, CockernutX keeps up with the popular favor in terms of third-party installers – with the huge volume, you can download modded apps, games, themes, and pretty much anything you’ve always wanted to download. With CockernutX, you can download it off the bat without having to go through developer tools like Xcode.

The world of apps and jailbroken phones can be a dangerous place. Many of these app stores offer paid alternatives, special privileges and exclusive content.

In this day and age, if you’re mixing your personal information with the wrong crowd, it can be a recipe for disaster. You can never be entirely sure what you’re downloading is actually what’s being offered.

On the other hand, these app stores are easy to download, install and more importantly, easy to get rid of if the time comes that they aren’t your cup of tea. Download with care.