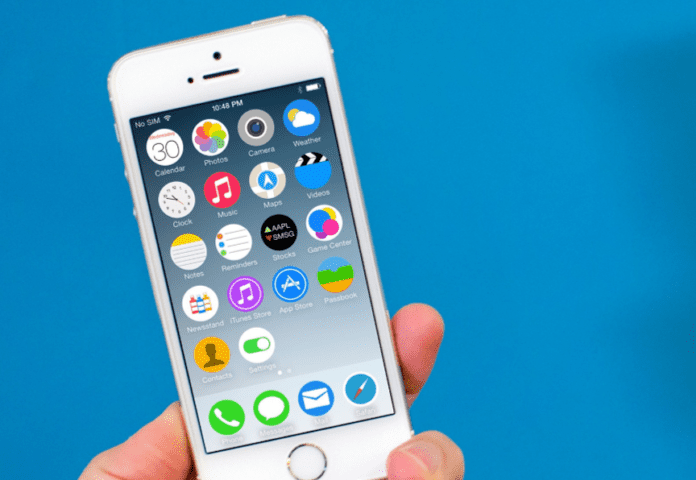 If you thought Google Play Store and iTunes App Store was the only places to get apps, then think again because here comes TutuApp and her alternatives. From the launch of the smart phone, apps have become the talk of the town. They’re the software that can be run on the Android and iOS platform which will let you do more than calling and sending SMS.

However, there might be an instance where some apps aren’t available even in TutuApp. Here are 7 best TutuApp Alternatives to get the best apps on your Android or IOS:

Tutuapp is an unofficial app store that offers 3rd-party apps and tweaks specifically for your iPhone. If you remember back in the day when jailbreaking was so popular, you’d have to void your warranty just to get extra features on your iPhone. With Tutuapp, you don’t need to do any of that.

You’re granted an impressive library of movies, music, emulators and altered apps make for an enticing download. TuTuApp is an iOS exclusive but that’s not to say that you can’t find alternatives that are for iOS and Android.

There are many apps similar to TutuApp that will allow you to have access to a library of altered apps. You may not like TutuApps UX, or you may be unable to download the app for some reason, either way, there are a variety of apps like TutuApp for iOS and Android that you can use to get more out of your device. 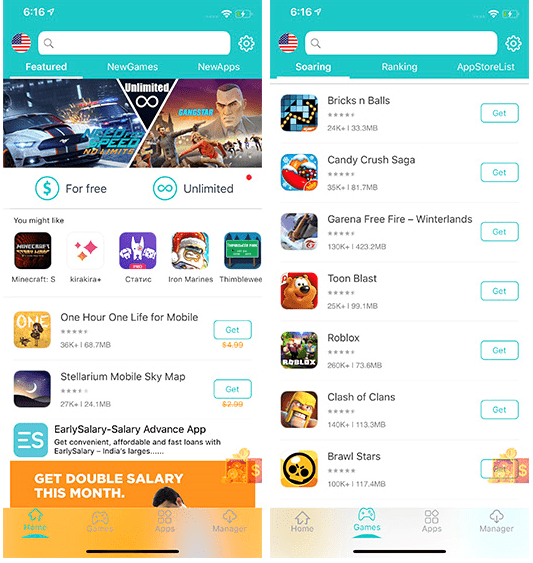 AppEven is a free alternative to TutuApp for iOS devices. There’s a comprehensive install guide available through their website so you can easily get this for your iPhone. You simply need to trust the app on your device so you can successfully install it.

You can check this app market for paid games, hacked apps, and more. They’re all free to download so it’s highly suggested to check it out first before counting them out. The dashboard will look similar to the iTunes App Store because it’ll show tiled versions of thumbnails. 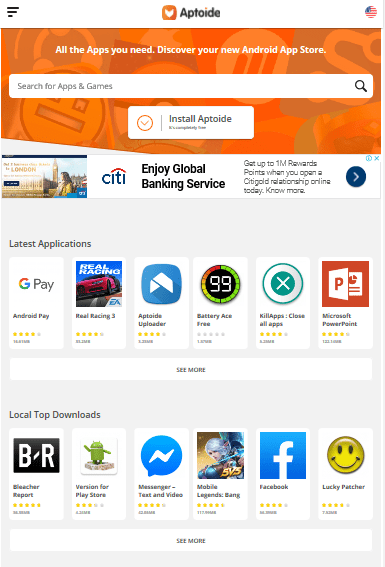 Aptoide is an independent Android app store that’s similar to TuTuApp. It boasts that you won’t experience and geo-restrictions on apps so you’ll be free to download any type of app you want. If you’re a developer, you can contact Aptoide to setup an account to distribute your mobile app.

Aptoide invests in security so people downloading through this platform will rest at ease that their apps will not harm their phones.

This app market has popular titles like Mobile Legends, Facebook App, Temple Run and more. It also has other apps like Lego Star Wars, Vikings: War of Clans, and more.

Aptoide is exclusively for Android devices. 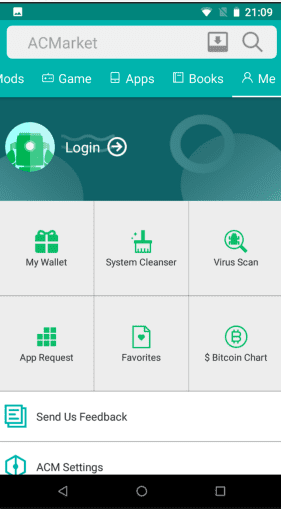 AppValley is a great alternative to TuTuApp and it’s proud to present apps that are free, official, unofficial, and safe. For iOS users, AppValley is a third party app that can install apps on your iPhone without having to jailbreak the phone. In the earlier versions of the iPhone and iPod Touch, you had to jailbreak the phone and install Cydia in order to get apps from third party sources. Now, you can do it by installing AppValley.

This app market is available for Android and iOS devices. 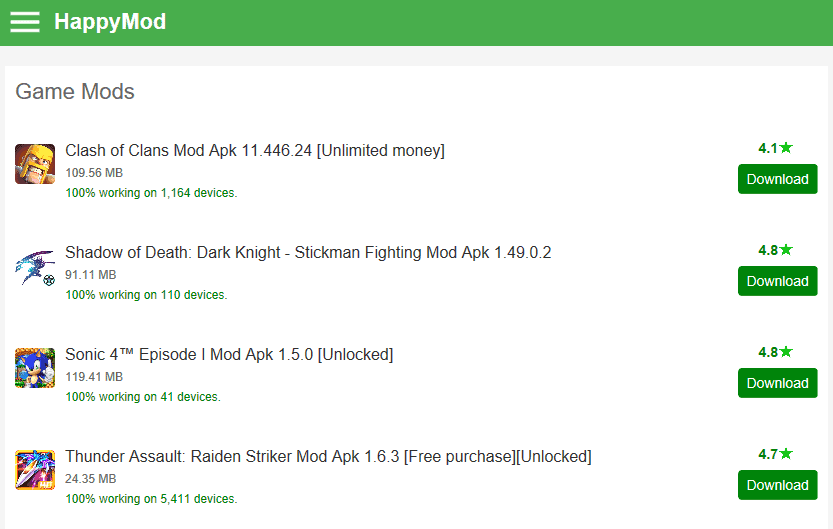 Happy Mod is more of a gamer’s resource because it has mod apps in its platform. Mods are short for modifications so it means that the apps available here are modified versions of the original ones or are meant to run simultaneous with the original one in order to have different game play settings.

The platform is really just for game and app modifications which is highly intended for fun, testing, and experimentation. This place has popular titles like Clash of Clans, Super City, Fifa Soccer and more.

Happy Mod is only available for Android devices. 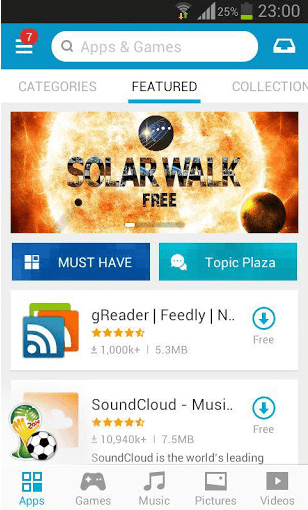 Mobogenie started out as a utility app and now it’s a great alternative to TuTuApp. It behaved like a file explorer which you can use to browse the contents of your phone. Other than that, it also served as the PC client for Android phones. This means that you’d have Mobogenie installed in your phone and your desktop so you can sync the two devices.

Now, Mobogenie has its own app market place and its libraries have all the popular and newest titles from app and game developers. The distinct blue color of the logo and the app interface is easily recognizable. You can search by category or through the search bar on top.

Mobogenie is available for Android devices only. 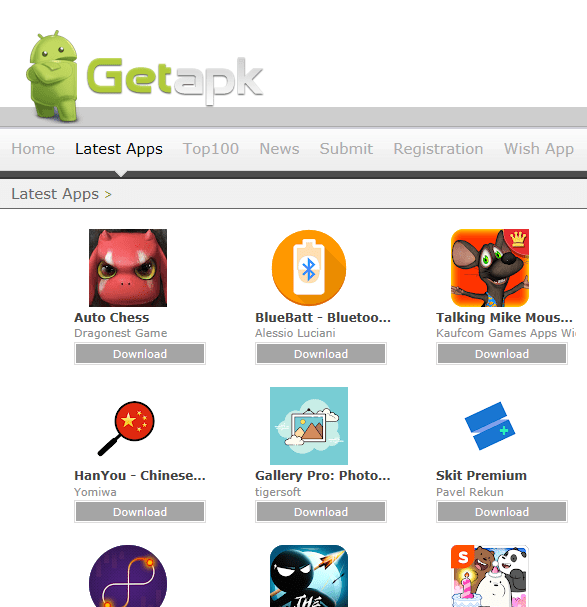 GetAPK is dedicated to providing free android apps to your mobile phone. It has many free apps and popular titles so this app market is worth checking out. GetAPK has a comprehensive category list ranging from Books to Weather. It has popular titles like Grand Theft Auto, Minecraft, Nova Launcher Prime, and more. It also has unique titles like Bumper Cats, Skit Premium, and Jellyfish KWGT.

The main browsing tabs have the latest apps, top 100 apps, and apps you want to wish for. GetAPK is exclusive to Android devices.

25PP is predominantly available in Chinese. It’s an app market available for iPhone and Android. This TutuApp alternative serves the Chinese market so there are apps whose main language is in Chinese. So if you’re Chinese, or have friends who are, then suggest 25PP as an alternative source for your mobile phone’s apps.

The list of TutuApp alternatives will surely have all the necessary apps for your smart phone. If you haven’t tried downloading from any of these markets, consider downloading one or two, and searching through their available apps list.

Pro tip: Beware of third party apps that have malicious software, or malware, which may harm your device. This may also lead to data and security breach. Thus, it is important to do your research prior to downloading the app from any type of source.