Rejection, for many, is a very hard pill to swallow and the pill gets harder and harder to swallow every single time rejection is the end result of a message on Tinder. One would think the invention and popularity of online dating would, at the very least, make the pill easier to handle, but that isn’t the case. When you see the message was successfully sent, and not a single response was made, it can make you sweat bullets.

It could be worse, to be honest. Tinder could make read receipts a part of the equation again and make everyone sweat twice as hard, knowing their message was sent, was read and, ultimately, ignored. But on that same note, is it still possible to tell if someone read your message?

Does Tinder have some secret function that can tip you off that someone has read your message? Well, yes and no, but mostly no. It’s a bit more complicated than that so let’s break it down.

Tinder Receipts Used to be the Norm

When you’ve finally found someone that could be a potential match on Tinder, you start to get to talking. The conversation is going well, as far as you can tell, and they seem to be receptive to your advances and perhaps throwing a few signals to you of their own. Things are looking up for you. But one day, you send your usual greeting and their response is blunt, maybe less than inviting.

You exchange a few words until the last message you sent goes seemingly unnoticed. “They must be busy,” you tell yourself. Then you see the message receipt. That sigh of relief you feel soon turns sour when the other person hasn’t responded in hours, days even. Soon after, it becomes clear, they were interested at first, but then they weren’t.

Imagine the scenario above, one that’s probably familiar, and remove the message receipt. How would that play out? You would have no way of knowing if the person lost interest, they were too busy or maybe they died. Who knows? But it certainly changes the overall feeling you feel when a conversation grinds to a halt.

You see, back in Tinder’s infancy, when it was first released, messages were given a receipt. In this context, a message receipt is when the message was read. For recent Tinder users that didn’t experience that early stage of Tinder, keep the above scenario in mind. Read receipts caused a lot of strife for Tinder users.

Imagine knowing that someone read your message and made the decision not to respond to you. You would be frustrated, irritated, even angry. Unfortunately, those kinds of feelings are heightened for some, resulting in individuals making rash decisions to bash the other person for ignoring them. Y

ou can imagine the sense of entitlement some must have felt. Tinder made the right decision by removing the read receipts

That was, until they decided to bring it back and have its users pay for it and make matters worse.

Tinder read receipts is indicated by blue double check marks under messages that say “Read” or “Not Read” which depends on if the person has read your message or not.

Tinder for smartphones includes a full-featured read receipts system, which includes a checkmark to indicate that a message was successfully sent, as well as the words read or not read to signal that you have they have opened the message and seen it.

The read Receipts feature provides transparency in your relationship and nullifies ghosting because it allows you to figure out if the other person is genuinely interested in you.

How to Tell if Someone Read Your Message on Tinder

1. Use Read Receipts on Messages

This method is hit or miss. It isn’t designed in the same way the original read receipts were. For starters, it isn’t available to everyone; it’s in a testing phase. Lastly, you have to pay for it.

When you’re deep in a conversation and you decide to use a read receipt, you paid with your hard-earned cash, only to have someone drop off the planet. That money was just wasted. Not to mention everyone has the option to opt out of read receipts, so if you wanted to use one, you couldn’t.

How Do Tinder Read Receipts Work?

Even if they’ve paid for the feature, as long as you’ve paid and you’ve chosen to have read recipients turned off, then you won’t be able to see your location vice versa.

If you’re getting swiped right all the time, you’re probably not keeping track of your read receipts properly.

To correct this, open the app and select “see more details” from the three horizontal lines in the upper right corner. Scroll down to the bottom of the page to find the read receipt section.

The read recipient packages work per match, so you’ll need to go to the message that you want to see the read recipients for, purchase the package, then apply the read receipts to the conversation to see if they’ve read your message. 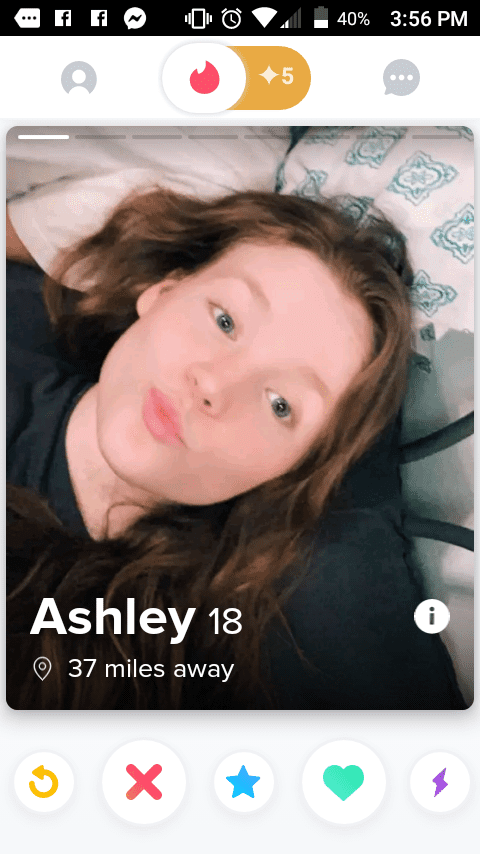 If you’re unable to pay for Tinder to get access to the double checkmarks read receipts to know when someone has read your message, then you can use another method that involves knowing the recipient’s location.

Knowing your match’s location won’t exactly tell you if your message was read, but it can tip you off that they’ve been on it recently, at least long enough to use it.

Let’s say you use Tinder every morning at your favorite coffee shop and that’s where you made your match, and let’s say they were at home when the match was made. When it was, you two were, say, 10 miles apart.

When you next fire up the Tinder app and check their profile, you can see if their location was updated recently; Tinder only updates your location if you use it, no in real time.

How does that help? Well, if you sign on one day, in the same location, and they’re suddenly 20 miles away or 5 miles away, they used Tinder recently. In other words, they were online and there’s a chance they ignored your message or they were just too busy.

It’s too ambiguous to know, but it’s still an indirect way of knowing they were online at least at some point after your message was sent.

3. Make Note of their Profile Page

If you take a screenshot of their profile page and then take another picture, say, a day or two later and noticed new pictures or their bio was changed, then obviously they were online at some point.

Whether or not they were ignoring your messages or they read them and chose not to respond is, well, difficult to know for certain.

4. They’re Active On Other Social Platforms

Not knowing whether your message has been received is one of the most aggravating aspects of several types of online communication.

When you contact someone, they will either pick up the phone or not. When sending a message on Tinder, you have the option to request a read receipt, which notifies you that the message was at least opened.

You can get a delivery receipt for a regular postal letter. Of course, if you’re talking to someone in person you know they’ve heard you. But for message-based communication modes like dating apps, it sometimes feels like you’re dropping messages into a bottle and setting them adrift in the ocean. You don’t know if the person has even gotten your message, much less seen it.

You can always find out if your match has received your message directly, but can you figure out if they’ve been active on Tinder at all? After all, if you know they haven’t been on Tinder, then their non-responsiveness to your message is less concerning, right? It isn’t you, they might be active on other social media platforms.

It may seem self-evident, but if they updated their profile photos or bio, they were definitely on the app. So, if you’ve gone this far down the rabbit hole, all you have to do now is capture screenshots of their profile photos and bios, and come back in a few days to see if anything has changed.

Changes are a clear indication that they were on Tinder for a while, at least long enough to upload a fresh photo.

5. Message Them Again and See If They Reply

This habit of not responding to your message or responding just selectively is known as “ghosting.” On Tinder, this is a common occurrence.

Having read receipts, on the other hand, can create its own series of concerns. What if you can see that your message has been read, but no answer has been received? Is it possible that they are rejecting you? Are they in any kind of trouble? Is their phone dead, and so they are unable to respond?

That is, you have no way of knowing. It’s also awkward to be on the receiving end of such a situation. You may require some additional time to organize your thoughts before resuming a conversation, or you may have other responsibilities to perform before engaging in a full-fledged chat.

You feel extra pressure to answer promptly when you know your friend has received a read receipt. Regrettably, there is no perfect technique to eliminate all anxiety associated with internet conversation!

If your match doesn’t reply to your first message, conventional wisdom maintains that sending a second one increases your chances of receiving a response—as long as you wait a while.

If you want to re-message a Tinder match, do so in a way that feels real to you. If being too direct and blatant seems awkward, say something less irritating.

6. What about Third-Party Services?

No such service is available. There does exist some services that can give you their most recent active status, but something like a read receipt isn’t possible. That kind of information would have to involve breaching the privacy of someone’s messages, an act that is clearly very illegal.

Now, look, if you’re going this far to be some kind of creepy investigator, then you’re probably doing it for all the wrong reasons. It’s best to just take the rejection with grace and move onto the next possible match.

You have no idea what’s going on on the other side. They could be busy or nervous or even scared to move forward. Perhaps sending them a GIF to break the ice further is what’s needed.