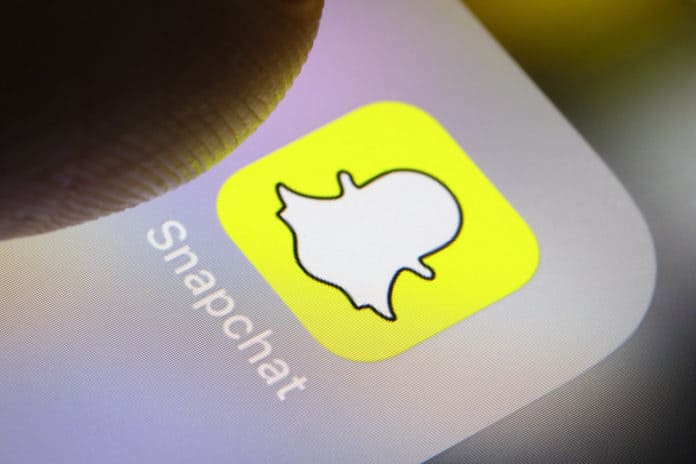 Snapchat is a popular app that emerged a few years ago and only in the last few years has it started to become popular. Throughout its lifetime, there have been many updates given to Snapchat due to all the problems and bugs that’s been causing the app to have problems.

This is going to be a list of the most complained about Snapchat issues, so you may see your problem here, or you may not. If you don’t manage to see the problem you’re facing, comment down below and I’ll help you out within 24 hours.

If you’ve opened the Snapchat app and you’ve noticed that all of the text is white, it can make it hard to see what you’re doing on the app. Snapchat users have complained that the text is a light grey color making it hard for them to see people’s usernames as well as texts. If you can see that the text is appearing white, then there’s likely a bug or glitch that the app is experiencing that’s causing the text to be white.

Another error you might notice when Snapchat goes black is the ‘Oops Snapchat is a Camera App‘ error. This error indicates that the app is lacking permissions.

On your iPhone or Android device:

After you’ve made sure that Snapchat has permission to use your camera, you should notice that the black screen doesn’t come up anymore.

Another thing you might what to try when Snapchat shows a black screen is logging out and then logging back in. Users who have experienced this problem usually find that logging out and then logging back in again stops the black screen showing whenever you visit the camera. You’ll need to make sure that you’ve given the app permission before you go ahead and log out.

3. Snapchat Glitch When I Take a Video

Another popular problem that a lot of Snapchat users have experienced is the camera glitches when they go to take a video. If every time you take a video it glitches or freezes after a few seconds or the video glitches, or it keeps pausing during the video, it can be incredibly frustrating because it means you can take videos to send to friends.

When Snapchat glitches when you take a video, you need to check your internet connection and WI-FI. If you’re connected to WI-FI, try switching to data and see if this does the trick. If you’re on data, switch over to WI-FI.

If your Snapchat videos freezes or glitches, it means that there’s a bug within that app and you’ll need to get rid of it. A freezing camera each time you go to take videos can be incredibly annoying and to fix it, you’ll need to clear the app’s cache.

if your storage is full, then it can cause your Snapchat videos to keep pausing. You need to make sure that your device’s performance isn’t affected by full storage and to prevent this, you’ll need to unbloat your device so it can have better performance.

4. You Can Only View This Snap Once Glitch

If you’re seeing the you can only view this snap once message on Snapchat, just know that there’s a glitch on the app that’s yet to be resolved by Snapchat developers. To get this fixed, you can try things such as uninstalling the app and installing it again, or you can report the problem to Snapchat and contact their developers so that then you can get the problem fixed asap.

If there’s an update, you want to make sure that you visit the Play Store or App Store and make sure that you have an updated version of Snapchat. usually updating Snapchat gets rid of any bugs that were causing the You can only view this snap once glitch.

If you’re seeing its been forever achievement when you look at your friend’s profile even though you’ve been messaging, this can be frustrating as no one wants to use a malfunctioning app. The It’s been forever achievement means that you haven’t spoken to that person in a long time. However, Snapchat users are experiencing this error even though it hasn’t been forever. If you’re noticing that it hasn’t been forever and there’s something wrong with Snapchat, you need to wait for the problem to go away. Usually, this happens when there’s an issue with Snapchats servers and it can be fixed by either waiting for an update, or by contacting Snapchat so that their developers can release an update and get rid of the problem.

If you’ve been experiencing a white screen whenever you go to the Snapchat app, it means that you haven’t verified your email or phone numbers. When you haven’t verified your email by clicking a link in an email Snapchat sends you, or entering a code they sent you via text, Snapchat will glitch and show you a white screen whenever you visit the app. You won’t be able to see any of your snaps, nor will you be able to snap anyone.

To get rid of the white screen glitch, you need to make sure that you check your email or texts to look for a verification that Snapchat has sent you. If you don’t verify your snapchat account, then your screen will be forever looking white.

Another solution that Reddit users how reported the problem has found is uninstalling the app and installing it again. Going back to the Play Store or App Store to reinstall an updated version of Snapchat can get rid of any bugs or glitches that were causing the app to display a black screen.

8. Snapchat Videos Sending Out of Order

If every time you visit Snapchat, you can see that your videos are out of order, this can be frustrating since it’s hard to tell when you’ve snapped someone or how recently you did it. Usually, when your message isn’t in order, it’s down to a bug or glitch within Snapchat that’s failing to keep your chats in chronological order. If you’re experiencing issues with Snapchat videos being out of order, there are probably a lot of people who are also experiencing this problem around you.

When their server is down, this means that it can’t respond to all the IP requests it’s been receiving, which causes it to fail as a whole. Another reason for the server to go down is because of routine maintenance. This can involve Snapchat moving to a new server. When their servers are down, the best you can do is to wait for the issue to resolve itself. Or, you’ll need to either uninstall and install the app again to get an updated version of Snapchat, or you need to clear the app’s cache.

If there’s a blank chat screen on Snapchat, it’s likely down to a glitch within the app that’s causing the chat screen to go blank. To stop a blank screen on the chat section, you should clear Snapchats cache or update the app. Clearing the app’s cache will allow you to get rid of the bug that’s causing a blank screen to show. This in turn will allow you to message your friends again.