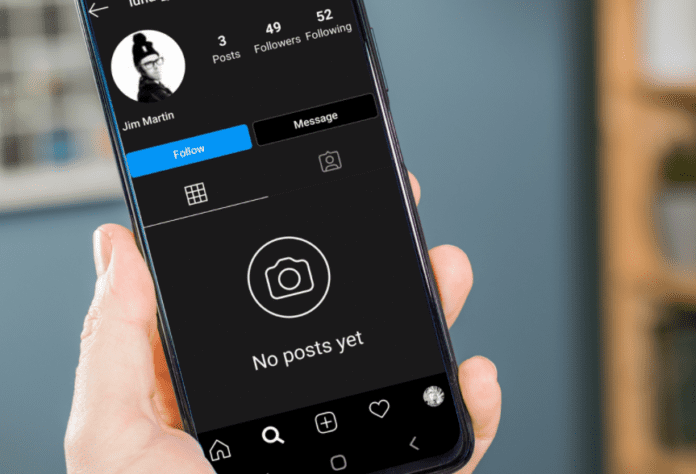 Instagram is a popular social networking site on the internet, with millions of users worldwide. However, there may be rare instances where the networking service is affected by flaws or problems and does not function as planned. Frequently posting to Instagram may assist people in finding rapport with their target market and growing their following.

Unfortunately, sometimes you may encounter glitches when seeing other people’s posts. One of the problems most users face on Instagram is experiencing a message that says no posts yet instead of showing posts. It can happen with accounts you recently followed and accounts you have been following, and you could see their posts previously.

While the ‘No Posts Yet’ message is most commonly associated with the fact that no new posts have been made, it can also refer to various other problems. Instagram displays the ‘No Posts Yet’ notice on a user’s profile to signify that the individual has not yet uploaded any photographs or videos to their profile’s Instagram feed. The articles and Highlights are not included in the posts being referred to. When someone joins Instagram for the first time and does not yet have any content to share, it is typical to see the message ‘No Posts Yet.’ Some of the issues you could be facing with a no posts message are that you are dealing with:

If you experience no posts, it could be a bug, and all you can do is wait for Instagram to fix the problem, which shouldn’t take long given how frequently they release updates. Look out for upgrades on the app store and upgrade your app as soon as a new update becomes available.

The user hasn’t posted on the app

When Instagram shows the message ‘No Posts Yet’ on a person’s profile, it often indicates that users have not yet uploaded any content to their Instagram feed. It is true for most new profiles created on the platform. However, while the ‘No Posts Yet’ notice is used to signal the user does not have any posts, another typical cause for the message to appear is when a user has barred a particular individual from viewing their profile.

You have gotten blocked

While the ‘No Posts Yet’ warning is mainly used to inform that no new posts have been made, it means you’ve gotten blocked. If a person has gotten blocked, the account blocking them will have the notification ‘No Postings Yet’ show where their posts would generally display, indicating that they have not yet posted anything. Contrary to popular assumptions, you can search for individuals on Instagram who have blocked you, unlike other social media platforms. The ‘No Posts Yet’ notification, on the other hand, will appear when you arrive at a profile that has rejected your request to join. Despite being banned, a person may still see the number of posts, followers, and followers who have followed the blocked profile.

Can I differentiate between being blocked and a bug?

There is a technique to tell the difference, but only if the individual has posted something on Instagram. If you are blocked, you may still see the account’s ‘Post’ count on the top panel even if you are not logged in. A person’s profile may display ‘No Posts Yet,’ yet their post count can be 300 if they have blocked you. An account that has not yet posted anything, on the other hand, will have a post count of ‘0’. Unfortunately, there is no way to tell the difference if the account has not yet posted anything on the website.

What To Do If Your Profile Says No Posts?

The ‘No Posts Yet’ message may appear on your profile even if you have already made a post. You may do a few things in this situation to get rid of this message. These include:

Your profile’s ‘No Posts Yet’ problem gets mainly caused by the page not loading correctly. Many times, this is just due to a shaky internet connection. Reload the page after connecting to a Wifi network or vice versa.

Clearing the app’s cache is a simple solution to the problem. Your personal information will not get deleted if you remove the cache. Go to Device Settings > Apps > Instagram to delete the cache. Now press ‘Clear cache’ under ‘Storage.’

This problem is generally resolved by signing out of your Instagram account and signing back in. Of course, before you sign out, make sure you remember your credentials. It’s worth noting that logging out of your account deletes any drafts you’ve saved. It will not, however, have any other effect on your account.

Social networking sites have become popular in recent years. The fact that you have gotten banned on Instagram is not communicated to you; in fact, most social media platforms respect your privacy when removing unwelcome persons from your circle of followers. Even though you will not know if you have gotten banned, there are a few ways to find out. Their significance is not established, and they might be due to coincidence. Before rushing to conclude that you have been blocked, explore the fixes stated in the article.