This can be annoying if you’re trying to follow a lot of people to try and get a lot of followers, but Instagram stops your operations.

You may be thinking to yourself, why can’t I follow anyone even though I’m not blocked by Instagram? You can’t follow these people not because you’re blocked, but because Instagram has blocked you. Instagram has an action blocked feature that stops people from following too many people at once so if you’ve been hit by that feature, you should receive a notification promptly. 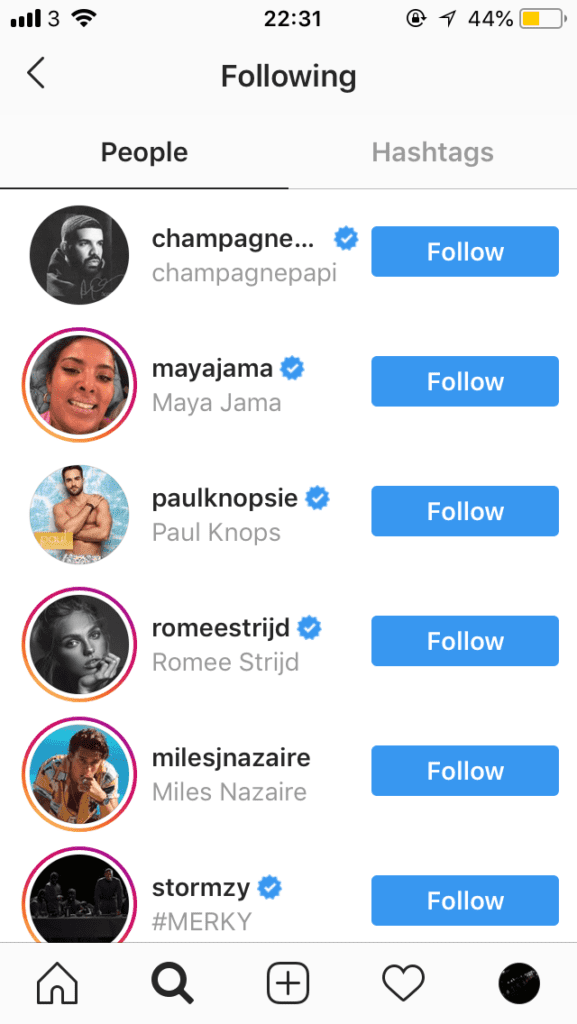 To test this, just follow a lot of people and if the follow button keeps unselecting, then you’ll know Instagram has blocked you. If it only happens to a specific person, then they’ve blocked you.

We restrict certain content and actions to protect our community. This message can last for several hours and even several days. If you do try and follow someone, when you click on the follow button, the button will un-select and you won’t be allowed to follow that person. You can keep trying to click the follow button, but you’ll still be blocked from following.

There are a few reasons why Instagram won’t let you follow anyone. One rare case is that there’s a bug on the app. This can quickly be solved by you updating the app or restarting the device. However, a bug isn’t a common reason why you can’t follow anyone.

Following Too Many People At Once

The first reason why you can’t follow anyone is that you have followed hundreds of people in a short space of time. The following limit is roughly 160 people/per and once you exceed this by a huge amount, Instagram is going to block you from following people.

You need to stop following people for a few hours, so Instagram doesn’t think that you’re using bots and spamming other accounts because this violates their T&Cs. The next reason why Instagram won’t let you follow people anymore is that your account is only a few hours old. If your account was recently made, you can’t follow a lot of people in a short space of time.

You Can’t Follow Anyone Because You’ve Been Using Bots

If you’ve been using a bot that follows or unfollows a lot of people in a short space of time, then you need to stop because the bot could be violating Instagram’s TOS. These bots can be set to fast and slow, but when set on fast, it’s likely that Instagram will clock and ban you from following. This is why when you’re constantly performing certain actions quickly, Instagram thinks you’re a bot.

Liking and Commenting Too Much

This is to stop you from trying to build your account by following people excessively and not using the app properly. 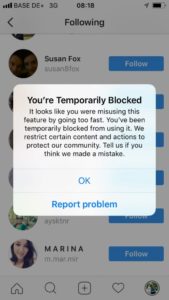 Instagram will block you for a minimum of two hours when you’ve violated their following guidelines.

Sometimes this can be a lot more so if two hours have exceeded, you shouldn’t be surprised because it’s Instagram that has decided how long they’re going to place the ban.

How to Get Unbanned From Following People

To get unblocked from following people, you simply have to wait for the ban to be removed. Unless you know that you haven’t been following a lot of people recently, you can contact Instagram and ask them why they have banned you and ask if they can remove the ban.

After the ban has been removed, you can’t continuously perform excessive actions because Instagram will ban you again. Doing this too many times may result in your whole account is blocked, therefore, I recommend that you stop following for at least a day.

Login From a Different Device

Another way to prevent yourself from being blocked from following people is by logging in from another device. Sometimes switching devices can lift the ban which in turn will allow you to follow people again.