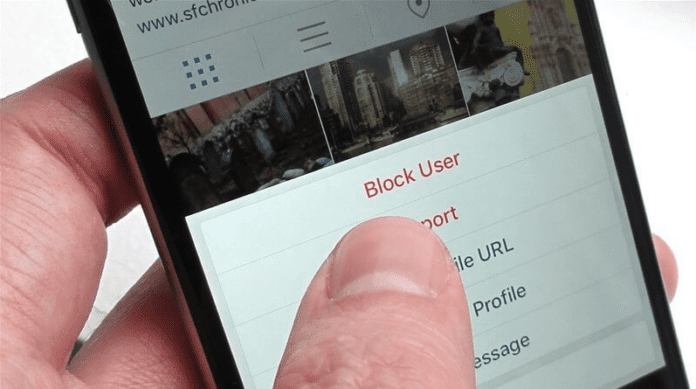 On Instagram, if you’ve been blocked, you’ll never be able to be unblocked unless that person chooses to do so. When someone blocks you, the main thing that characterizes and makes your account unique is an ID that Instagram has associated with that account that you wouldn’t be aware of.

On the face level view, things that characterize an Instagram account include your email, phone number as well as your username.

Includes New Accounts They May Create

There’s a new Instagram feature that allows people to block people and any new accounts that they create. Instagram tightened its policies surrounding harassment after football players in the UK had experienced racism on the app.

This led Instagram to create an anti-abuse feature that stops people from receiving harassment over multiple accounts and it stops the tedious work of people having to block new accounts that harassers make.

Instagram has now given the option to Block x and any new accounts they may create. This means that you’re able to block people that target you directly and it won’t just block the account that they’re harassing you on, it’ll block any new accounts that they make.

This means that the person you’ve blocked won’t be able to find you with a new account because Instagram would have blocked them with the account that they first harassed you with.

Now when someone is harassing you, you have to decide whether you’re just going to block that account or any new accounts they may create.

This is part of their harassment policy which stops people from repeatedly contacting someone who doesn’t want to hear from them.

If this person continues to harass and their account is disabled for breaking Instagram’s rules, then they won’t be able to create any new accounts whenever Instagram becomes aware of it.

There’s a new feature that Instagram introduced that allows users to block accounts that people they choose to block make.

This is a useful feature as when people block people, they usually create new accounts to harass them so Instagram has done all the work for you and they will just block any new account that this person makes.

This means that you won’t have to keep selecting that block button that the harasser makes. This will only happen if the person selects ‘block x and any new accounts that they may create’. If they don’t choose this option before they block you, then you can create a new account and that account won’t be blocked too.

How Does Instagram Block New Accounts They May Create

Instagram can find out when someone you’ve blocked creates a new account by looking at their IP address. Instagram can figure out the IP address that someone has used to make an account then from there, they’ll know when they make future accounts and they will just block that account too.

They don’t use your email address or phone number to find out when you’ve made a new account as you can always use a different email address and you don’t even have to enter your number to use Instagram.

They can also identify the device that you’ve used to make the account and then from there just block future accounts that you make with it.

If you want to create an account without Instagram blocking your account due to you using a similar IP to what you were using for the blocked account, you’ll need to get a new phone and use a VPN or a different router.

Once you have a new phone, you’re using a VPN or you’re connected to a different router, then you can create a new account.

Make sure not to add the same phone number or email address as Instagram may use this as a clue even though i suspect that they don’t. If the new phone also has a network plan that allows you to connect to data, you can use the data too.

If you have a fake or burner account and someone has just blocked your main account, this doesn’t block that account, it only blocks the account that they’ve chosen to block and any future accounts that you might make. This means that your fake accounts won’t be blocked but any new accounts you decide to create will be blocked.

If you transfer an email over to a new account and you were blocked on an account with that email, this new account won’t be blocked just because it contains the same email.

Instagram has a unique ID for every Instagram account so even if you use an email from an account that someone blocked, you won’t be blocked on your new account. Even if you change the username so it’s the exact same as the old account, you still won’t be blocked so that’s not something you should be worried about.

Beware that if you continue to do this, then Instagram will start to show the error that says that you’ve created too many accounts at once. So before you go ahead and do this, you should be aware that if you continue to create accounts that are similar to other accounts using the same device, Instagram will start to realize and you’ll have to get a new device if you want to create more accounts.

Without doing this, you won’t be able to make another account with this email address. You need to make sure that you swap this out with an email that you haven’t used before. Once you’ve done this, you need to verify it – only then can you start using the old email address with your new account.

If you change your email on Instagram after someone has blocked you, you will still be blocked. Changing your email doesn’t automatically mean that you have a completely new account now.

It’s still the same account that the person blocked you on and changing your email in some sort of attempt to change the identity of your account won’t mean that you’re no longer blocked by every account that blocked you before the change.

Creating a new account will also be a good option but now, people are able to block future accounts that you’ve made so you might be out of luck with that technique.

If Someone Blocked You on Instagram Does it Block All Your Accounts?

But now, people have the option to block future accounts that someone makes. This is to prevent people that harass people and it stops the tedious work of having to block the same account over and over again.

This means that they won’t have to keep selecting that block button that the harasser makes. This will only happen if the person selects ‘block x and any new accounts they may create’. If they don’t choose this option before they block you, then it won’t block any accounts that you make.