Home How To Email & Messaging Does Whatsapp Ring If Phone is Off? 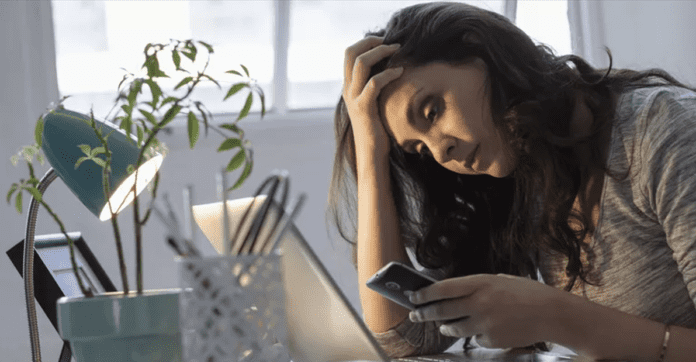 Does Whatsapp Ring If Phone is Off

That is dependent on the internet, as WhatsApp requires internet connectivity to function. Consequently, if you turn off your mobile data or sim card but maintain a functional Wi-Fi connection, your call will continue to ring. On the other hand, WhatsApp calls will not ring if you do not have access to Wi-Fi. When in airplane mode, you will not be able to receive phone calls.

Think of it this way: The sound will not come out through your speaker because there is no connection between you and the person that sent you a message. It’s just like throwing pebbles at a window: nothing will happen unless there is someone on the other side waiting for them.

Someone calling you can choose WhatsApp or phone call; an example would be to ring both WhatsApp and phone simultaneously. WhatsApp will not connect to your mobile device if your mobile data is turned off also.

One of them is “missed call,” and another one is “calling.” While calling, you should check whether your friends can see your WhatsApp status.

Phone Switched Off but WhatsApp Working

If you think someone’s phone is off, yet your calls still ring on WhatsApp, you may doubt their phone is even off at all. Well, WhatsApp will still ring on the callers’ end, even if the device you’re calling is dead or turned off.

While there’s no way to know their phone is turned off through WhatsApp, there are other ways to know.

First, if possible, you could try calling them through your cellular network using the default phone app. If it goes straight to voicemail, this means their phone is either turned off, or they’re in an area without signal or service. Another way to tell is using life 360.

When you add someone to your life 360, you can see their battery percentage at any time. When the phone is dead, turned off or in a no signal area, there will be a red exclamation mark.

If you don’t have this person added to your life 360 and you think you’re close enough for it, we strongly suggest adding them to it to avoid situations like this in the future.

Do WhatsApp Calls Go Through When Phone is Dead?

Yes. When someone calls a number on WhatsApp, the call will go through and will show its ringing, even if their phone is dead. Even though the phone or device that’s dead obviously won’t be ringing, they’ll still be given a missed call notification when they turn their phone back on.

However, if you call someone’s phone number through cell service, the call will immediately go to voicemail if their phone is dead. This is a good way to tell if someone’s phone is turned off.

What Happens When You WhatsApp Call a Dead Phone

When you WhatsApp call a phone that’s either dead or turned off, it’ll still go through and show on your end that it’s ringing. It will be like you’re calling someone who’s phone is on but just not answering, so there’s no real way to know if their phone is off or not using WhatsApp.

When their phone is turned back on, they’ll see a missed call notification on WhatsApp from you. Since you can’t tell if their phone is off from WhatsApp, if you can, call their phone number through your cellular service.

If it goes straight to voicemail, this means their phone is turned off, or they don’t have service. If this is the case or you’re unable to call them through cell service, it may be a good idea to just wait for them to get back to you, or call them back later.

1. Wait For Their Phone to Turn On

We recommend to try and wait for a response for about an hour before trying other options. However, if it’s an emergency and you need to reach them immediately, you can try these other methods;

If you don’t have any other way to contact them, try emailing them. This is an especially good idea if they’re, for example, at work and their phones dead but you desperately need to reach them. There’s a high chance they’ll see the email pop up on their office computer or device.

Emailing them, however, is only a probable solution if they’re at work at an office or somewhere with constant access to a computer. If it’s an emergency, you could call the place they work at and tell them you need to speak with the desired person.

3. Call Their Other Phone

4. Message Them on Social Media

It’s possible that, for whatever reason, their WhatsApp is unavailable. They may have uninstalled the app, or the WhatsApp servers are down. It’s also possible they’re just updating their WhatsApp, so try waiting a few minutes for a response.

Whatever the case could be, it’s always worth trying to message or call them using some other app you have them added on. Apps like Instagram or Snapchat have call features and the call request will take up their entire screen. If they don’t answer on the other apps, their phone is probably dead.

If you think it’ll be ok to show up to their house, then it’s always an option! In most cases, this option should be viewed as a last resort, and should only be done if there’s an emergency or you’re sure they’re not mad at you and ignoring your calls on purpose.

If they are just ignoring you and you show up to their house, this could cause a huge argument or fight, so be careful with this option. However, if there is an emergency, it’s always necessary to reach them in any way you can.

If their WhatsApp is not working for whatever reason, you could try calling them using your cell network. If it goes straight to voicemail, it usually means their phone is either dead or in an area without service.

However, if it rings for awhile before going to voicemail, this means their phone is on and has service. They may be ignoring your call for some reason, or they’re busy and have do not disturb on. If it’s not an emergency, wait a while for a response before calling again.