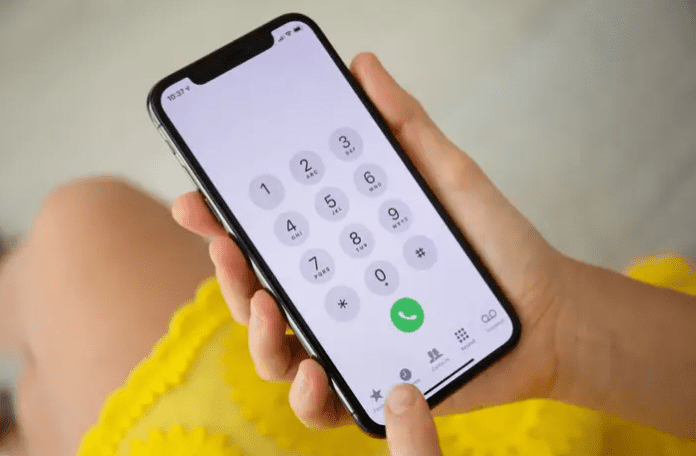 There are times when you’re trying to reach someone and you’re just unsure if their phone is off or they just ignoring your calls. Obviously, when someone isn’t answering their calls or their calls aren’t connecting, it can be concerning and it can lead you to conclude that their phone is off. There are certain things that you’ll hear on a phone call that’ll indicate to you that someone’s phone is off.

How To Tell If Someone’s Phone Is Off Or Dead

1. Phone Rings Once (Or a Half Ring) Then Disconnects

The most common thing that you’ll notice when someone’s phone is dead and you’re trying to reach them is that the call rings once then goes straight to the answering machine. Usually when a phone is turned off, or there’s no service and it’s hard for the phone to be reached, you’ll hear the call ring once then you’ll be allowed to leave a voicemail after the tone.

There’s pretty much nothing else that could indicate to you that someone’s phone is dead apart from hearing the call ring once then going straight to the answering machine so that you can leave a voicemail, or you hear a message saying that the phone is off/person isn’t available and you should try again later.

2. You Ask Them When Their Phone’s On If It Was Off

3. Check When They Were Last Active on WhatsApp

Checking when someone was last active on WhatsApp can give you an idea of if their phone was on or off. If they’re a frequent WhatsApp user and they haven’t been active on WhatsApp in hours, then chances are their phone is off. Make sure that they haven’t been off WhatsApp for too long because people usually charge their phone when it’s dead (during the day). If it’s the middle of the night, their phone might be dead if they don’t charge it during the night. Again, you can just send them a simply message saying i tried to call you last night but it wasn’t going through, from here, they’ll either let you know that they didn’t see your call or their phone was dead.

4. You’ll Be Able to Forward The Call

If the recipient has call forwarding activated, if their phone is dead or they’ve turned it off, when you call them, you’ll be able to forward the call to another number. Not many people have call forwarding activated so if you’re trying to call a friend and you’re wondering why forwarding the call isn’t an option, don’t be surprised because it’s usually corporate numbers. Before a call is forwarded, you’ll commonly hear the call ring once, then you’ll have the option to forward the call even though the phone was turned off.

5. You’ll Hear A Not Reachable Tone

Rather than hearing the not reachable tone, you may be informed with an automatic message right away saying that the person is not reachable which will indicate that their phone is turned off.

7. It Will Transfer To A Hunt Group

If you’re trying to call a corporate number and you’re wondering is the phone is off, you might notice that it transferred to a hunt group until the call is answered by one of the numbers within the group. A hunt group is a feature in a phone system that distributes calls from a single phone number to a group of numbers in a company. Simply put, when callers ring your company phone number, the group will route the call to a group of members so they can answer the call.

How to Tell If Someone’s Phone Is Off When Texting

1. They Don’t Reply To Your Message

A big indicator that their phone is off when you’re trying to text them is that they don’t reply to your message. If someone is a quick replier, but for some reason, they’re taking ages to get back to your message, chances are their phone has died or they’ve turned it off. Although this isn’t the best indicator, it’ll give you clues as to if their phone is dead. If you know that they’re not busy on that day and they’re just at home doing nothing but they’ve suddenly stopped responding to your messages, their phone could be dead.

2. You Text Them on iMessage And It Turns Green

If you have an iPhone and you text them on iMessage, if it takes a while to deliver then it goes from green to blue, then you’ll know that their phone is off. It’s a better indicator when you’ve been texting them for a while and it suddenly turns green. If you know they’re at home and it’s not their service causing this, then you’ll know that their phone is dead. Even if it doesn’t turn green, the message might just not deliver.

How to Tell If Someone Phone Is Off Without Calling Them

If you don’t want to call someone but you want to know if their phone is off or dead, there are a few ways that you can go about it. These methods involve hiding your identity and still calling them rather than not calling them at all because the best way to know if someone’s phone is off is to try and call them.

1. Call Them On No Caller ID

If you want to know if their phone is off, try calling them with a masked number. If you want to mask your number on your iPhone so you can call them without them finding out it’s you, dial *67 before the ten-digit number and then press the call button. To prevent your number from being shown while trying to find out if your phone is off, toggle off Show My Caller ID to prevent your number from being displayed. Some carriers don’t have this feature as an option so you may or may not be able to use this feature.

If the phone rings twice or more, you may be sure that you have been blocked. The blocker may not pick up the call since “No Caller ID” will be shown on the receiving device. After all, most individuals no longer answer anonymous phone calls.

If you call them with a masked number and it rings twice or more, then their phone is still on because dead phones only ring once and then goes to the answerphone.

How to Know If Someone’s Phone Is Out Of Service

The Call Goes Straight to The Mailbox/Voicemail system

When you call someone, the call can go straight to voicemail if they have it set up so that you can leave them a message after the tone. When you call someone and their phone is off, it’s very common for the call to go straight to voicemail. Most people have voicemail set up which is why you’ll easily be able to leave a message after the tone. It’s also common for the call to ring before it goes straight to the answering machine so don’t think that the person’s phone isn’t dead if you hear a ringing.

If Someone’s Phone Is Off Will It Ring

If someone has a dead battery or they’ve just turned off their phone, rather than hearing the line ring when you call them, you might just hear a single ring or a half ring. This happens when someone’s phone is dead, off, or you’re blocked. If their phone is on, then the line should continue to ring and you shouldn’t just hear one-ring. The number of rings is crucial to know if this person’s phone is dead – always listen out for a short ring then leave a voicemail message speech, anything that’s ongoing indicates that their phone is off. If it rings once

You’ll Never Truly Know When Someone’s Phone Is Off

There’s no true way to know that someone’s phone is dead just by listening out to what you hear when you call them because the same messages and patterns can mean different things. If you notice a lot of the things mentioned above happen to you, it may also be a sign of a potential block so it shouldn’t be confirmation to you if you’re noticing a lot of the things above happen when you try and call or text someone.

They Have No Service

When someone’s phone rings once then goes to voicemail, this could also mean that they have no service. If a phone has no service, it can’t connect to its carrier therefore you’re not going to be able to reach them which is why it may seem like their phone is turned off.

Another thing that it could mean when you call someone and it rings once then turns off is that they’ve blocked your number. When someone has blocked your number, you wouldn’t be able to connect calls with them as the call always goes to the answering machine after ringing once. This is why you should never just assume that someone’s phone is off after trying to call them because the same message can mean a lot of things.

Another situation where you’ll hear the same thing as when their phone is dead is if they’ve put their phone on Do Not Disturb on their Apple device (on iPhone, DND is indicated by a faint little crescent-moon icon near the notch). If they have an Android phone, they can also have Do Not disturb enabled. But the only difference is that when you try to call them a second time, the call will go through. But the first time you try and call them, it’ll seem as if their phone is dead. Another thing that happens when someone is using DND is that they don’t receive any notifications on their lock screen and no notification will come down from the top bar while they’re using their phone. So if you try and text them and you’re concluding that their phone might be dead because them not responding is a clue for you, then they might just be using DND.

Their Phone Is On Airplane Mode