Home Do More Social Media Does Bumble Have Read Receipts? 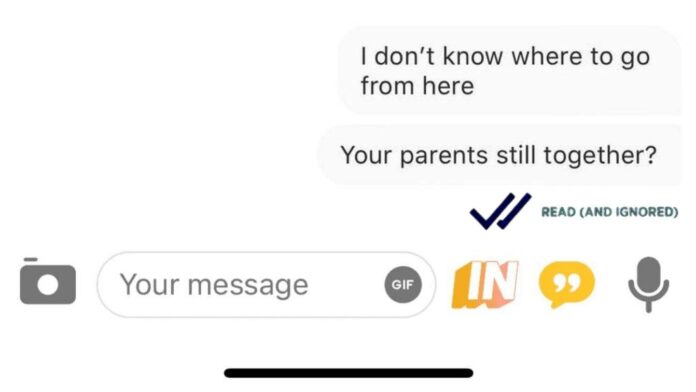 Does Bumble have some secret function that can tip you off that someone has read your message? Well, yes and no, but mostly no. It’s a bit more complicated than that so let’s break it down.

Does Bumble Have Read Receipts?

Many dating apps and similar messaging apps have read receipts, notifying each other when your message was delivered and opened. This is a good feature because it gives you a hint of how to continue chatting with this person without saying anything.

For example, often times, if you see you were left on read, it’s a good sign that person does not want to continue the conversation. While this could be for many reasons, it’s still a solid sign to either change the conversation or talk later.

Unfortunately, bumble does not have this feature, meaning you won’t be able to see if your message was opened or not. This goes for both sides; if you open a message, the person you received the message from will have no idea.

It also doesn’t give a notification for chat screenshots, either. Both of these decisions from bumble have advantages and disadvantages. An advantage is that you can open the message and reply later and you won’t risk them being offended.

Another advantage is that you don’t have to worry if you accidentally open a message you don’t want to reply to yet. On the other side, one disadvantage is that if you don’t get a reply, you can never be sure if you did something wrong, they’re not interested, or they just can’t use their phone at the moment.

While this can be really frustrating, users aren’t completely left in the dark; you still be able to see when your message was sent and delivered. When your message is sent, it means it reached the Bumble servers but hasn’t yet reached their device.

When it’s delivered, it means it reached their device successfully. However, the app will not tell you when they click on the notification and read your message, so it’s up to you to decide to text again or not.

How to Turn on Read Receipts on Bumble

Unfortunately, you can not turn on read recipients, as Bumble does not support this feature. The only notification both parties will get is when a text message is sent and delivered.

If you’d like, after matching, you can bring the conversation to some other app that supports this feature.

Some examples are Instagram, Snapchat, or iMessages (if you both have an Apple device). It’s common practice to add your matches on other platforms, so don’t be afraid to just ask!

Can Someone See When You Read Their Bumble Message

No, when you read someone’s message on Bumble, they will not be given any indication. The only indication they’ll get when sending a message is that the message went through and was delivered to your account.

1. If You Start Typing Then Stop

To avoid this, just don’t type anything when you open the message. Just be aware; not replying to people could make them think you don’t want to talk to them, whether that thought is true or not. You could reply later and apologize by telling them you were busy, or just couldn’t reply at the time.

2. If You Update Your Profile They’ll Know You’ve Been Active on the App

If you’re currently not trying to reply to someone without them knowing, you’ll have to avoid a few more things than just typing in the chat.

For example, if you change something in your profile, whether that be your profile picture, bios or pictures, if they notice they’ll know you aren’t opening their message for whatever reason. Again, this could send a bad message, so unless you are doing this on purpose I’d avoid changing your public bumble profile in any way.

3. If You Reply to Them on Other Platforms

If you reply to them on other chatting platforms, they will, of course, know you’ve been on your phone and haven’t opened their Bumble messages. This probably isn’t that big of a deal since you’re still talking with this person, but be cautious. If you just don’t want to use Bumble chat anymore, you could try just bringing the topic to the platform of your choice.

4. If You Were Messaging Frequently and Too Much Time Has Passed

If the two of you were messaging back and forth often and all of a sudden you stopped replying for an abnormal amount of time, they’ll probably know something’s up.

What Does Delivered Mean on Bumble?

Do Audio Messages on Bumble Have Read Receipts?

No. Just like normal text messages on WhatsApp, audio calls do not have read receipts. So, if you send an audio message, you’ll not be notified when they open, or play, your message. Currently there is no way to turn on read recipients; you will only be notified when your message is sent and delivered.

Do Pictures or Videos on Bumble have Read Receipts?

On Bumble, every kind of message will only show when the text is sent and received. It will not show when it’s been opened or read. This goes for text messages, audio messages, as well as videos and pictures.

Does Bumble Show When You’re on the App?

Along with read receipts, Bumble does not show if you’re online or not. Many social media apps, like Instagram, will show a green dot on your picture in the chat when you’re on the app.

Some apps, like Snapchat, will show when you’re in the chat, but not when you’re on the app itself.

Bumble does not do either of these things, so you can use the app all you want, and unless you change your profile or reply to messages, none of your matches will have any idea you’re even using the app, let alone looking at the chat.

How Can I Know If Someone on Bumble is Ignoring Me?

A clever way to know if someone is ignoring you is to call them. When you match with someone, along with being able to chat with them, you’ll also be able to voice and video call by pressing one of the buttons at the top right of the chat.

If you call them, and it only rings for a few seconds before it stops, it’s likely they themselves are pressing decline on the call.

Unless they take the time to wait until the call stops ringing by itself, it’s likely they’re just not able to reach you right now, or they just can’t use their phone.

Don’t stress too much about it, if they’re interested they’ll get back to you. If they don’t get back within a day, well – it was probably just never meant to be.

It’s best to just move on to someone else instead of wasting your time with someone who’s not interested in returning your texts or calls. Remember, there’s plenty of fish in the sea.

Can You Tell If Someone Read Your Bumble Message?

Unfortunately, it’s impossible to tell if someone has read your message on Bumble. Bumble doesn’t provide read receipts to its users so trying to look for checkmarks or a seen notification when you’ve sent a message to see if the other person has read it is a waste of your time.

To check if someone has read your Bumble message, you’ll need to look for clues because Bumble themselves aren’t going to reveal it to you.

Since there’s no read receipts feature to get double checkmarks read receipts to know when someone has read your message, then you can use another method that involves knowing the recipient’s location.

Knowing your match’s location won’t exactly tell you if your message was read, but it can tip you off that they’ve been on it recently, at least long enough to use it.

Let’s say you use Bumble every morning at your favorite coffee shop and that’s where you made your match, and let’s say they were at home when the match was made. When it was, you two were, say, 10 miles apart.

When you next fire up the Bumble app and check their profile, you can see if their location was updated recently; Bumble only updates your location if you use it, no in real time.

How does that help? Well, if you sign on one day, in the same location, and they’re suddenly 20 miles away or 5 miles away, they used Bumble recently.

2. Make Note of their Profile Page

If you take a screenshot of their profile page and then take another picture, say, a day or two later and noticed new pictures or their bio was changed, then obviously they were online at some point.

Whether or not they were ignoring your messages or they read them and chose not to respond is, well, difficult to know for certain.

3. What about Third-Party Services?

No such service is available. There does exist some services that can give you their most recent active status, but something like a read receipt isn’t possible. That kind of information would have to involve breaching the privacy of someone’s messages, an act that is clearly very illegal.

Now, look, if you’re going this far to be some kind of creepy investigator, then you’re probably doing it for all the wrong reasons. It’s best to just take the rejection with grace and move onto the next possible match.

You have no idea what’s going on on the other side. They could be busy or nervous or even scared to move forward. Perhaps sending them a GIF to break the ice further is what’s needed.

As of writing this article, read receipts are unsupported entirely for Bumble chats. They can not be turned on for any kind of message, including pictures and videos.

The only notification you’ll be given after sending a message is for when the message was delivered to their phone. The reason for this is unknown, as most apps at least give you the option to turn this setting on.

If read receipts are a need for you or the recipient, there are other apps you can use for chatting. We recommend Facebook messenger, Snapchat, Instagram, WhatsApp and iMessage for iOS.