Facebook is the most popular social networking site that allows you to create an account and add people you know. Once you’ve added someone you know, you’ll be able to see the pictures they upload, videos, statuses, posts they’ve liked and commented on, and posts they’ve shared.

If you’ve had Facebook for a long time, then you’ve probably got loads of friends that you’ve added over the years. Facebook has a history where you can view your friendship with someone since you’ve added them. This can take you on a trip down memory lane and you’ll be able to see all of the posts you’ve shared with them, tagged them in etc. Within this, you can also see the date you became friends with them. This will allow you to know when you started being friends with them.

Can You See When You Became Friends with Someone on Facebook?

Facebook allows you to see when you became friends with someone using the activity log and the friendship feature on a friend’s Facebook page. You can see the exact day, month, and year you accepted each other’s friend request.

How to See When You Became Friends With Someone on Facebook

If you want to know how long you’ve been friends with someone on Facebook, there are ways to find out. For example, one approach asks you to recall the date you agreed to be their friend. The alternative option uses the Activity Log function to locate your most recent anniversary with a buddy. Using the Friendship feature on a friend’s page on Facebook, you can find out what month and year you first became friends, as well as other information such as posts you’ve exchanged, friends you’ve shared, and photos you’ve both been tagged in using the Friendship feature on your own Facebook page.

1. Seeing the Month and Year you Became Friends with Someone 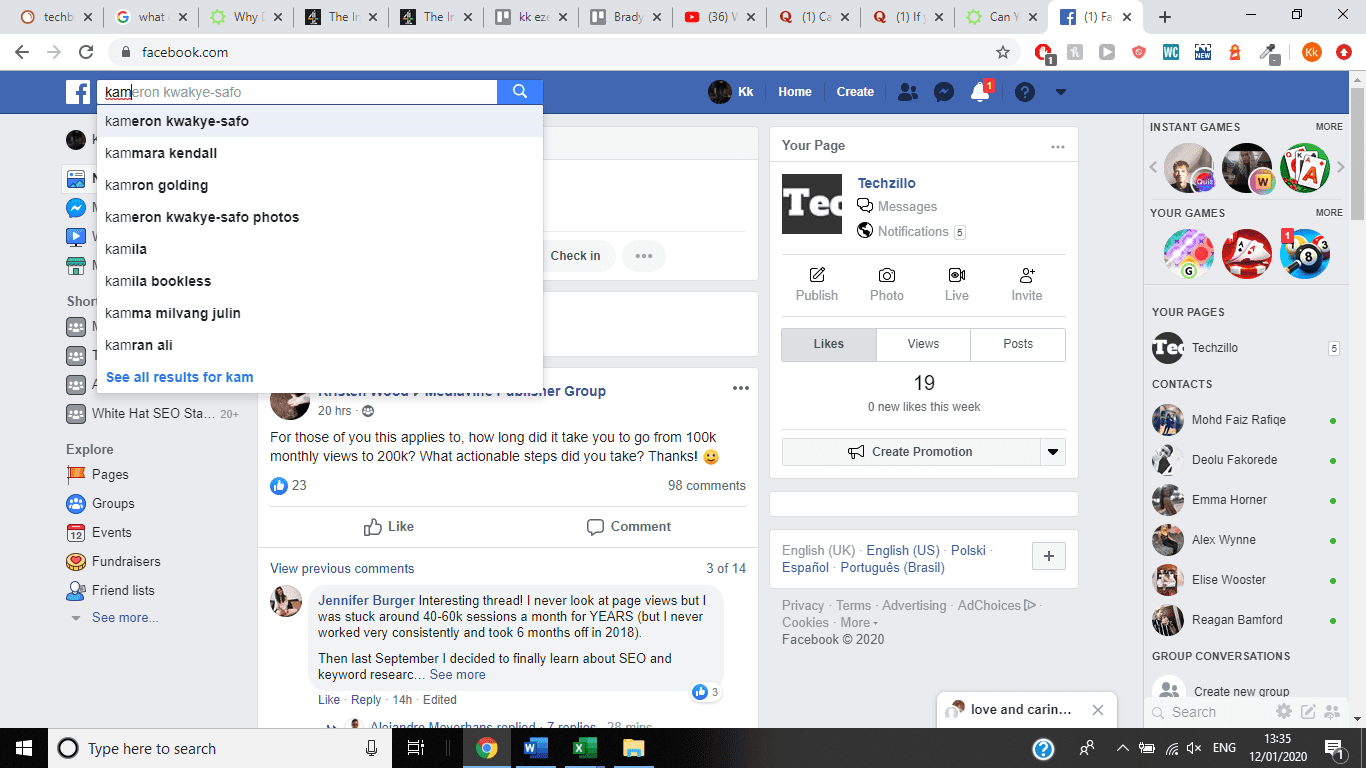 1. Go to Facebook in a web browser and search for the person you want to see. 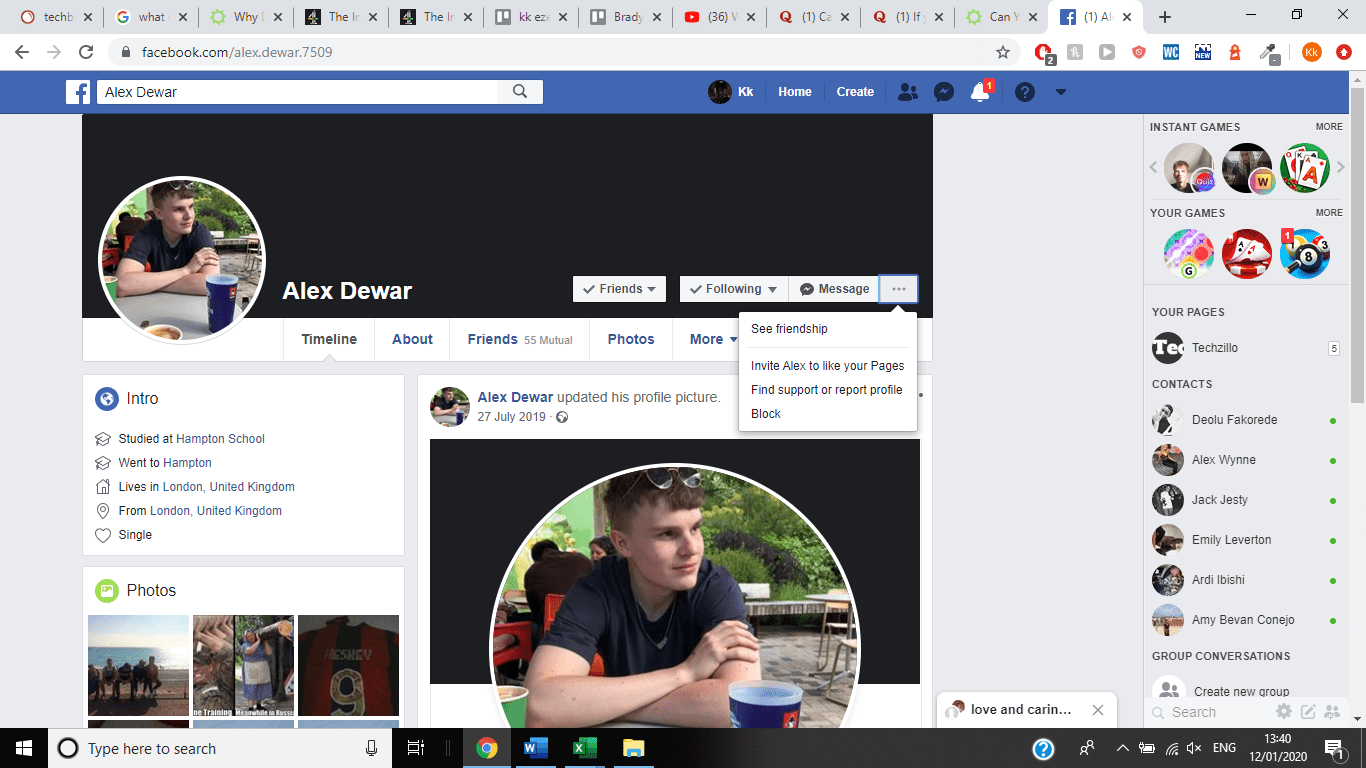 2. Click on the three-dotted lines next to Message and select See Friendship. 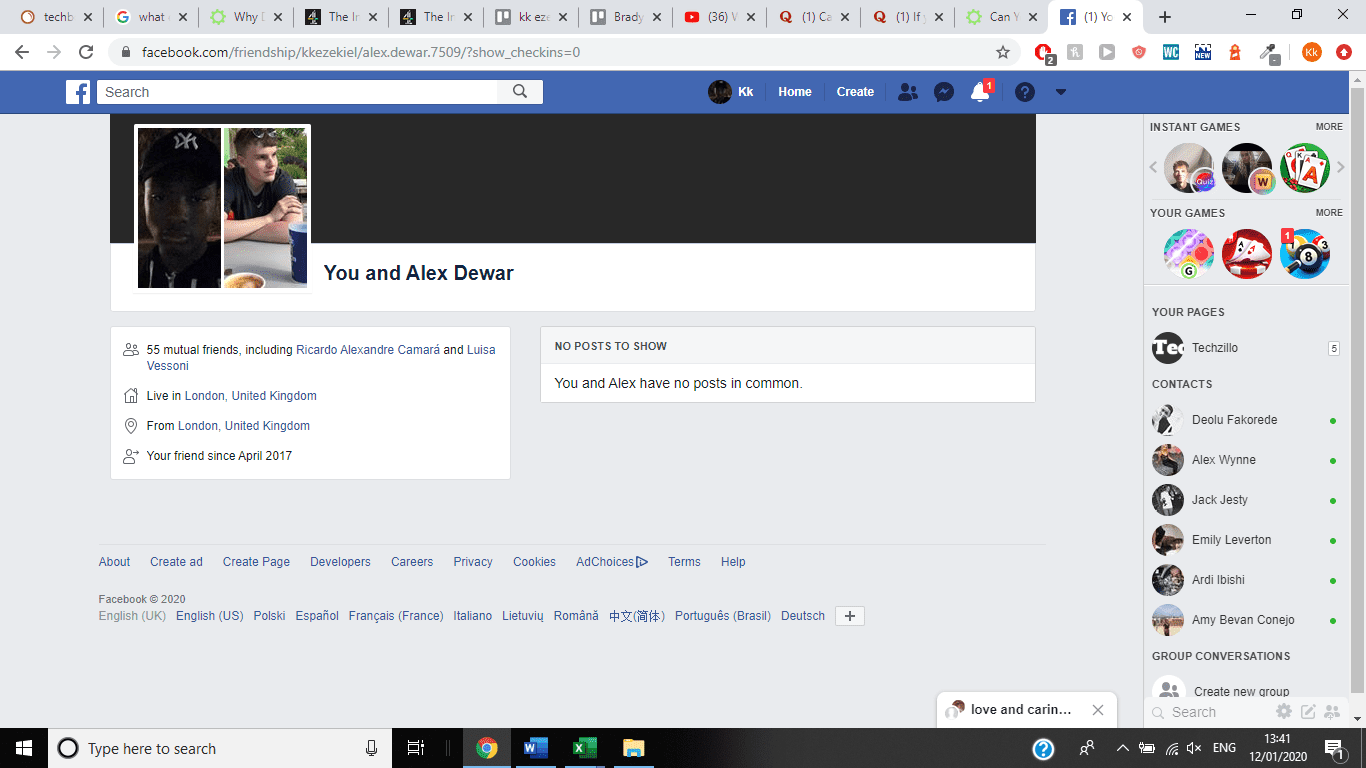 3. On the left, you’ll be told the month and year you became friends.

2. Finding Out the Exact Date

1. Although this method is a lot more tedious because you’ll have to scroll through a calendar, you can use the month and year you found previously to navigate the calendar and use it to find the exact day. 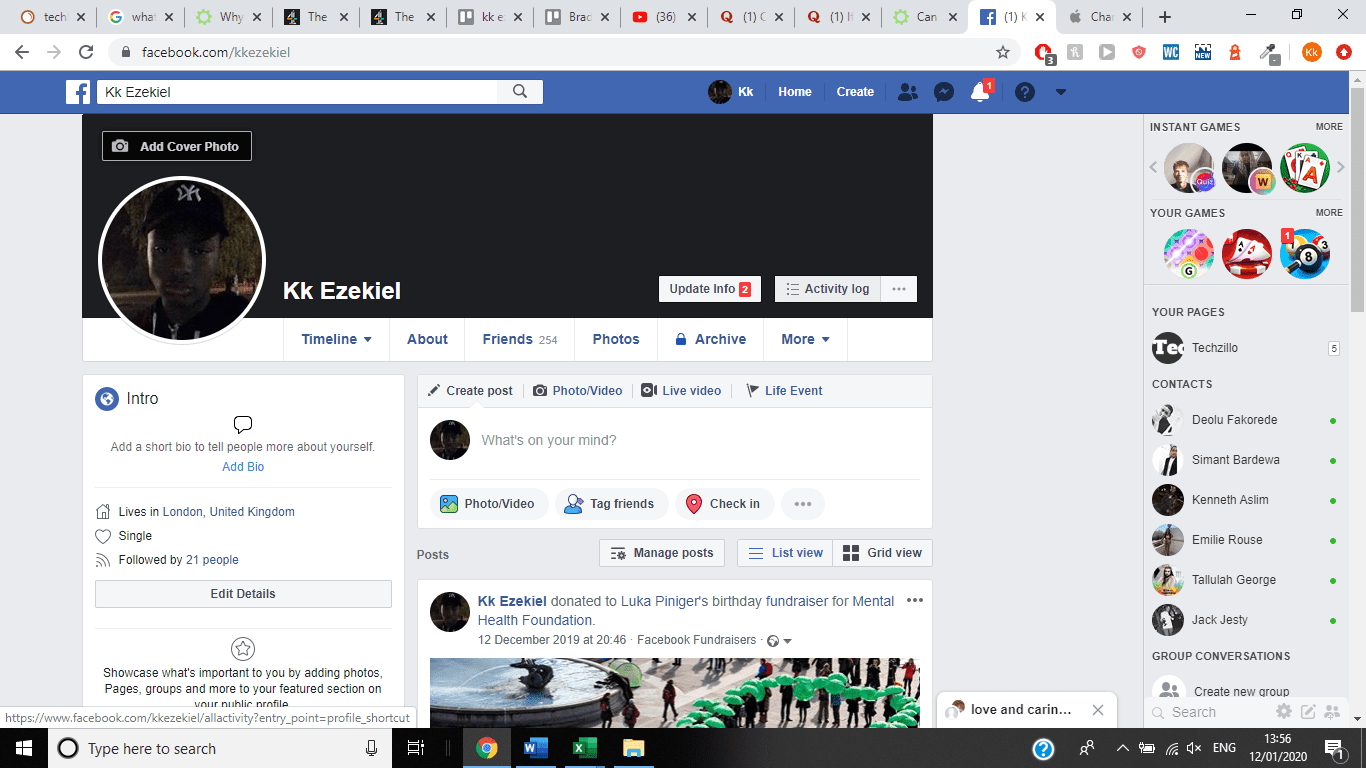 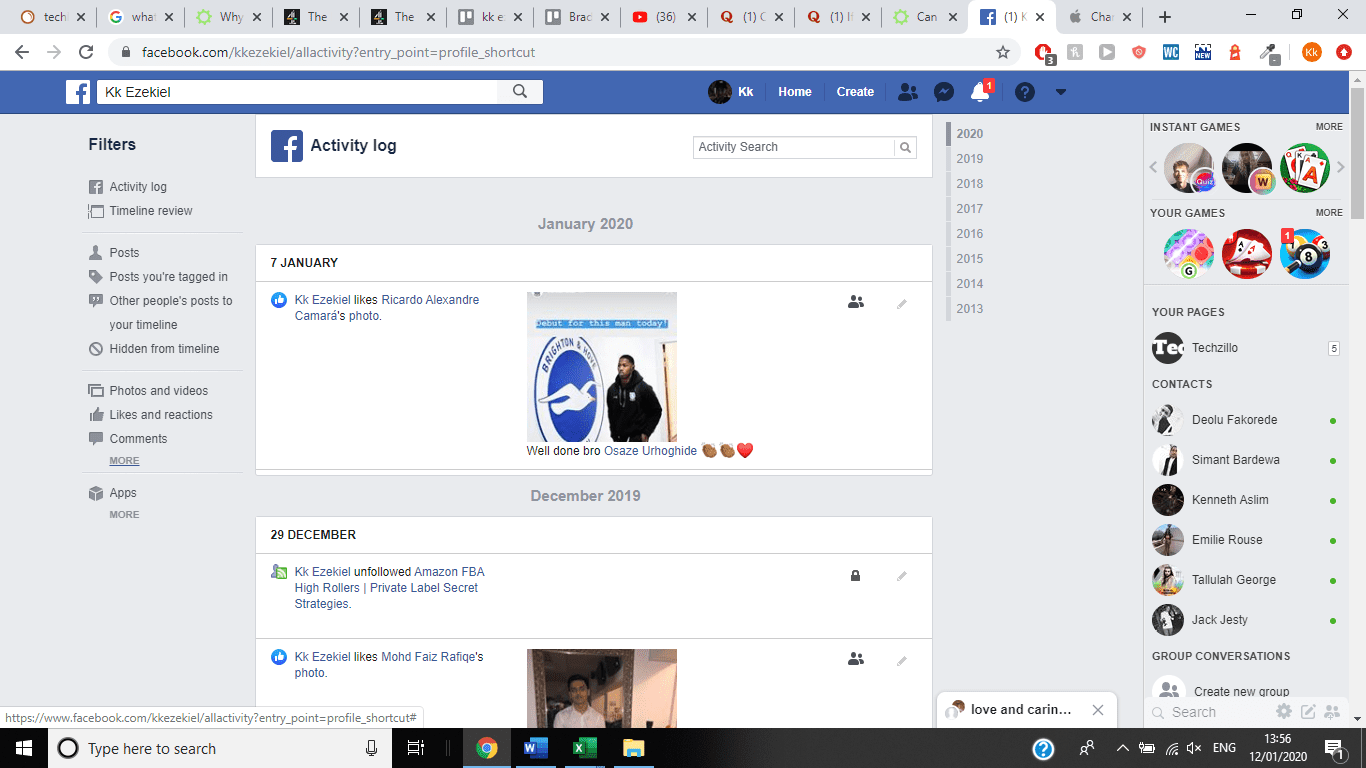 3. In the left column, select More. 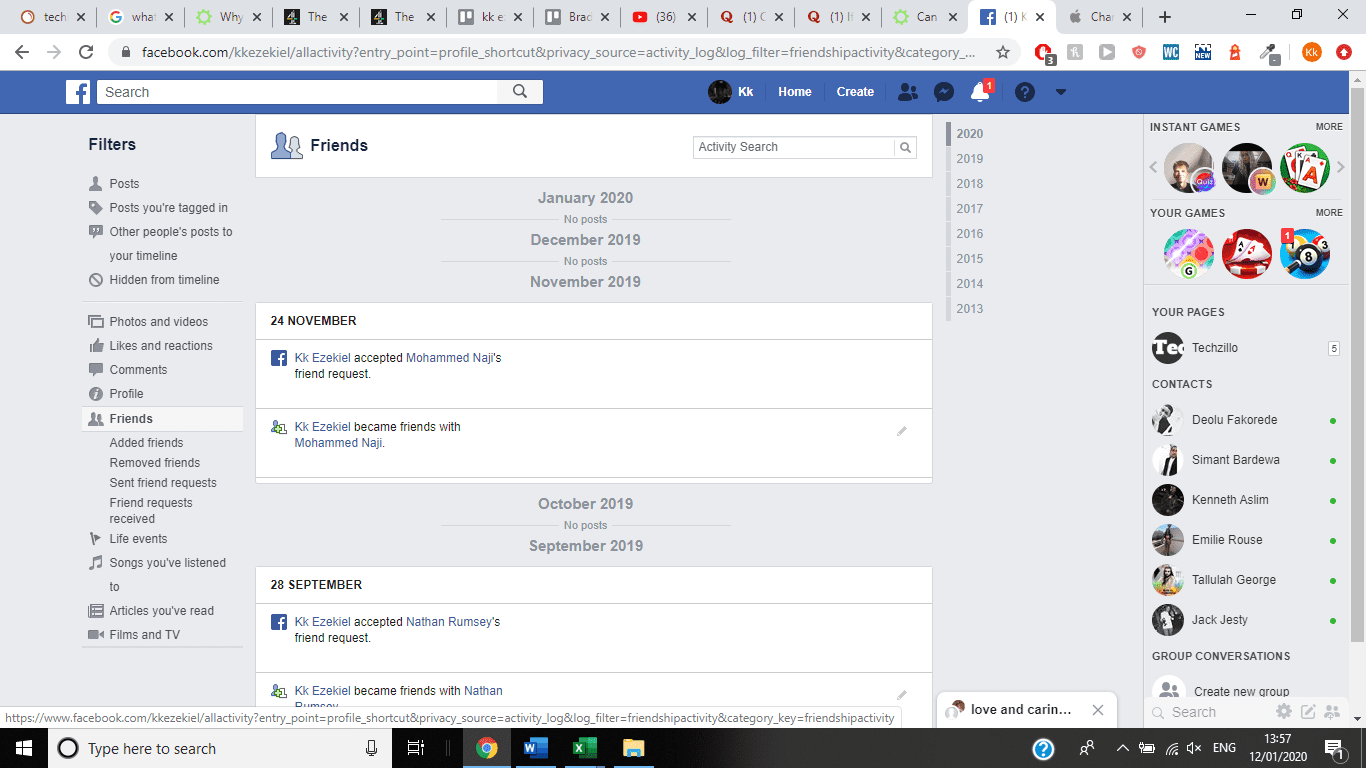 4. Select Friends in the left column. 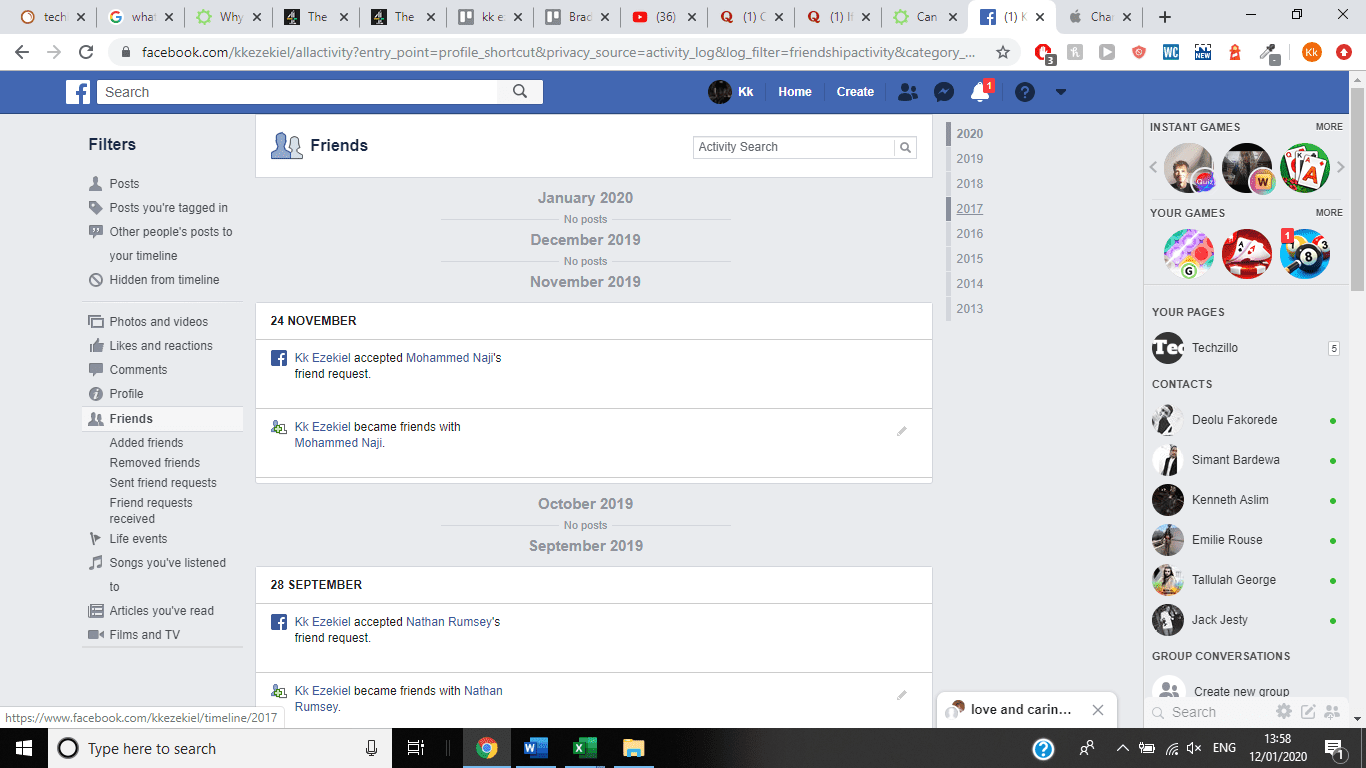 5. Select a year on the calendar in the right. 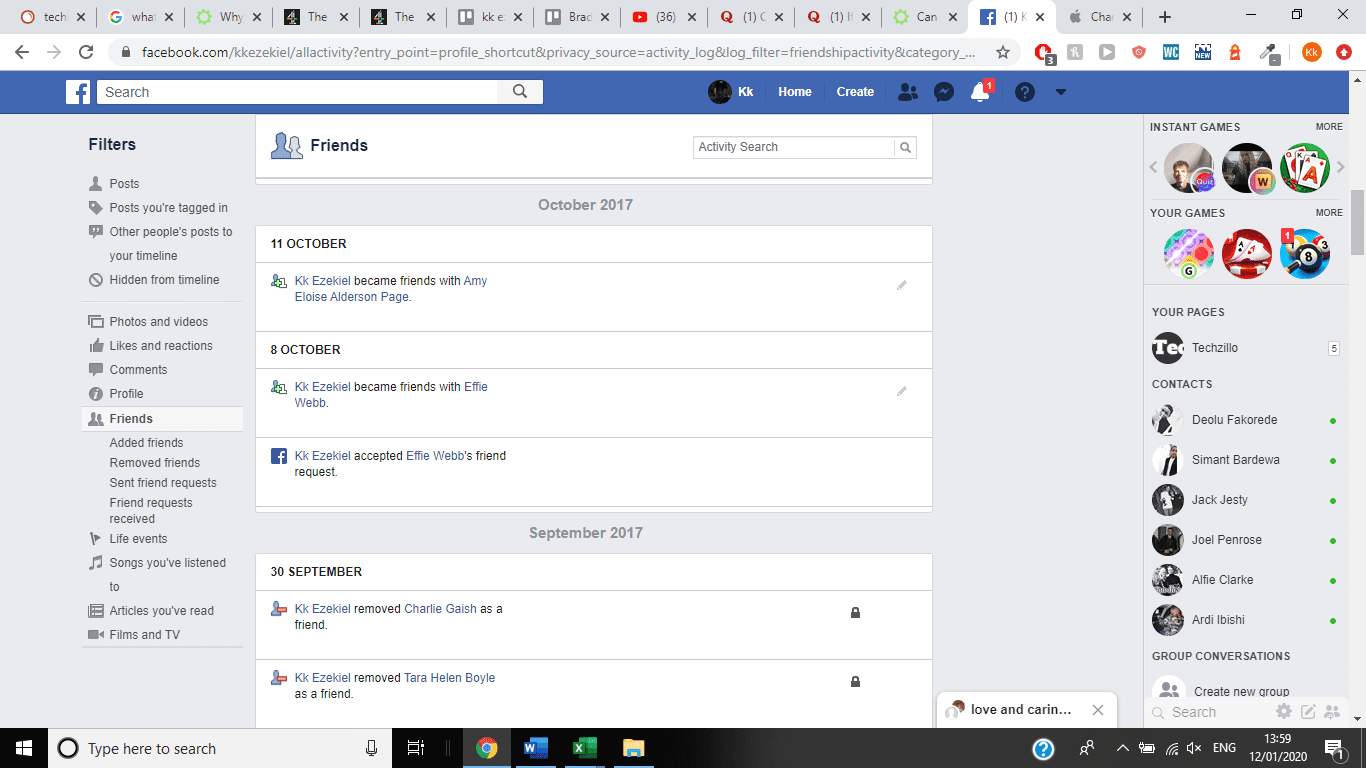 6. You can see the exact date you became friends with someone.

3. Ask Them When They Think You Have Become Friends

The date of your anniversary will be determined by whether or not you recall when you accepted a friend request, so set up the anniversary as soon as the friend tells you the date. Every time that date approaches, Facebook will send you a notification. When it has been a year since you accepted the friend request of that particular person, a message will appear on your Timeline to remind you that you have been friends for a year. You’ll also notice the year you became friends on that particular post.

4. Look at When You First Messaged Them in Messenger

To see when you became friends with someone on Facebook, you can always check when you sent them a message on Facebook messenger.

The quickest way to see your first messages requires that you recall what you said or at least one of the terms you used. Open the Facebook Messenger app and type in the topic you talked about when you first started talking in the search field at https://www.facebook.com/messages/. Locate the chat and join it by clicking on it.

5. Look at When You Tagged Them in Something

Tags are an explicit mention of someone in a Facebook post, which establishes a link to their profile that anybody may click on to learn more about them. You may use the @ sign followed by the person’s name in a text post or comment to include them in the conversation. To see when you became friends with someone, go through pictures you tagged them in to have a rough idea of when you became friends.

If you are not sure if you ever tagged a person, you will need to visit their page. Enter the name of a Facebook friend in the search box, then click on the profile. To view photos, select “Photos.” All of the photographs and videos that this user has been tagged in will be shown in this section. You may not be able to see all of the pictures since the amount of information you can access is determined by the person’s privacy settings, which you have no influence over. Once you see a familiar picture you tagged the user in, you will know the date, indicating when your Facebook friendship began.

Why Can’t I See When I Became Friends with Someone on Facebook?

Look directly beneath the cover image of the Friendship page. It contains information about your friendship, such as the date on which you became Facebook friends, as well as other relevant information. The Friends section displays any mutual friends you and your partner have in common. If you fail to see when you became friends with someone on Facebook, you may need to report the issue to Facebook.

Before reaching out to Facebook, you can clear the Facebook cache. Cleaning your browser’s cache is quick and easy, and it may be the solution to a Facebook connection problem you are experiencing. But beware: There is a catch.

Facebook has multiple ways to find out how you became friends with someone. To help you have a yearly reminder of when you became someone’s friend Facebook has an anniversary feature. Using the “On This Day” tool on Facebook, you may produce a video to commemorate an anniversary. After clicking on the tab, you will be sent to a Facebook video explicitly designed for you to celebrate your friendship anniversary. Facebook makes it easy for you to send your friend an exciting Facebook anniversary video that features pictures of the two of you in it.