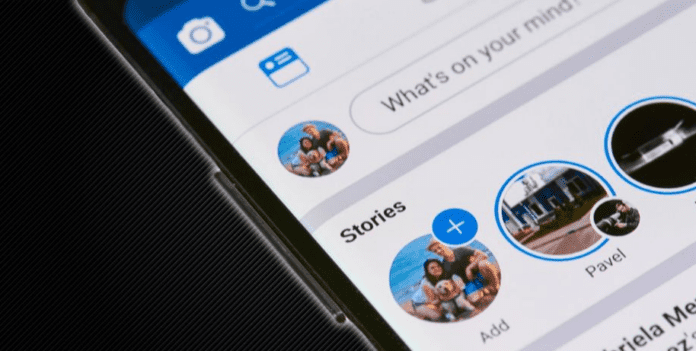 At the bottom of your Facebook Story, you may have seen a message saying “saw by one other” or “1 other people viewed this story”. The Other viewers on Facebook is a mystery for some but in this post, we’ll break it down so you know what this means and how to identify those who are on this list.

People that watch your story but aren’t friends with you on Facebook are referred to as “Other” viewers when you post a public story.

Making your stories private restricts access to your stories to just those who you’re friends with. The only way to ensure that no one other than friends see your story is for you to make it private.

Facebook has opted to keep the identity of anyone in the Other viewers list private. As a result, you’ll only know how many “other” viewers there are, but you won’t be able to find out who they are.

Anything you post to your Facebook story will appear on Facebook and Messenger and be shared with the same audience on both platforms. If you don’t want everyone to see your Facebook stories, you can choose who sees them by changing your “Privacy Settings.”

When you open the Facebook story you’ve posted, you’ll see the total number of viewers. The number of “Other” viewers is shown at the bottom of your story’s viewer list.

Facebook does not display the identities of those “Other” viewers. You will be able to see the total number of individuals who have watched your story, including those who are not Facebook friends with you.

Because Facebook does not publish the names or profiles of those “Other” viewers, you will be unable to see their profiles.

1. Have You Sent Your Story To Anyone You’re Not Friends With

2. Become Friends With A Bunch of People

3. Put A Story Asking Who Viewed It That You’re Not Friends With

4. Ask The Person Who Sent It To Their Friends

Someone might have sent your story to their friends which are people that you’re not friends with. Because of this, they’ll appear in the other viewers list. To fix this, you can ask whoever you suspect to have sent the story. Simply send them a message saying, did you send my story to a bunch of your friends? If they say yes and you’re familiar with who their friends are, this will let you know who is in the other viewer’s list.

5. Ask Your Viewers If They’ve Sent It to Anyone

If you want to know who the “Other” viewers are, you can simply put up a story asking, if you’ve sent my story to anyone and we’re not friends, send me a message by replying to this story.  Some people who are brave enough will own up and say that they’ve sent it to their friends.

This will cause people who aren’t friends with you to send you a message saying they’ve sent it to their friends. So you’ll now be more clued up on who’s in the “Other” viewers section because if you know who their friends are, or if they tell you, then you’ll know.

1. Change the Story Settings to Friends

You can restrict your story from being seen by accounts other than your Facebook friends. To do so, change your story’s Privacy setting to Friends.

When you upload a story with the privacy settings set to Friends, that story is not visible to the general public. Only Facebook accounts on your friend list have access to that story, i.e., only your Facebook friends can see the story and no one else.

Regardless of the reason, it’s important to remember that you’re the one who posted the story. If you don’t want people to share your Facebook story, ask them not to share it so that people who aren’t friends with you don’t see the story.

3. Make Sure It’s Not Something Viral

If you don’t want people you’re not friends with to be viewing your story, you need to make sure that it doesn’t go viral. If it does go viral, this can cause a flood of people you don’t know to view your story which will cause the “Other” viewers list to fill up.

Facebook is a platform that one can use to share a story. It can be anything from a wedding to a vacation. However, it can also be something viral.

The problem with going viral is that your story may not be something you want to share with the world. To make sure your story doesn’t go viral, make sure it’s not something that goes viral to begin with. You can get your friend’s opinion about your story before you it.

4. Set the Story to Custom and Choose Certain People

The “Public” option, like other Facebook settings, makes your story visible to anyone. The “Friends and Connections” option limits your story to individuals you know, while “Friends only” restricts it to people who you’re friends with. The Custom option is a list that allows you to select who sees your story.

You can also change these options after you post your story.

The primary reason why there isn’t an official way to see the other viewers is for privacy reasons. It would be a public relations nightmare for Facebook if there was a way for non-friends to view your story and users to know about it. We all look up friends, former friends, exes, and coworkers on Facebook, and we don’t want other people to know when we do.

Another reason why Facebook probably hasn’t made it possible for you to see the “Other” viewers list is that the list would end up being too long, especially if you were a popular creator, and loads of people who aren’t your friend would be viewing your Facebook story and this would cause the list to be insanely long.

This means that if you’re looking for anyone specific on the list, then you won’t be able to find them because of the sheer amount of people on the list.

The viewers’ list will be too long if everyone who you’re not friends lists viewed your story, so Facebook groups them as “Other” viewers so that you can focus on your friends that saw your story.

People want to share their lives with people they know and love. Sharing a story on Facebook is a great way to do this. However, some people are not who you’ve intended to share your story with.

For example, people can stalk your profile, find your phone number, and harass you. Because the people in the Other viewers section are not who you’ve intended to share your story with, Facebook doesn’t bother showing you who’s in this list.

You can make your profile private so that there are no “Other” viewers.

Knowing who has seen your stories is critical for both privacy and safety. Unfortunately, if you change your privacy option to “Public,” people who you’re not friends with won’t be able to see who viewed your story.

The following are the essential takeaways from the article:

If you change the privacy option on your story to “Public,” everyone on Facebook and Messenger will be able to view it. “Other” viewers are people who are not your friends on Facebook.

You can’t see who “Other” viewers are because Facebook purposefully hides them. If someone blocks you immediately after seeing your story, you’ll see “1 viewer” in your story views since their profile will be hidden from you.

In conclusion, it is strongly advised that you set your privacy option to “Friends.” Otherwise, people who you’re not friends with will be able to see your story, and you will not be able to identify them.