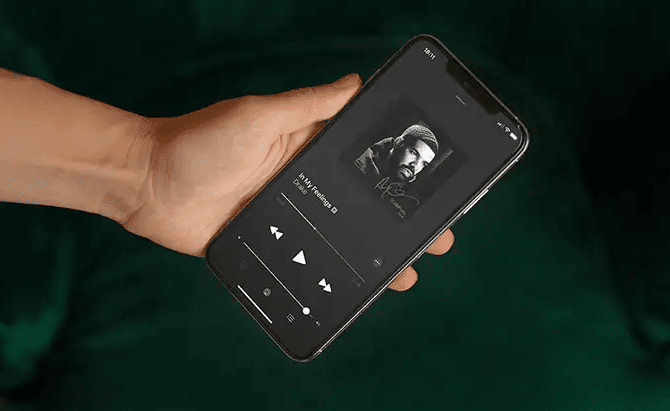 After paying subscriptions for services like Spotify, Apple Music and YouTube having issues with your audio playing is the last thing you want. Usually, this problem occurs when the apps you visit has the ability to play audio within the app, for example, apps like Instagram, Twitter, Facebook and YouTube, etc all have the ability to play audio whilst you’re in the app – this is mainly in the form of videos.

Why Does Music Stop Playing When I Open an App?

Audio Was Playing On That App When You Opened It

Since these apps have their own audio, they may sometimes stop the music you’re playing from Spotify or Apple Music because you’ve recently been playing audio from that app.

Apps like Instagram and Twitter that allows you to watch videos can sometimes pause your music when you open it simply because there’s a video playing in the background – and as you’re aware, audio can only come out of one app so the app that was recently opened will cause the music playing to stop. Luckily, there are ways to stop apps from turning off your music.

Software Problem With the App or Your iPhone

In rare situations, a software problem can your music to stop playing when you open an app. Bugs and glitches are known to cause all types of problems on iPhones and usually, they’re temporarily problems within your iPhone’s software that causes random problems.

Here’s how Twitter explains their video autoplay feature, “Today we’re introducing a more streamlined consumption experience for all native videos, GIFs and Vines on Twitter. These rich media creatives will now autoplay in timelines and across Twitter. We have begun rolling out this change to iOS and web, with Android coming soon.

When a user scrolls through his/her feed and sees a video, that content will begin to automatically play while muted. Clicking on the video will bring the user into the full-screen viewer with sound and continue playing.

As always, people can Retweet, like or comment on the video at any point depending on the app. To keep the rich media experience consistent, seamless and friction-free, this also applies to GIFs and Vines shared on Twitter.

So if you’ve started to play music on Spotify or Apple music and you open Instagram or Twitter, if there’s a video auto playing, your music will stop. Even if either app is running in the background, if you switched apps midway through a video playing, if you go to play music, you’ll notice that it pauses even if you don’t open the app.

Along with normal videos, ads on Instagram or Twitter can stop your music from playing so if you open them and notice that an ad was playing when your music was interrupted, then you’ll know why.

How to Stop Apps From Pausing Music iPhone?

To stop apps from pausing music, the best thing to do is to close the app that’s pausing the music. Stopping apps from doing this isn’t a complicated step and when you notice that your music keeps being paused because of an app, you can simply close it.

The first way to get rid of this problem is to close your background apps. This will force the app to shut down, therefore, any audio that’s been playing or recently played on that apps will be forced to stop. When you go back to the app whilst playing music, it won’t be able to stop your music because there’s no audio currently playing on the app.

1. Go to the home screen on your iPhone.

3. Swipe the app off the Multitask view that stops your music from playing.

4. When you play music and visit the app, it should no longer stop your music from playing

2. Scroll down and tap Settings.

3. Scroll down to Preferences and tap Media.

4. Tap next to Autoplay Videos to toggle Autoplay on and off.

This is only a short term fix and getting to the root of the problem is going to solve it for good.  An even better thing to do would be to close the app or turn off video autoplay. This will allow you to open the app without your music pausing.

The next thing you should do is to restart your iPhone. If the problem persists, then there may be a software issue within your device that causing this problem. When you restart your iPhone, the software gets refreshed and any bugs or glitches that are occurring will be removed.

5. Turn Off Video Autoplay On Other Apps

On Apps that have video autoplay, you can disable this because this can sometimes stop your music from playing whenever you visit these apps. Video autoplay is when videos automatically play without you having to manually play them. Because of this, the music apps may detect that audio is playing from this app therefore stop.

In apps like Instagram and Twitter, you can disable video autoplay by going into the settings. Once disabled, you should be able to play music without any issues.

Press-hold the sleep/wake button with the volume down button for at least 7-10 seconds. Do not release them until the Apple logo appears on the screen.

If you typically have a weak source of internet, for example, slow WIFI, then this may be a frequent occurrence. You need to make sure that you turn your WIFI off then on, or switch to data. Once you’ve done this, you can visit the app again to see if your music stops playing.

If your music is still pausing when you open Instagram or Twitter, then you need to update the app. Bugs are the most common causes of problems within an app so it’s best that you get rid of the bug by installing a newer update.

To update an app, go to the App Store, tap on Updates, select the Update button next to the app. Once you’ve done this, you need to go back to the app and see if your music stops when you do so.

If Instagram or Twitter is still interrupting your music when you open the app, then you’ll need to delete the app and reinstall it again. This only works if the music stops when you open an app specifically. To delete an app, hold down on it, press the x, then select delete and confirm your decision.

The next thing that you should do to try and get rid of any glitches that could be causing your music to stop playing when you open apps is to reset network settings.

To wipe all settings:

The next thing you need to do in this situation is to restore your phone from DFU mode. This is the last step an Apple tech will take when there’s a hardware or software issue going on within your device.

The problem you’re experiencing is persisting then restoring from DFU mode is the best way to try and get the software to refresh and get rid of whatever glitch is causing the problem.

When you put your device in DFU mode and restore it, it’s going to wipe all of the code off the device, update the firmware, and put the code back on. During this process, you’re going to lose all of your data, so you do need to back up your iOS device.

A factory reset will be needed if a force restart doesn’t work. A factory reset involves wiping your device clean and restoring it back to its normal settings. For this to work, you’ll need to be willing to lose all of your data in the process, but if it’s backed up, then you’ll get it back. There are two ways to factory reset your iPhone but the easier way is through the settings app.

To revert to factory settings:

If you have tried all the steps and you still can’t get your music to stop pausing when you open Instagram or Twitter, then it looks like there’s a deeper issue that can’t be resolved with troubleshooting steps. In this case, you’ll need to contact Apple support to get this fixed. You can speak to their live chat via the Apple Support website.