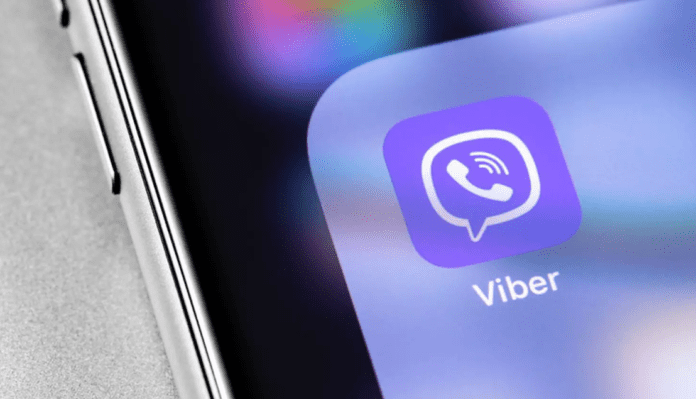 If you want to leave a Viber group, then there’s a button that allows you to exit freely. But if you’re not engaged within the group or for some reason you want to leave but you don’t want to come off as being rude, you can leave the Viber group secretly without anyone knowing.

How to Leave a Viber Group

Can You Leave a Viber Group Without Anyone Noticing

There is no current Viber method that will allow you to do this secretly because they like people to know when someone within a group has left. If there wasn’t this notification that alerted the admins, people may think that you’ve deleted the Viber app, or there may have been a bug. So Viber likes to let the admins know concretely that you’ve left a chat.

Although you can’t leave silently, there are some loopholes that you can use that will be as effective as leaving. You’re not going to be outright leaving, but it still has the same effect.

How to Leave a Viber Group Without Being Noticed

To leave a group without the rest of the group receiving a notification, you’ll need to access a feature in the settings app. Turning this option on is going to allow you to leave a Viber group with no notifications alerting them. You’ll have to turn on the option to disable group notifications in Settings.

1. Leaving a Group by Clearing or Exiting the Group

You can leave a Viber group without anyone in the group chat knowing by selecting the group chat’s name at the top and selecting More. From here you can choose options like ‘leave group’. This will allow you to leave the chat without being notified.

If your group chat is always busy, then the best way to leave it would be to Leave the Group normally. The reason why exiting the group chat can work when you chat is always busy is because people might miss the notification once you leave. This is a risky method but it’s pretty much the only concrete way you’ll be able to leave the chat without members noticing.

To exit the group:

Once you’ve done this, you will no longer be able to message the group. If you click the chat in an attempt to message people, there will be no chat option for you to start typing.

2. Blocking A Viber Group to Leave Without Being Noticed

Another great way to get out of a Viber group chat without anyone noticing is by blocking the group. This doesn’t mean that you’ll be leaving the group, it just means that you won’t be receiving notifications from the group, and no one in the group can message you. This is another alternative to actually leaving because it has all of the benefits and no one will receive a notification.

Blocking the group involves you going to every admin individually and blocking them. This is only a good method when you’re not close with anyone in the group so they won’t later on try and message you personally. There’s no way that they can find out that they’ve been blocked so it’s a good loophole to actually exiting a group and notifying admins.

3. Muting a Viber Group without Anyone Noticing

One more alternative to leaving the group chat without anyone knowing is by muting the group. Although this isn’t leaving the chat, it has that same effect. You’ll still be part of the group, but you’ll no longer be receiving notifications when people message you. To do this, you’ll need to go to the group in the conversations list, tap the group name, and select Mute.

4. How to Delete a Viber Group Without Leaving the Group

If you also what to delete a Viber group without the rest of the group knowing and without leaving the group, it’s very possible. The group may be taking too much memory within the app because of all the pictures and videos, therefore you’d want to delete the group.

To delete a Viber group without leaving the group:

The group should have been wiped from Viber without you leaving the group. This is going to delete all of the audio, pictures, and videos, therefore saving you a lot of memory.

Once a message comes into the group, you’ll see the group in Chats again, but everything will be wiped.

To stop receiving notifications from Viber on your iPhone, go to Settings > Notifications. Then select an app and turn off the slider next to Allow Notifications. You will have to repeat this process for each app you want to turn off.

If you were looking to switch devices soon, you may as well change your number while you’re at it. Changing your number will mean that your old number is still in Viber and therefore your new number won’t be in the group.

Although you can transfer all of your contacts to your new sim, because your old number was in that group, when you use Viber, the conversation won’t be there. This is another effective way of leaving the Viber group without the members knowing.

To leave a group by changing your number on Viber, you need to open settings, go to Viber, and click clear data and cache. This will refresh your Viber account and it’ll appear as if you just downloaded Viber for the first time.

Instead of changing your number and having to start entirely new threads with everyone, you can just fake a new number which will allow you to leave a group without anyone knowing.

Once your number has been changed, you’ll need to leave the group but not using the traditional method. You can leave simply by clearing Viber and because you have a new number now, the group chat will no longer be there.

To do this, open settings, go to Viber, and click clear data and cache. Once this is done, you can finalize it by opening Viber and registering your new number. Although these steps are quite complex just to leave a Viber group, you would’ve left the group without notifying anyone.

8. Change Your Name and Delete Your Profile Before You Leave

If you change your name and delete your profile before you leave, this will allow you to exist without anyone knowing it was you. Changing everything to a name and picture that has no ties to you will pretty much fool everyone in the group when they try to identify who left.

If this is a huge group and not everyone in there knows everyone, then this will work like a charm – the members will probably just think someone was added by accident to the group and they decided to leave.

Rather than having to deal with what people will think of you if you were to decide to leave the group chat, you can just straight up delete Viber. This means that you can avoid the group chat and no one will know about it.

This option is only viable if you don’t use Viber for frequent communication, but if you do, then you’ll need to find another way to leave groups without people knowing.

Rather than fearing what people will think of you if you were to leave the Viber group abruptly without saying anything, you can leave the group politely so that you don’t come off as rude.

Since there is no way to really leave a group without anyone knowing, having ways to leave in a nice way will still allow you to leave the group and use Viber normally. There are many polite reasons and excuses for leaving a group chat, you just have to choose one that sounds believable.

“I’ve got no storage and this group chat is taking a lot” – This works well if there are loads of videos and photos being sent in the group, they’ll think it’s a genuine reason and it’ll look better than just leaving the group abruptly. You could also couple this up with that you’ve tried to delete lots of videos and photos from your camera roll and it’s still saying Viber is taking the most storage and this is the only active group chat you have on Viber.

“I’ve got a data limit and Viber is using too much data too quickly” – this gives them a genuine reason which is that your data is being drained up by Viber too quickly and you need to leave to prevent it. You could also pair this up with the fact that you’ll join the group again once you get more data again.

“I’m trying to cut down on Screen Time” – since this is something that most people focus on, it’s a totally perfect excuse for leaving a group chat. They’ll understand that reading and responding to group chats take up an excessive amount of time and can be extremely distracting so taking yourself out of it will free up some time for you.

“I’m studying and need to get rid of distractions” – If you’re in a period of your life and you have upcoming exams and the people in the chat know this, they’ll easily understand why you need to leave the group chat to get rid of distractions. Most people who have exams have to go through a strict period of revision prior and if they know how intense things are for you, they’ll understand the situation that you’re in.