Snapchat, like many social media platforms, is a place for others to meet friends and perhaps something more intimate. Eventually, mutual friends want to exchange phone numbers, perhaps to be connected on other platforms. However, if you were looking for some magical way to get someone’s phone number from Snapchat, you won’t find one here. That being said, there’s still one way of getting someone’s number on Snapchat.

There is no chance someone’s phone number (which you may have used to validate your Snapchat account) would be revealed to the public unless they specifically put it in their Snapchat account’s bio. It means that there is no direct method to find someone’s phone number on Snapchat, which is unfortunate. The good news is that you may quickly obtain someone’s contact information on Snapchat by following a few simple steps.

Can You Get Someone’s Phone Number From Snapchat?

How to Get Someone’s Phone Number From Snapchat

1. Ask Them For Their Number On Snapchat

You have to ask them–it’s that simple. There aren’t any known programs or applications that reveal that kind of information. In fact, if you come across any programs or applications that advertise they’ll reveal hidden information for you, especially if they’re asking for money, then you need to immediately refuse that service. It’s a scam and likely there to steal personal information, like credit card numbers and the like.

It is, admittedly, easier said than done, but if you want someone’s phone number, you’re going to have to work for it. Most people aren’t going to throw their number at you. Create memories with the other person, build trust with one another and establish a friendship. And when the time feels right, you ask them for their phone number. If they reject your request, and they give you a legitimate answer, then you need to respect that and hope they change their mind in the future. After all, you are talking to them on Snapchat.

2. Use Reverse Lookup to Find Their Number

Although you can see someone’s number directly on Snapchat, you can use a reverse lookup to find out their number. You can look for them on other social media platforms and try looking for their number through those platforms. Apps like Facebook allow you to see people’s phone numbers if they’ve made that information known.

3. Wait For Them to Put Their Number On Their Story

How do you approach the friend when asking for the phone number? You don’t want to come across as a stalker, so you need to be respectful. You will need to tell the friend why you need the number, and some people will readily give it to you.

Others will first ask people for permission to give their phone number away, so you will need to be patient while they ask for permission. The person whose number you want may ask their friend not to give you their number, and you will have to respect their decision and leave them alone.

5. Call Them on Snapchat

You can opt to make a video call on Snapchat. Snapchat’s video calling function operates in a manner that is quite similar to voice calling. Using Snapchat, open the Chats screen by swiping your finger from left to right from the home screen. Slide your finger across the name of the person you’d want to speak with to initiate a conversation. Then, touch on the video camera symbol at the bottom of your screen to start recording. To see the video in full-screen mode, tap on it. A video conversation can end by pressing the camera symbol a second time.

Most people think you need to have someone’s name to find their phone number on Facebook. Even if you don’t know who someone is or their name, you may still conduct a Facebook search. Knowing where they went to school or where they are now enrolled, for example, makes it much easier to locate them online. Facebook allows its users to provide a great deal of personal information about themselves in their profiles. The site’s core goal is to bring people closer together via sharing information. You may use this to your advantage while looking for someone on Facebook.

First, you may glance at the person’s Facebook profile, namely the About page > Contact and basic information area, before proceeding to more complex approaches. If the users have made their contact information available, such as a phone number or email address, you may be able to locate it with relative ease. In most circumstances, the information you can find out about a Facebook user is quite restricted, primarily if you and the person are not related in any way. However, by using a reverse username search engine, you may obtain a plethora of information on a specific Facebook user name and friends.

7. Use ZabaSearch to Find Their Phone Number

If you fail to get someone’s phone number from Snapchat, you can always turn to ZabaSearch. It is a popular people-search engine that you may use for free if you are looking for someone. ZabaSearch claims that its search engine has three times the number of residential listings available on the yellow pages. And because there is no registration necessary, you may begin looking as soon as you want and for as long as you want.

The ZabaSearch service collects publicly accessible information about people from across the internet and organizes it in a single location. And just a few keystrokes and a click of a button, you can use it to locate names, addresses, and phone numbers quickly and easily for almost anyone, all without paying a cent.

Although Zabasearch hosts some of the information it lists for you, it does not host any of the data; it only aggregates it. Numerous individuals are reasonably concerned about the information found at sites like Zabasearch and other comparable ones. However, unless you’ve taken extraordinary precautions to ensure that none of your personal information is ever made public, this information will become publicly available eventually.

“I Can’t Add a Friend With Their Number”

For those of you, that hand your phone number out with intentions of being added on Snapchat, what are your privacy settings like? If you aren’t sure, then perhaps you should check them out, like so:

1. Find and open the Snapchat app.

3. On your profile page, open your Settings by tapping the gear icon in the top right corner of the screen. 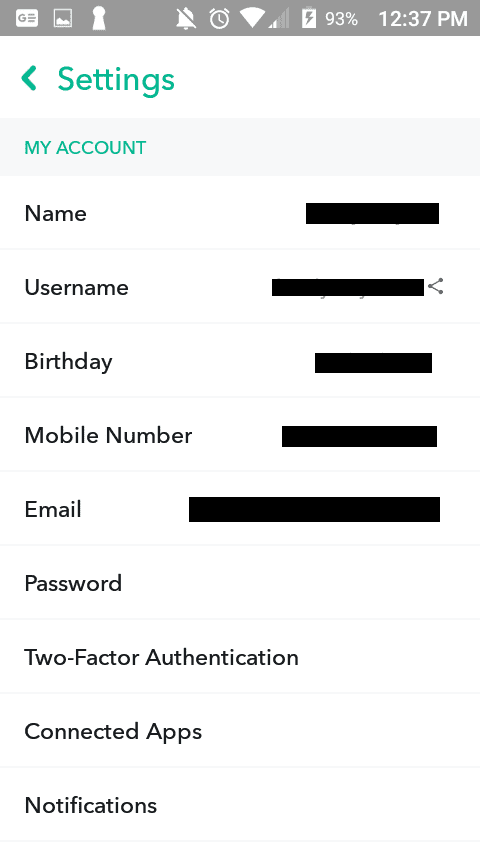 4. Make your way down the Settings menu to Mobile Number. You’ll find it near the top. Select it. 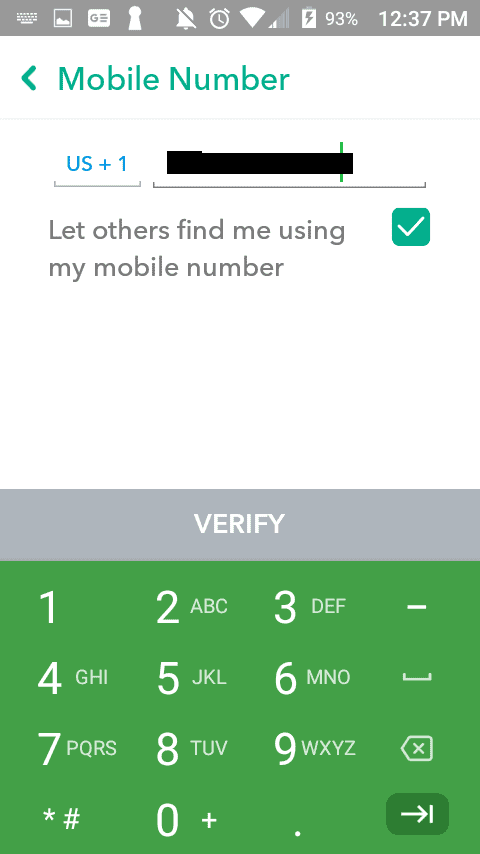 5. Just below your phone number, place a checkmark in the box for “Let others find me using my mobile number,” and then tap the arrow to go back.

There are no Snapchat phone number lookups that you can use to look up Snapchat users’ numbers. Due to privacy issues, Snapchat can’t reveal people’s numbers because they haven’t consented to it and it’ll cause a lot of privacy issues if they did.

Snapchat has millions of active monthly users, according to the company. It is viral among teenagers and young adults. Users of all ages may utilize the site to exchange photos, videos, and text messages. Snapchat, like other social networking platforms, needs you to sign up using your email address before you can use the service.