Home How To Android Can You Leave A Voicemail If Your Number Is Blocked? 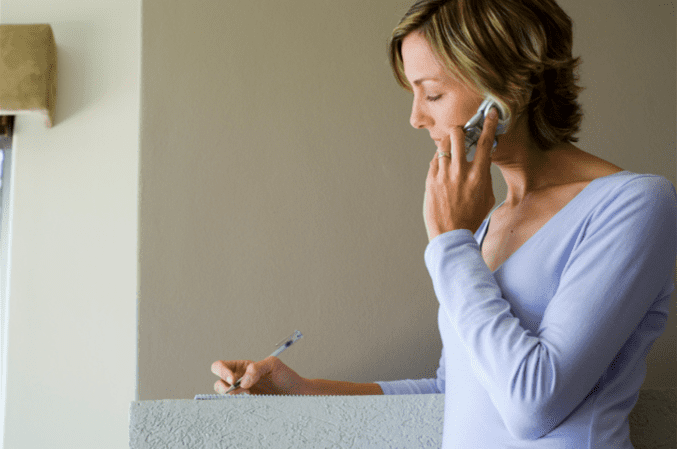 Trying to contact someone who has blocked you on everything can be hard. Especially when you can’t even meet up with them so the only thing you can do is try to contact them in the most stalkerish ways possible. On most devices, you’re given the option to block the person on the other end so that when they call you, they won’t be able to reach you.

If you’ve been blocked by someone, you might be wondering if there’s a way for you to send a voicemail to them since calls aren’t going through. Voicemail is a system that allows you to record input and send it as a voicemail to someone on your contact list. It means that people can listen to what you have to say without being in a conversation with you which could potentially lead to conflict since you’ve been blocked.

Can You Leave A Voicemail If Your Number Is Blocked?

All blocking someone’s number does is hide the caller id on the call history and stops calls from connecting. It’s impossible to literally block numbers on the carrier side which is why there’s no way to tell if you’ve been blocked by checking if you’re able to leave voicemails. So next time you block someone’s number or they block you, you actually haven’t been blocked by their carrier, they simply can’t see your caller id history on their phone and when you try to call them it’ll go straight to voicemail in most cases.

If you’re suspecting someone has blocked you, checking if you’re still able to leave them voicemails is not a good indicator because blocked numbers can still leave voicemails. Since carriers don’t actually block numbers, it’s hard to know for sure when you’ve been blocked.

The best way to check if someone has blocked your number is by calling them numerously and checking if the call rings once then goes to voicemail. If you do this for a week straight and it always goes to voicemail, they have blocked you. Another way is by calling them and checking what happens then getting a friend or a different number to do the same. If you notice that when you try to call them, the call doesn’t go through but when another number tries to call them, it goes through, you’ve been blocked.

Note: Although your voicemails can still be delivered to someone and they can listen to them despite the fact that you’re blocked, they can still block you from sending them voicemails using methods like blocking voicemail on Google voice or contacting their provider.

Can They Listen To Your Voicemail If They Blocked You?

If someone has blocked your number, they can still listen to the voicemail that you’ve sent them. Just because they’ve blocked you don’t mean that they can’t listen to voicemails they sent you – you’re still able to send voicemails to them and they’ll be able to listen to them like any other contact on their phone list sending them a voicemail.

Will Someone Get a Voicemail If They Blocked You?

When someone blocks your number, they will still be able to receive a voicemail if you send them one. When someone blocks you, the only thing they’re unable to get from you is your calls, but they can still get your voicemails and listen to them. They are able to listen and receive your voicemails just like any other voicemail that someone they haven’t blocked sends them. All the calls that you send to this person won’t be received by them, they’ll just be routed to voicemail and from there, they’ll be able to listen to them.

If I Block Someone Can They Leave A Voicemail?

Someone can leave you a voicemail if you block their number. When you block someone, you’re unable to receive their calls because your iPhone or Android can recognize the number and knows not to show it up on your screen. All calls that someone makes to you when you block them are routed to voicemail. From here, you’re able to listen to these voicemails just like any other voicemail that someone you haven’t blocked sends them. So yes, if you block someone, they can still leave you voicemails – in fact, all the calls they make to you will be routed to voicemail.

Where Do Blocked Voicemails Go?

How to Leave a Voicemail If They Blocked You

If you know someone is not going to be listening to your voicemails after you’ve blocked them, then you need to find other ways to get that voicemail or any type of voice message delivered to them so that they’ll listen to it. If they’re an avid voicemail listener, chances are that they’re going to listen to your voicemail anyway even if you are in the blocked section. To leave a number that blocked you a voicemail, simply call them and wait till the call goes into to the voicemail answer machine, from here, say what you want to say and the person that blocked you will receive it.

Sending a Voice Message to Them on Social Media

If you don’t think the person will go to the blocked messages section in the voicemail to listen to your message, you can send a message to them via social media instead, or even whatsapp. If your number has been blocked, you can still WhatsApp them messages – that’s if you haven’t been blocked on WhatsApp. If you have been blocked there, then you can message them via another social platform. The aim here is that they listen to whatever you need to say to them.

Calling Them On a Different Number

If they’ve blocked your number and you’re worried that they won’t get your voicemail, you can call them on a different number. If you have a different phone with a different sim, or you’re willing to change out the sim on the phone that they blocked you on, then you can leave them voicemails with your new number. They’ll be able to receive them like any other voicemail and they won’t have to go to the blocked messages section to listen to them which a lot of people don’t visit.

Calling Them On No Caller ID

Rather than leaving someone a voicemail, you can just call them. Although your voicemails will be delivered if they’ve blocked you, there’s a chance they might not listen to it. However, if you call them on no caller ID, then your calls will go through because their phone isn’t able to filter your calls since it can’t block unknown numbers – however on iPhone, people have the option to silence calls from no caller ids.

Asking Them To Unblock You

Rather than going to numerous lengths to get your voicemail delivered to them, you can just ask them to unblock you. Usually people are willing to do this if you’re important and close with them, but if you’ve been annoying and they don’t know you, then they’re not going to do this and the chances of getting your voicemails listened to from here is low.

How to Know If They’ve Blocked You

The best way to know is to call them multiple times over a long period of time lets say a week, and if all if your calls go to voicemail, it’s safe to say that you’ve been blocked. If they check their voicemails and can see that you’re non stop calling them which might look obsessive, then you can find out if you’re blocked without calling their number.

Looking at message information is not as reliable of an indicator as using test calls, however, some information displayed underneath iMessage can be helpful in determining if someone has blocked you on your iPhone.

Here’s how you can check if you’ve been blocked:

If you used to see ‘Delivered’ when messages were sent, and you no longer do, you might have been blocked. The delivered receipt is known to show inconsistently so this method may not always be reliable.

1. Open the Contacts app on your phone.

2. Tap on the number that you think has blocked you.

3. Click on three vertical dots in the upper right corner.

4. Select Delete to remove the number.

6. Tap on your phone’s search bar.

7. Type the name of that person.