Home Social Media facebook Can You Tell If a Non Friend Has Read Your Message on... 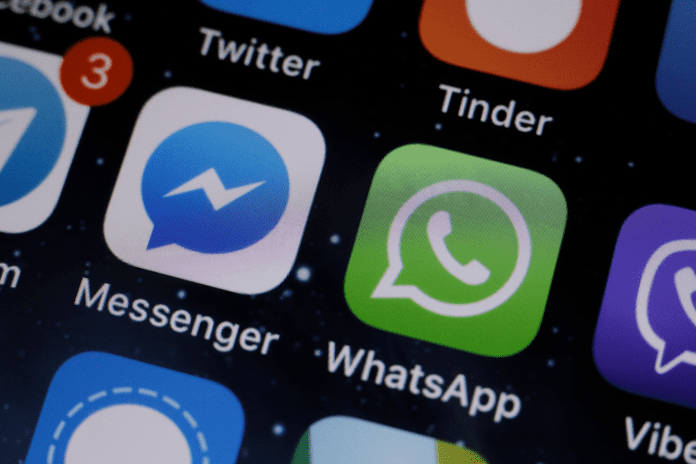 Trying to send a message to someone who isn’t a friend on Facebook can be challenging especially because of privacy settings allowing people to turn off who can message them at any given time. If you’ve managed to send someone who is not your friend on Facebook a message via messenger, then you be thinking if they’ll be able to read that message without being friends with you.

When you’re friends with someone on Facebook, when you send them a message, they receive it directly to their inbox and they’ll be able to see the message once they visit it. But when you aren’t friends with someone, it can be a bit tricky to know if they’ve seen your message or not because there are no clear indicators.

Can You Tell If a Non Friend Has Read Your Message on Messenger?

If someone is not your friend on Facebook, they will still be able to read your message via the message request section on Messenger.

People who aren’t your friends can still see your messages but there’s an extra step for them to read it, unlike someone who is your friend. The message requests section is a folder of people who have tried to message you but you’re not friends with them.

Facebook doesn’t let messages from people who you aren’t friends with end up in your normal inbox because if you were a popular person, it’s possible that you could get bombarded by a ton of people who don’t know you and you wouldn’t be able to read the messages that matter in your inbox.

This is why you need a separate inbox for people who you aren’t friends with so that you can decide whether you want to read it and respond to them.

Friends or not, Facebook has a tool on messenger that works automatically so that when someone reads your message, the small circular icon shows up in the lower right corner.

Their profile icon will drop down next to your message letting you know they have visually seen it. If you’re a very active person on Facebook, the notification from your non-Facebook friend may go unnoticed. If they reply, you will see something in your messenger stating the following: “

You can now send messages and call each other and see info like active status and when you’ve read messages”.

1. They’ll Read The Message In The Request Folder

If you’ve sent someone a message and you’re not friends with them, they’ll have to go into the message request folder and from there they’ll be able to read the message.

You won’t know that they’ve seen the message because Facebook wouldn’t give you any information about their active status or whether they’ve read the message.

In most cases, people don’t actually check their Messager message requests so trying to gauge whether someone has read your message in their requests folder, chances are they haven’t.

If they add you as a friend soon after, you’ll know that they’ve read the message plus once you accept it, you’ll see the seen status under the message you send them.

When you send someone a message, regardless of if you’re friends with them or not on Facebook, they’ll receive a message notification and from there they can read the message that you sent them.

Of course, you’re not going to know that they read your message, but in some cases, they’ll see a notification and they’ll be able to know that you read their message.

On Facebook, when you send a non-friend a message it comes in on their end as a message request. They have the option to click on it and reply, block you, or report the message (if applicable).

Your message is delivered to their Facebook chat list, this is where most spam tends to go. But, if you send a friend request first and they accept you, then your message will go into their main messenger chat list instead of where most spam messages go to.

Once the message request is accepted, it will say you can now chat with each other and see when each other has read messages and seen info like active status for a little while. Here you can finally video chat, voice call each other and more!

But remember, an acceptance in messenger chatting does not mean you’re added to their Facebook, it just means you two can chat back and forth without being lost in the message request folder, the (spam) folder. You can even send links to each other if you wanted to from Facebook and other popular social media apps.

Yes! But, that doesn’t mean it will always get noticed. Nine out of ten times, your message will end up where most spam messages tend to go. In most cases, you can send a message to virtually anyone on Facebook, whether friends or not.

Even if they are not friends with you, you will always receive the message but, it’s your job on your end to look through the spam to see who is sending you message requests.

You can send messages to anyone on Facebook, messages you send to people you’re not friends with may arrive in their message request folder. Your message won’t reach people who have blocked you on messenger or Facebook chat.

Can You Message Someone On Facebook If You’re Not Friends

Any message that you send to someone you’re not friends with will land in their message requests folder. Your messages won’t reach people who have blocked you on Facebook chat or messenger.

It’s best to try to befriend them first on Facebook, so your message can go to their Facebook chat list primary category and they can see it on the very top.

They would also get a notification for the message from Facebook messenger, and you could enjoy all the other great features Facebook has to offer when you connect with others on this social hub platform.

You can even send money on Facebook messenger, as long as the person accepts your message request, you could even invite them to specific Facebook groups or even have them like your business page on Facebook by invite.

But, if you’re not friends you will not be able to tag each other in photos, status, or anything else. You must be connected on Facebook to receive the full features Facebook has to offer.

Yes! Someone can still see the message you sent even if you’re not friends on Facebook. You can send a message to anyone on Facebook regardless of friendship status or privacy settings.

They can see your message even if they do not accept your message request. The icon will slide down and go next to the message you sent so it shows they have read it and received it. You can even delete the message, but once they have seen it they will still have it at their end.

Can You Message Someone Without Being Friends

The short answer is, Yes! You can still message someone without being their friend on Facebook. It will pop up as a message request, or in the spam section of messenger.

Many people do not pay attention to their message request because it’s mainly spam and fake accounts there.

It’s best to send a friend request beforehand so your message can appear in the main chat list and it will not go unnoticed by the receiver. But, even without being friends on Facebook, you can still send messages, as many as you want and even voice notes also, as many as you want.

If I Open A Message Request On Facebook Will They Know

If you open a message request on Facebook, they won’t know that you’ve opened it unless you accept their request.

They will however, know that you haven’t accepted the message request if the person goes back to check the message they sent to you as Facebook sends a notification once the request has been accepted.

They will not be able to see any status or photos on your Facebook timeline (if) you posted it as only friends on your privacy section. Other than that, they will be unable to see anything from your page.

You can even post on your timeline and use the “only me” privacy setting so that not even your friends can see it unless they’re tagged. They will be unable to video chat and voice chat with you unless they befriend you or accept your message request.

So again, if they are not your friend on Facebook, they will not see much. Even if you have mutual friends they will not see anything on your timeline unless you tag someone from their page then they could see a photo, quote you may post, or even a status.

You must be friends with the other person to see their active status, you will not see this even if they accept your message request.