Home Do More Gaming Best Board in Subway Surfers (Top 10) 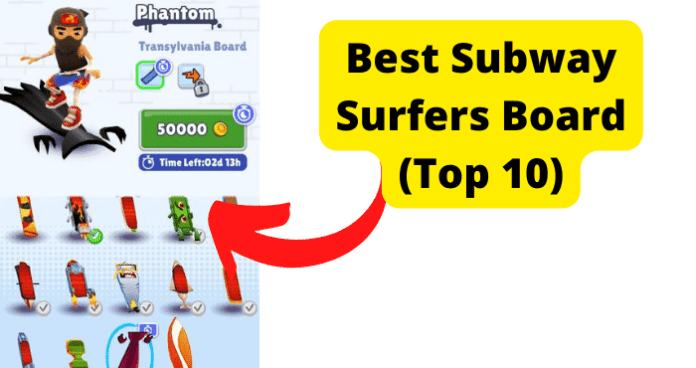 Many subway surfer users have this question, “what is the best Subway Surfers board?” So that you can get that speedy high score that you may have been crashing your hoverboard over and over in attempts to reach.

So let us levitate our thoughts and find the best boards for Subway Surfers.

Best Board in Subway Surfers

When discussing the best hoverboards in Subway Surfers, it is worth mentioning the rewards for daily challenges that allow the opportunity to get a new hoverboard.

Most of these daily challenges depend on the player’s obstacle dodging skills and if you (the player) can gather enough coins, keys, and specific items that you can use to unlock characters and hoverboards.

Perhaps, you unlocked the hoverboards by in-game purchases and or by connecting your Facebook to the game, which despite what some may think, is entirely a valid way of going about gathering the hoverboards.

While some of these boards may cost a lot of “Coins,” they are indeed worth it since they will each offer different and unique advantages.

Plus, “Coins” are relatively quickly gathered; it may be the keys you will have a more difficult time gathering.

There are a staggering amount of different hoverboards that you can potentially unlock in “Subway Surfers,” but we will be glad to list the best for you.

Keep in mind that the number one spot is considered the best board, and those that follow are arguably adequate in their own right.

Many of these boards have their own unique special abilities that set them apart from one another, and others may not have any upgradable qualities.

With that said, each board brings its very own advantages, and only testing them can really inform you if the board is suitable for your style.

Another critical point is that you will also want to aim to stack abilities so that each one amplifies the other, which can only benefit you and your run time. Without further ado, let us find out what the best hoverboard in “Subway Surfers” is and how you can unlock it.

#1 Monster Board (With Upgrades) 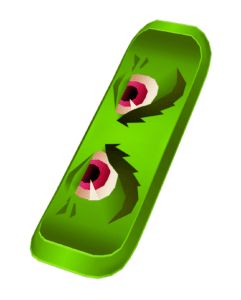 The monster board has to take the number one seat, and it has three forms, the first form being a smooth board with a green monster color, angry eyes on the top, and twin exhausts pointing towards the back.

So long as you can keep your hoverboard meter up, this has to be one of the speediest boards available for coin purchase coming in at a reasonable 30,000 coins.

Once you have purchased the board, you can get the 2014 introduced Speed Up upgrade for the cost of 50 keys. You will also want 2015 introduced Super Jump upgrade so that you can leap over any obstacle, including guard fences and, of course, trains.

#2 The Great White Board 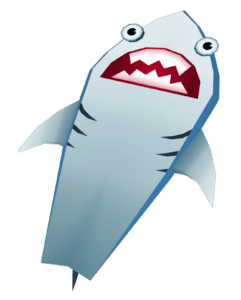 Starting with the obvious, this is the only board on Subway Surfers to resemble a great white shark, and according to research done on hoverboards, it is the second fastest board you can obtain on Subway Surfers.

Like any other hoverboard in the game, it will protect you from crashing for a total of 30 seconds. If or when you crash, the board will explode and recharge after a few seconds before you can use the board again.

The great white Board can be unlocked by purchasing it with 20,000 Coins.

The great whiteboard also boasts the “Smooth Drift” upgrade, so as long as you are willing to drop 60 keys for the upgrade, you can also add on the Speed Up upgrade to increase its speed.

This board also uses the same surfboard animation as the surfboard hoverboards, and this makes sense since they are the same shape.

#3 The Skull Fire Board 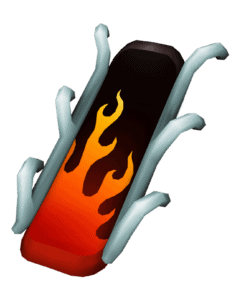 The skull fire hoverboard was introduced to subway surfers users with the “New York” release and can be equipped with the double jump upgrade, along with the Speed Up upgrade.

However, these upgrades cannot be used simultaneously; instead, they can only be added independently.

It is a speedy and flame-designed board that gives it a hotrod feel to it. The skull fire board is one that protects you from crashing for 30 seconds, and like most hoverboards, when you crash, it will explode, and it will need to recharge.

With flames bursting out from the front part of the board, you can tell you will be burning over the train tracks leaving the inspector and his dog well behind. You can pick up the skull fire board for a staggering 75,000 Coins.

This board is probably one of the most unique-looking hoverboards, as it looks like a portal that you can ride. The teleporter board has the unique ability to zap sideways instantaneously, which allows you to change lanes in less than a second.

With that said, what the board lacks in speed, it makes up for in practicality. This board may not be able to be equipped with any upgrades, but it is certainly a contender to be considered when debating what hoverboard you should use. 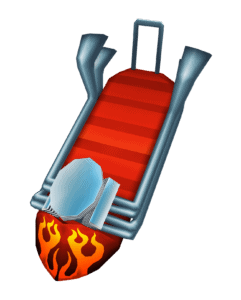 The hotrod has the special power of “Speed Up,” which means you will be flying through the tracks with ease. With that said, the hotrod board is not a special edition. You can unlock this board with a generous deposit of 280,000 Coins.

This hoverboard was available for free in both the “Mumbai” and “Mexico City” editions, along with the “Bangkok” update. The hotrod board is one of the only boards that can make the character vibe when surfing on.

This hoverboard is one of the most attention-grabbing boards, with its very own engine sitting at the front of the board along with flames and exhausts licking backward. 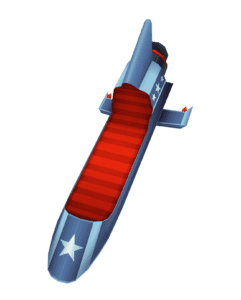 This hoverboard comes in a little pricey at 85,000 Coins, but it should be worth it with its “Speed Up” special ability that will catapult you forwards at incredible speeds.

The board itself is shaped like a rocket and, of course, protects the user from crashing for 30 seconds; once you have crashed, the board will explode, and then it will recharge after a period of time.

Unfortunately, there are no available upgrades for the daredevil board, but it makes up for it with its fantastic speed. 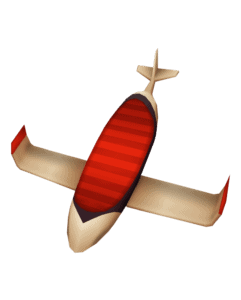 This is also an expensive hoverboard and is actually the most costly hoverboard in the game, coming in with an eye-popping 360,000 Coins to unlock; however, it could be worth it since it has the “Smooth Drift” special ability.

The Windglider was introduced with the “Tokyo” edition in 2014. The board makes it appear as if you are riding an airplane through the train tracks.

The board’s “Smooth Drift” ability, formerly known as “Air Drift,” allows the ability that after you jump, wings will stick out, and you will be able to glide downward for a few seconds, giving you a decent advantage.

Also, when the super sneakers are activated, the Windglider board will glide higher, allowing you to glide over obstacles and trains alike. 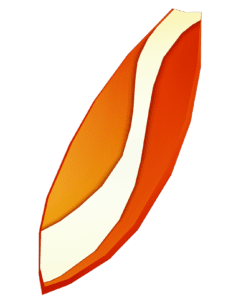 A remarkable attribute of the big kahuna board is that when your character is riding it, they will act as if they were surfing the waves.

This surfboard hoverboard hybrid can be unlocked for 65,000 Coins, and you can get the “Stay Low” upgrade for sixty keys; you can also get the “Smooth Drift” special ability only for fifty-five keys. 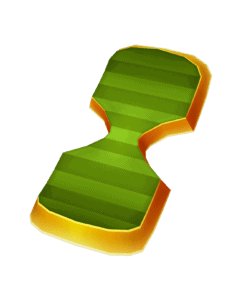 The Bouncer board may not be the fastest board in the game; however, it does have the special ability of “Super Jump,” which will allow you to jump over any obstacle or train that is in your way.

It is important to note that all bouncer hoverboards will automatically grant players the “Super Sneakers” power-up, which will make gameplay much more straightforward.

The “Super Sneaker’s” time will resume after the hoverboard timed out. You can get the Bouncer board for 280,000 Coins, and like most hoverboards, it will protect the player from crashing for 30 seconds.

When you do crash, the hoverboard will explode and will need to recharge for a period of time. 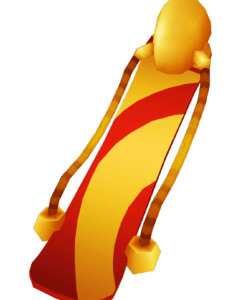 The Freestyler board will cost you 45,000 Coins, but this price may be worth it, with its upgradable “Super Jump” special ability. Like many other hoverboards, it will protect the player from crashing for 30 seconds, and when the board explodes, it will need some time to recharge fully.

Typically the Freestyler board has black foot straps, but with the “Super Jump” upgrade, it has orange and green foot straps, which look great with the board’s futuristic design.

Subway Surfers is a highly entertaining game that keeps its players engaged and focused on what is to come, which, when applied to everyday life, can prove to be a helpful tool.

If you want to clear every scenic setting and do it at record speed, you are going to want to go with the Monster board.

With both upgrades applied to this board, you will be flying through challenges with minimal troubles. With these endless runner games, speed and timing are absolutely crucial to you completing the challenge in a flash.

While it is excellent to know what is the best board in “Subway Surfers,” it is also good to know what works for your style.

Any way you look at it, you want a board that works with your style so that you are using your best skills and upgrades to your full advantage.

Most of all, remember to have fun with it and not to overthink it too much, as “Subway Surfers” is a game made for entertainment and has stood the test of time since it is so entertaining for its users.

Whether you have been playing for years or you just recently started playing to pass the time and have some fun while you are at it, “Subway Surfers” is an excellent way to do so.

We hope you found the best board for you in this feature and if you did, consider sharing this article with a friend that may not be too familiar with hoverboards and their individual advantages.