Did you ever make flipbooks out of doodles as a kid or how about taking bursts of photos and pieced them together as if you were moving in a slide show? Well, if you were ever good at those things, you can take it to the next level through stop motion apps. You just need to download them on your phone and you’re good to go.

Stop Motion apps let you go to the very core of video and film making by adding frame by frame images that will contribute to the video in motion. If you saw a video of clay characters moving and talking, then you’ve seen a stop motion video output. 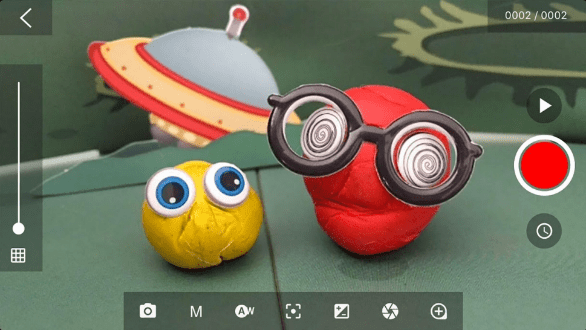 The Stop Motion Studio app is considered as one of the best stop motion apps for smart phones. The app has an easy-to-use interface that allows you to tap into your creative imaginations and create stunning stop action movies. The app has basic video editing tools such as cut, delete, copy, paste, and other modes such as overlay, grid, frame-in-frame, and many more.

The app has advanced features like the full HD quality output, green light, themes, titles, and other editing tools. You can even use a remote cam to take your shots and is supported through in-app purchases.

Stop Motion Studio lets you create stop motion animated movies instantly and anywhere on your mobile phone with no computer required. This app is available through the Google Play Store or the iTunes App Store. 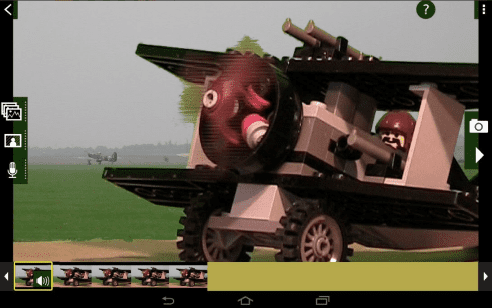 I Can Animate app is a simple and easy to use app to create stop motion animation movies. You can try it for free and bring brick models to life. The app lets you organize your animations into clips for easy management. You can also add sound effects from its audio library or record and import your own sound effects to use as your sound track.

The I Can Animate app allows you to capture your movies against a green screen which will make your videos have customized backgrounds or backdrops. This means you can apply video locations such as under the sea, on the beach, or anywhere else you can think of.

You can also have your movies in Ultra High Definition with four times the resolution of a full HD.

This app is available via the Google Play Store and the iTunes App Store. 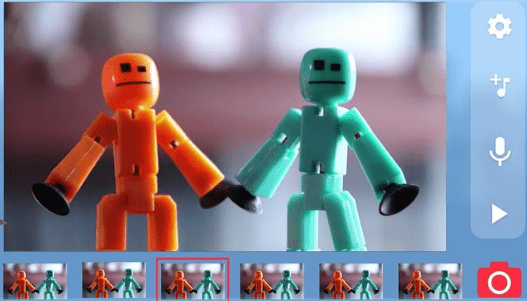 The StikBot Studio app is quite popular because of its features and capabilities. First, the app lets you easily create stop motion videos on your phone or tablet using any of your favorite toy or action figures. If you think about it, this type of app is great for kids and adults alike.

You can create great stop motion movies using this app because it has features like background editing, insert frames, and add stickers. You can directly use the built-in camera to shoot objects or import photos from your gallery. On top of that, you can also add sound effects, music, or voice with the simple editing tools.

This app is available via the Google Play Store and the iTunes App Store.

The iMotion app is a powerful time-lapse and stop motion app. It features 4K Ultra High Definition that lets you capture in 1080P and 720P videos with an ultra-speed shooting of up to 10 FPS. It also supports portrait and landscape orientations and allows you to use either of your rear and front camera.

The app has a quick and smooth interface and can auto-save your creations while showing a direct preview. You can add an audio soundtrack to your movie using the import, microphone, or Audio paste. On top of that, you won’t have to worry about the length as it has an unlimited time duration so long as your device as enough storage. Plus, you can import multiple frames from your photo library when you have the full version.

This app is only available for iOS devices so you can download it from the iTunes App Store. This app is free to download but if you need more features, you can have the iMotion full version for only $3.99.

Frameographer is a simple and great app for making time-lapse and stop motion movies. Its interface is clear and perceptive so you’ll surely want to check this one out. The Frameographer app lets you capture and export videos in HD quality with 1080P. It has a manual and automatic shutter setting so you can make higher quality videos because there’s more control in terms of exposure and focus.

The app works well even under minimal lighting conditions. This means you can still capture your movies with no hiccups because of the low-light boost mode. On top of this, the frames per second adjustment will come in handy during the production process.

You can also add frames to a preexisting project; add a soundtrack from your iTunes library and use either of your rear or front camera. This app is exclusively available for iOS devices so you can download it through the iTunes App Store and goes for only $4.99. 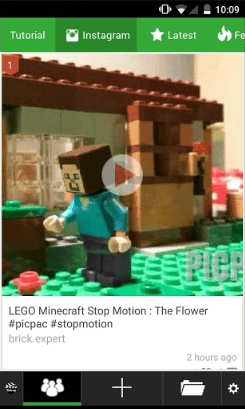 PicPac Stop Motion is an app for making both stop-motion and time-lapse videos. You can either make your videos through uploading photos and videos from your phone’s gallery or through the video and camera feature built-in the app. The free version of the app lets you create 360P quality videos. You can add your own recorded audio, select music from your library, or search for music online.

The PicPac app’s pro version will allow you to remove the watermark and have your own ending logo for your videos. The pro version also includes higher output quality. You can create your videos at 480P, 720P, or 1080P. As an added bonus, you can duplicate and merge your projects or add photos to your existing ones.

PicPac is exclusively for Android devices, so you can download it via the Google Play Store. 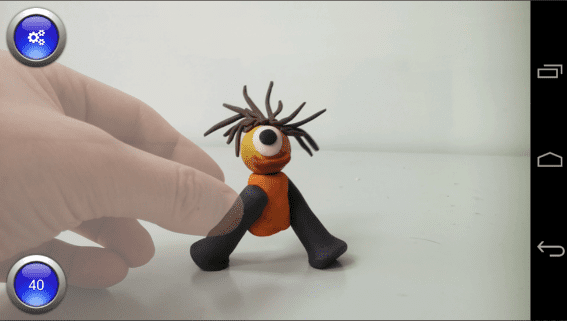 The Clayframes app is a stop motion animation and time-lapse video app. The app is easy-to-use and contains many features for your stop motion videos and movies. It has an onion-skinning feature or transparent overlay for easy editing. This will result in smoother movements in your videos because you can align your current shots with previous ones.

You can also add effects and music, as well as record your own voice for your soundtracks. The editor can also adjust your playback speed. It also has an MP4 video exporter for any Android 4.3 devices or higher. The output is compatible with the playback apps built-in your Android device.

Clayframes is exclusively available for Android devices and can be download from a thrid party. On your Android, you’ll have to allow third party apps to be installed on your device.

Stop motion apps are great. It’s one of the many techniques in video production and film making that’ll really give you a good learning experience. For many individuals, stop motion can be your starting point or something you can excel at.

Download a few of the titles above and give them a try. You’ll find the best app for your videos when you try them out a few times. The important aspects to watch out for is the ease of use and the quality output.

Pro Tip: Many instructional videos are available online. When you combine learning and practice, you’ll be a great video producer and director in only a short period of time.