Have you ever had that dream where you were mayor of the big city? You made every citizen happy, signed a lot of important documents, cut up ribbons, and kissed babies. If you think about it, that’s the life. Well, you can turn that mayor dream in to virtual reality. The ingenious game developers of this world have created their very own version of complete city dominance.

Here are 7 best City Building games for your PC: 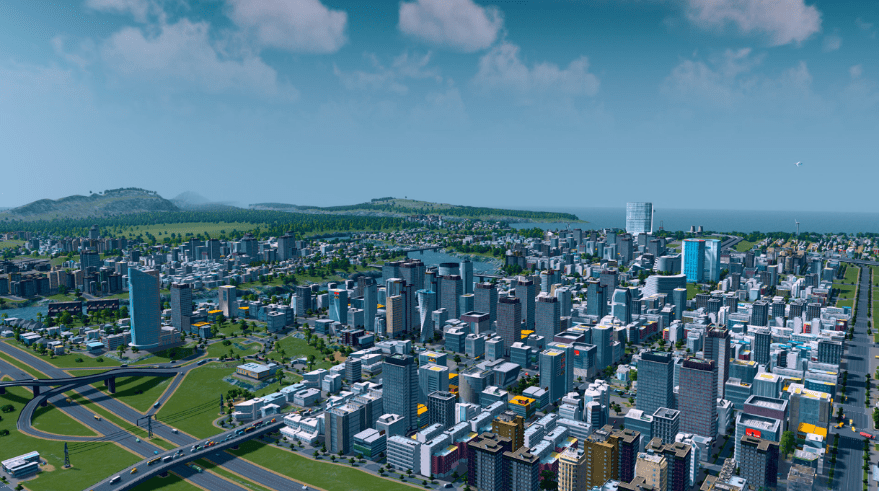 CITIES: SKYLINE wants you to build the next best city and lets you play as the mayor of your city, more than just an administrator from city hall. You construct the city from the ground up, even the simple or complex road works. You’ll be managing the city’s essential requirements such as education, water, electricity, police, fire fighting, healthcare and the city’s real economy system, which is the most challenging.

Constructing your city is easy to learn but mastering everything is thrilling and hard, but once you have, you’ll truly feel like a management expert. The game utilizes a fully enhanced and well-crafted local traffic simulation and transport system. It changes during the hours of the day and night which affects the citizens’ schedule. The traffic is much slower at night and some zoned areas do not work efficiently. This puts you in control of managing the different aspects of the day and night cycles. The hustle and bustle of the city will certainly keep you busy. 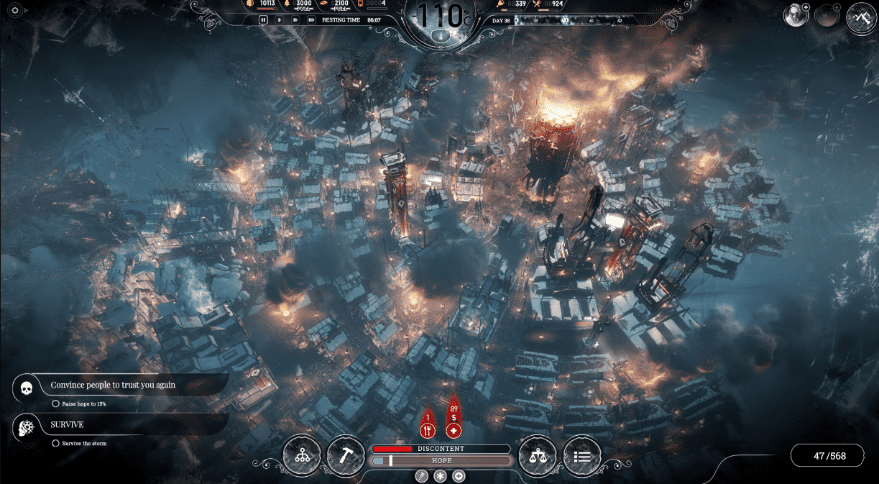 FROSTPUNK is a society survival building game that puts you in charge of managing the last city on Earth. As the ruler of an entirely frozen world, your primary duty is to maintain and to manage the temperature to keep your people alive. Fighting for survival, at the same time manage the infrastructures. You’ll start out with simple shelters powered up by steam before you move on to highly advanced infrastructure with self-powered automatons, airships, and other technical vehicles. This game really pushes your strategic skills to the limit.

Every decision could mean life or death to your people. It all depends on your management and leadership skills. You can decide what rules and laws to set on how to govern your people by choosing different paths and managing their routines or day-to-day lives. 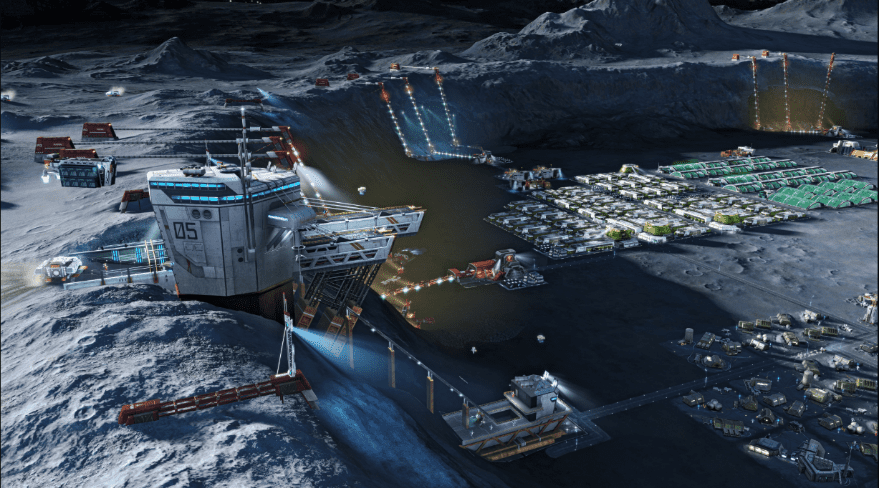 ANNO 2205 is a futuristic city building game. The player competes against a group of rival corporations who are recklessly determined on outperforming you. Conquer the Earth and build large, bustling-in-technologically driven cities. After that, take your sights to the skies to build grand industrial complexes on the Moon. This lets you mine the Moon’s resources to further build a prosperous developing city for your people.

You must manage the needs, resources, profit and all those other things for the development of new technology and manufacturing. It’s quite a complex game at first and turns out to be manageable the longer you play. If you think about it, actually wandering around space and settling on the Moon is truly a thrilling experience. You can control your growing city simultaneously on Earth and the Moon. You’ll experience the future with flying cars and space travel. 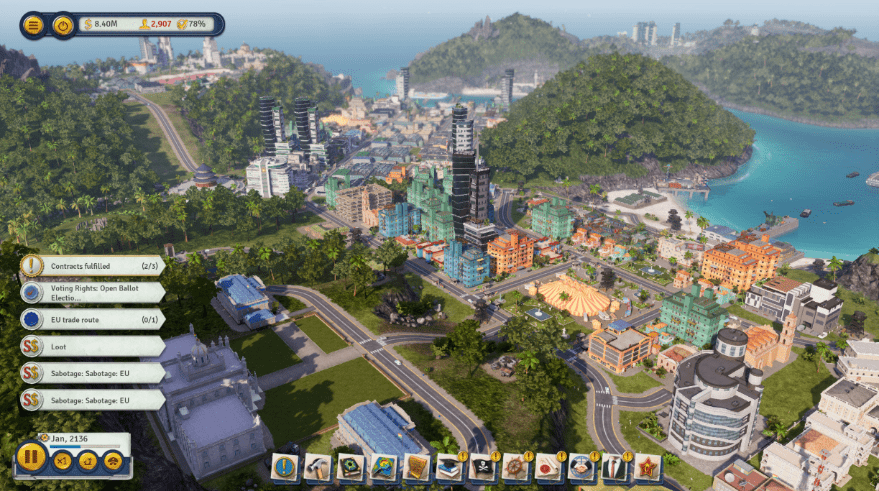 TROPICO 6 is a fun city builder game, which lets you take the role of “El Presidente” the mayor of your own little island. You can build a community from the ground, manage resources, and engage in politics, trade and much more. Create and manage multiple cities across several large islands all at the same time and adapt to new challenges to overcome and conquer.

Connect your islands by building bridges and tunnels, transport your citizens and tourists in taxis, buses and aerial cable cars. This game offers completely new transportation and infrastructure possibilities. And a big part of being a mayor is giving lavish speeches to your citizens and giving them lots of empty promises to keep them in the palm of your hand. Well, maybe you’re not a good leader, but you can give a good election speech that your citizens could count on. Prove yourself as a feared dictator or peace-loving statesman on the island and shape the fate of your empire.

With no oxygen, cold temperatures, and barren landscapes, settling down and building human colonies in this Red Planet and calling it home presents unique challenges. SURVIVING MARS is a sci-fi city builder which is all about colonizing Mars and surviving the process. The task of keeping your colonists alive is not an easy one, especially on a strange new planet. You need supplies, oxygen, decades of training, experience with sandstorms, and a positive attitude to discover the purpose of those black cubes that appeared out of nowhere.

Explore the unknown terrains of the alien planet with drones to unlock more elaborate ways to shape and expand your settlement. Thorough research, experimentation and careful planning can improve your chances of surviving the harsh environment of this dusty Red Planet. Discover the wonders and secrets of this planet with minimal casualties.

Discover AVEN Prime, an alien planet several light years from Earth, where you need to colonize an alien planet with the aim of successfully settling in and expanding, build a new human colony and try to survive the conditions. You’ll overcome a lot of challenges like management of resources, environmental factors and the aliens themselves. Creating a new world can be stressful. You must work overtime to help your people adapt to the new environment.

Great skills are required to manage the 12 distinct “overlay” modes such as your colony’s Crops, Citizens, Happiness, Crime, Air, Electricity, Employment, Resources, Commute, Structures, Drones, and Water to keep your people alive. To rise in your rank from Colony Governor to Expedition President, you have to deal with and balance the morale of the people in your colony, as they will hold elections and can vote you out if you don’t take care of their needs. There are lots of secrets to uncover and plenty of room to explore the strange new world. There’s plenty to do and see as you establish a comfy colony for your people. 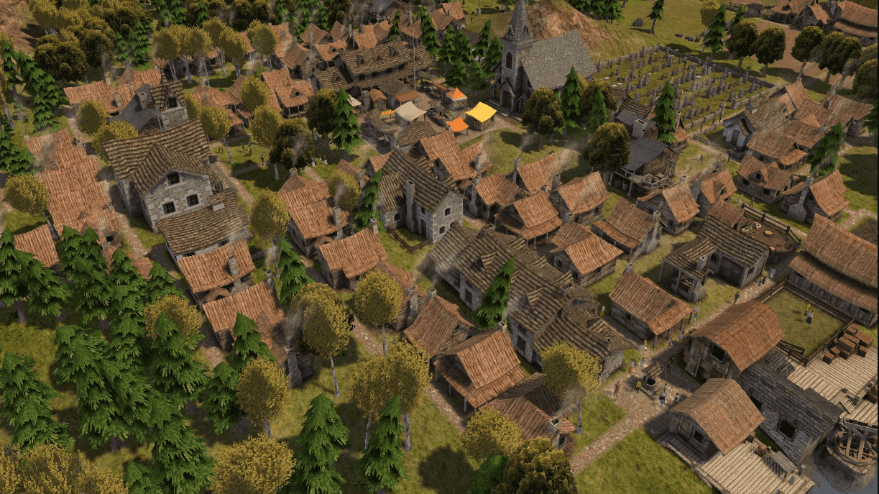 BANISHED is a city building strategy game that lets you build and manage an isolated society. The townspeople are your primary resources. You’ll start with nothing except a few people to grow. They are born, grow older, work, have children of their own, and eventually die. Keeping them healthy, happy, and well-fed are essential to make your town grow and to survive.

There are twenty (20) different occupations that the townspeople can perform from farming, hunting, and blacksmithing, to mining, teaching, and healing. There’s no money. They have a system called Barter, exchange your hard-earned resources for the arrival of trade vessels. Merchants are the key to adding livestock and annual crops to the townspeople’s diet; however, their lengthy trade route comes with the risk of bringing illnesses from abroad.

Banished has all the seasons where you will face challenges during each. During Spring and Summer, you need to cultivate food and collect wood to build houses and as firewood. In Autumn and Winter, people will die if they are not warmed from fire and famish if they run out of food. The game is quite complex to understand and overcome before you can really build a large town, but it’s worth every minute.

City building games are great. You have the power and authority to implement your will over your city’s constituents. Although, they may be digital and virtual in nature, you still get a similar experience, nonetheless. The important thing about these types of games is that they come quite close to simulating a real experience. It’s not every day that you can say that you know how it feels to be in the mayor’s shoes. Anyway, the most important aspect is the fun you’ll have. Each of these games ensure hours and hours of strategic gaming satisfaction.

If you found this guide useful, check out other app reviews, game lists, and tech articles found in this site.